[THE INVESTOR] Samsung Electronics has recently renamed the project name of its upcoming foldable smartphone “Winner,” ditching the previous “Valley” that it has used since 2015, according to local news outlet The Bell on May 4.

Citing unnamed industry sources, the report said Samsung has recently informed suppliers to start supplying some parts from November this year. Considering the phone assembly takes about three months, the phone could be unveiled early next year possibly at the Mobile World Congress in February. 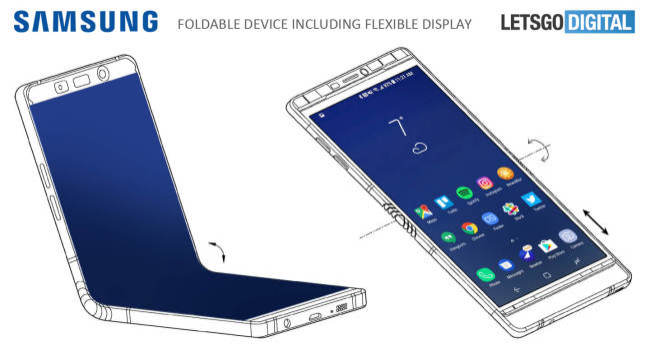 A rendering image of Samsung's foldable phone by LetsGoDigital


Samsung has reportedly reduced the initial production volume to about 300,000-500,000 units to first gauge the phone’s marketability. Samsung usually ships more than 50 million units for its flagship Galaxy S or Note phones.

Due to the tight production schedule, sources predict little changes will be made to the latest prototype of the mass-market model. Samsung unveiled the prototype to a small group of global partners at the Consumer Electronics Show in January.

Based on the prototype, the in-folding type phone is expected to have three 3.5-inch OLED screens -- two inside and one outside. When unfolded, the two screens inside become a 7-inch large screen.

The Bell added that the foldable phone’s pending debut may advance the unveiling schedule of the Galaxy S10 next year. The 10th anniversary model with the project name “Beyond” is likely to debut at the CES show in January unlike its predecessor that was unveiled at the MWC this year.