[THE INVESTOR] Shinsegae Food said on Nov. 28 it will set up a 50:50 joint venture with a Malaysian food company in its latest push for the soaring halal food market in Southeast Asia.

The firm said it recently signed a deal with Mamee Double-Decker, a Malaysia-based food manufacturer and distributor. The JV, named Shinsegae Mamee, plans to launch a line of halal food. Shinsegae will provide the manufacturing technology as well as its know-how for restaurant and bakery operations, while Mamee will provide operational infrastructure, including sales network and export support. 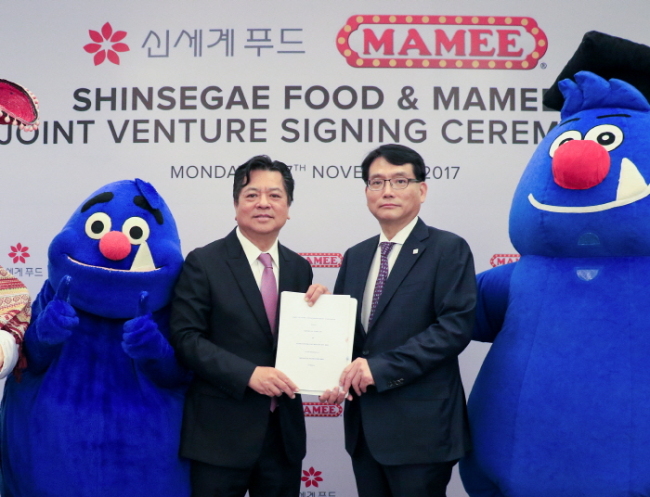 As an alternative to China where diplomatic uncertainties are growing, Shinsegae has been turning its eyes to Southeast Asia with a keen interest in Korean cuisine and culture overall. Malaysia, in particular, has the largest halal food market thanks to a high concentration of Muslims.

As the first project of the JV, Shinsegae is planning to launch a Korean-style ramen using its own halal certified sauce along with noodles produced by Mamee. The firm plans to expand its lineup with Korean style seasoning and sauces that are halal certified.