Millie’s Library pushes ahead with IPO despite lukewarm market 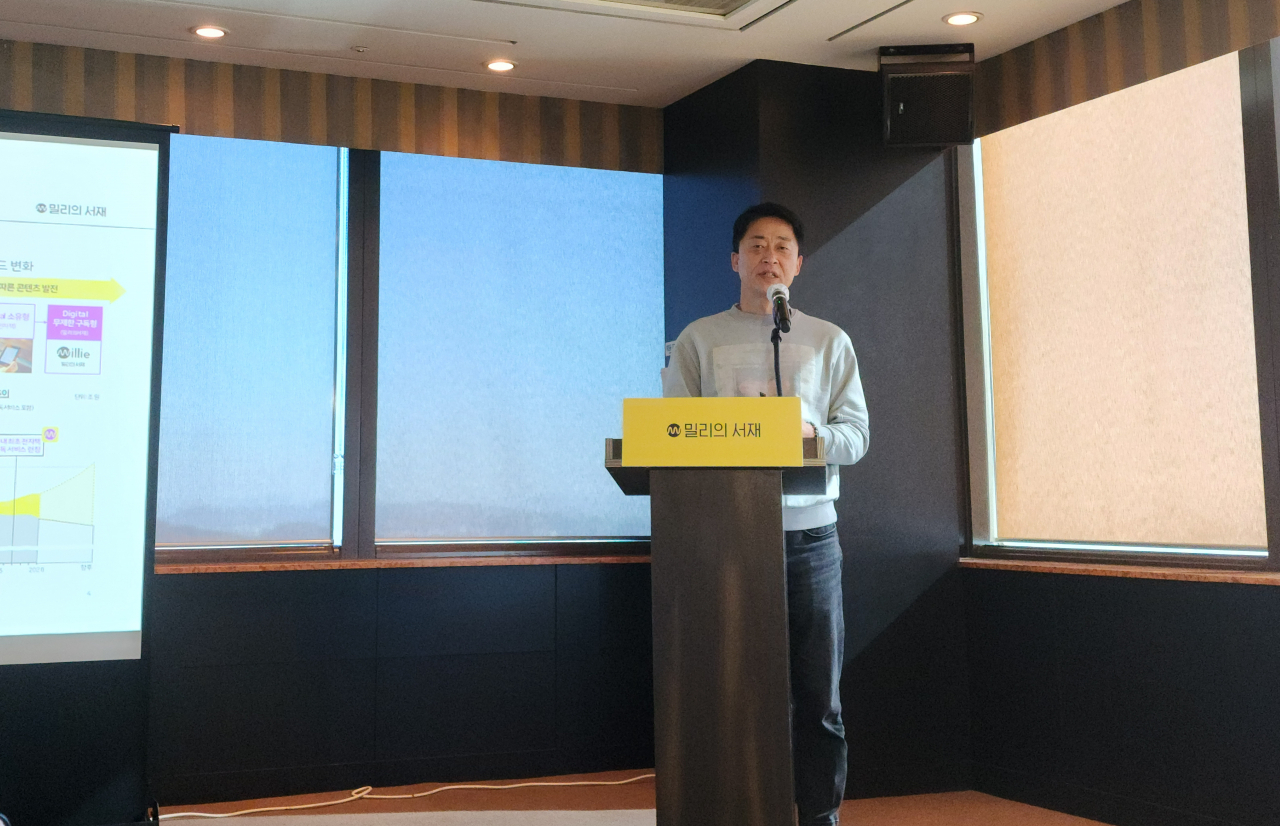 Millie’s Library, one of South Korea’s largest e-book subscription platforms, said Friday it will make its stock debut on the tech-heavy secondary bourse Kosdaq later this month, despite the unfavorable market sentiment.

“This is the time to invest in growth. We aim to grow into a multicontent platform based on reading,” Seo Young-taek, CEO of Millie’s Library, said during a press conference held the same day.

"The company no longer requires marketing tactics to increase its brand awareness. We expect our marketing costs to take up about 5 percent of our expenditures after the IPO," he added, stressing the market debut aims to bolster its content.

As part of efforts for greater diversification of the content it offers, Seo said the company will search for new and talented writers to sign to exclusive contracts.

After testing the waters with two-day preliminary proceedings on Friday and Monday, the company is planning to make its stock debut on Nov. 22. The main underwriter is Mirae Asset Securities.

Millie's Library's IPO comes amid dampened appetite for stock listing debuts, with large platform companies such as One Store, Kurly and K bank delaying their listings due to a dramatic slowdown in the IPO market. South Korean car-sharing company SoCar, which debuted on the nation's benchmark Kospi on Aug. 22, weathered an apathetic response from institutional investors and joined a long list of market debut flops.

"Institutional investors are expressing regret over why we are listing at this time, but I thought it was time to publicly push our business," said Seo. "Even if the public offering funds decrease, we thought we should acquire investment with the listing,"

Launched in 2017, Millie’s Library services 110,000 e-books through 1,400 publishers. The company is the first here to provide an e-book subscription service. Millie's Library turned a profit with revenue of 21 billion won and an operating profit of 1 billion won in the first half of this year.