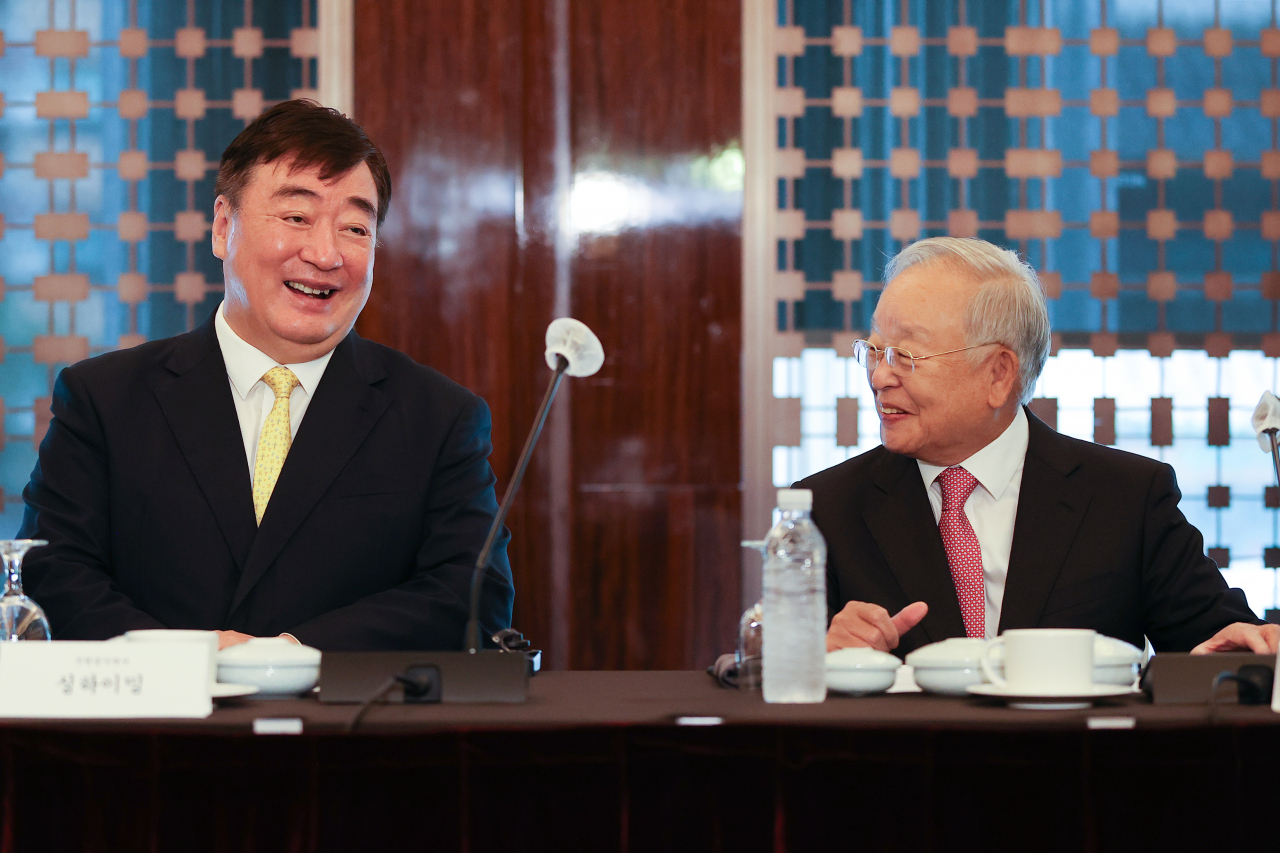 The Korea Enterprises Federation held a meeting with Chinese Ambassador to Korea Xing Haiming at a Seoul hotel on Thursday to discuss ways to further bolster economic ties between the two countries.

KEF Chairman Sohn Kyung-shik and other business leaders representing major companies, including Hanwha, Doosan and Hyundai Motor, took part in the annual meeting that was launched in 2020.

“Celebrating the 30th anniversary of their bilateral ties this year, South Korea and China are crucial partners in terms of economic, social, cultural and human exchanges,” the KEF chief said during the meeting.

He cited the surging trade volume between the two countries that has seen an almost 50-fold growth from $6.4 billion won in 1992 to $300 billion last year.

“It is a worrisome situation for both South Korea and China that supply chain and inflation risks are deepening amid ever-evolving international affairs and protectionist policies,” he said. “This is a time for us to join forces.”

The Chinese ambassador echoed the view, saying “China will continue efforts to build a more business-friendly environment for foreign firms, including those from Korea, and help them share the benefits of China’s economic growth and create new business opportunities.”