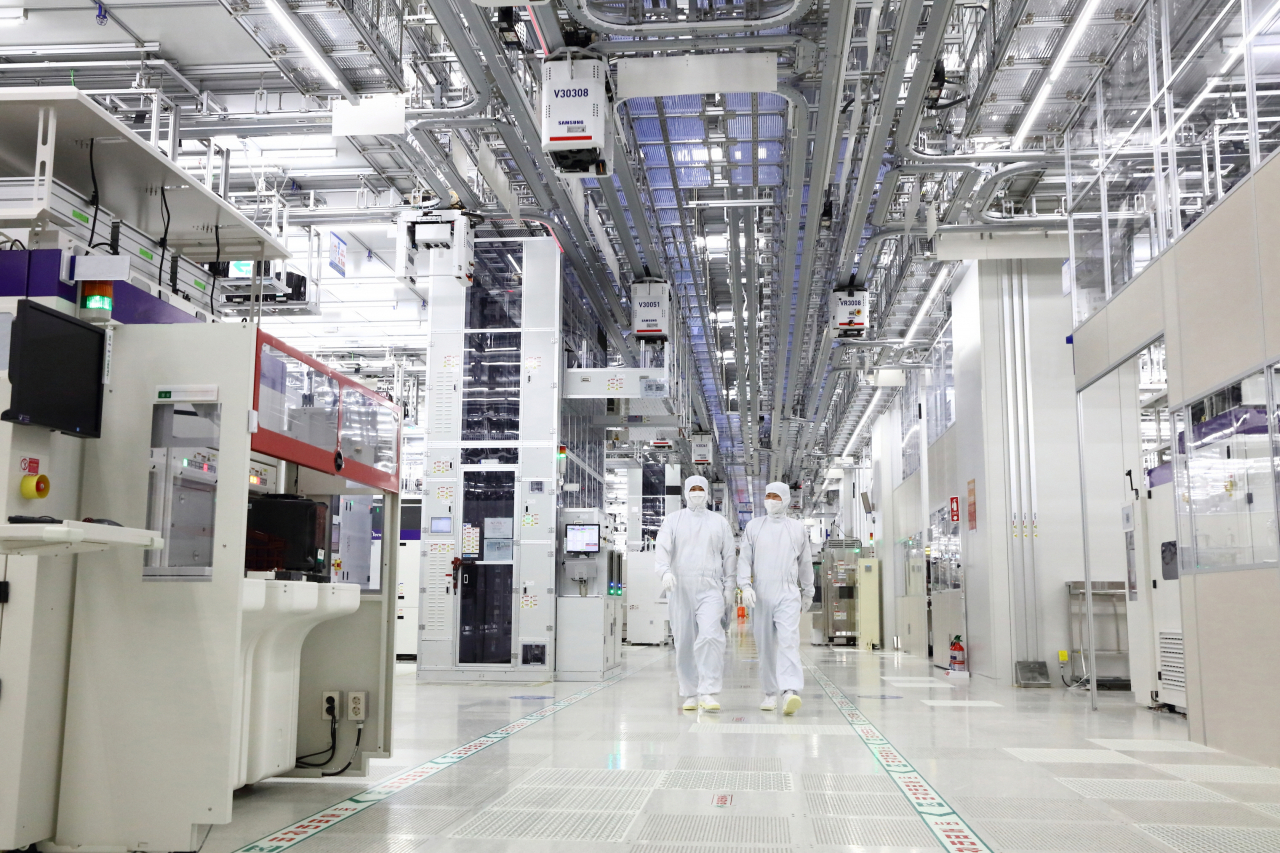 On top of this, stock analysts are revising down the price target of the two memory chip giants, and expecting the quarterly profit to turn slimmer compared to the previous year.

The latest to do so is NH Investment & Securities analyst Do Hyun-woo. Do revised down Samsung's price target from 75,000 won ($53.90) apiece to 70,000 each. Samsung Electronics stocks came to close at 56,400 won apiece Monday on the Korea Exchange.

He cited an "aggravating memory chip down cycle," which would push the DRAM chip price down 9 percent by the end of 2022 and by 12 percent through 2023. Server memory demand would unlikely remain solid, as data center investment began to slow down in the wake of the third quarter, he added.

Do also projected Samsung's operating profit in the third quarter to stand at 11.8 trillion won, down 25.5 percent from the previous year. This figure is sharply lower than the analyst consensus of 13.3 trillion won as of Friday.

This came a week after analysts began to slash the third-quarter share price target of Samsung Electronics.

The weaker-than-expected memory demand stems from a "delayed negotiation between Samsung and its clients calling for a bigger price cut" due to clients' large chip backlogs along with the weak consumer sentiment, Park noted.

A day prior, brokerage house Hanwha Investment & Securities cut the price target sharply from its January figure of 110,000 won to 81,000 won apiece.

But analysts also pointed out that the memory down cycle impacting Korean chipmakers is unlikely to last for more than a year, given the projected reduction in the supply of DRAM in 2023.

Do of NH Investment said the decrease in memory chip supply will begin to take shape in the second half of 2023, which, along with chipmakers' smaller capital expenditure, would allow the memory industry to turn around starting the second quarter of 2023.

Samsung Electronics is considered the top chipmaker in terms of revenue, according to market intelligence Omdia. Its $20.3 billion revenue from April to June was higher than its rival Intel, which generated $14.8 billion in quarterly revenue. SK hynix was ranked third.

According to IC Insights, the memory market downturn will trigger the slimmer growth of the integrated chip market by 7 percent in 2022, down from its earlier estimate of 11 percent. Moreover, CMOS image sensors, one of the key chip products of Samsung's nonmemory unit, will see the first decline in sales and shipments in 2022 in 13 years.