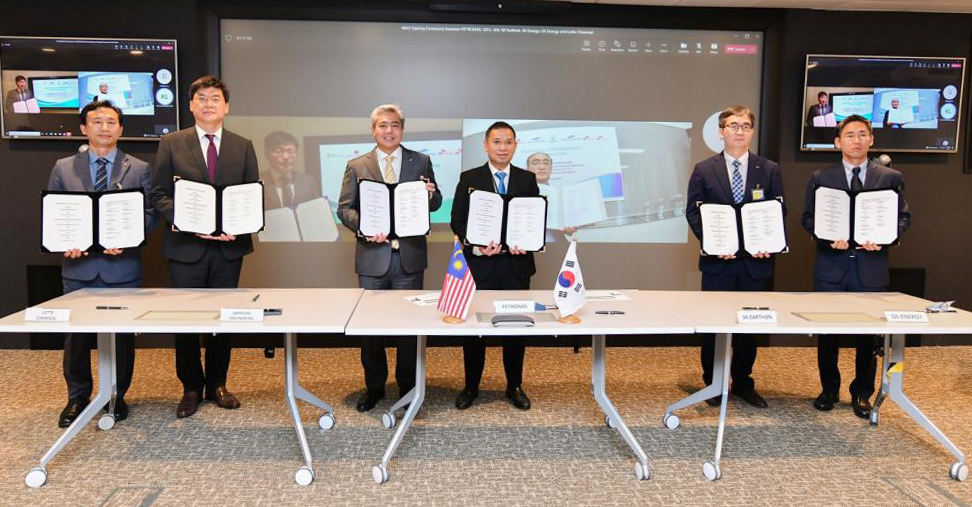 The project involves collecting carbon released from domestic industrial complexes and then transferring it to storage facilities in Malaysia. The transferred carbon will be converted into liquid materials such as methanol and formic acid or gaseous energy source.

Starting from evaluating potential storage facilities in Malaysia to collecting, transferring and storing carbon released in South Korea, the participating companies plan to establish a full carbon capture and storage (CCS) value chain with the project.

Samsung Engineering will take charge of business development while SK Energy, Lotte Chemical, and GS Energy will design the carbon capture process, and Samsung Heavy Industries will handle transporting the captured carbon. In addition, SK Earthon and Petronas are to search, select and operate the storage facilities.

The project is the first CCS hub project to be initiated in Asia, according to the statement. The project will make it possible to manage carbon emitted by multiple companies on a national level and increase economic efficiency of transporting carbon overseas.