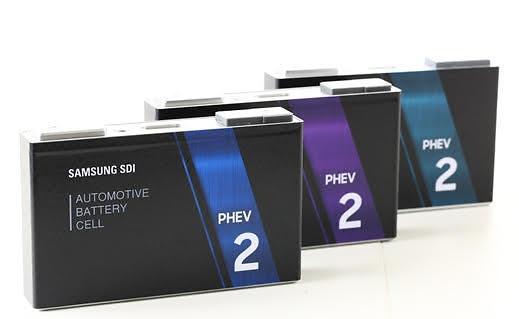 For every dollar Samsung SDI makes by selling electric vehicle batteries, it only pockets 1 cent in profit. In contrast, Samsung Electronics earned 30.4 cents for every dollar in chips it sold from July to September this year.

It’s no wonder Samsung doesn’t have its own EV battery factory in the US, but is instead investing a whopping $17 billion to build its second chip plant there.

As the numbers show, the EV battery business, despite the market hype, is not as attractive in terms of profitability. This winter, the profitability of South Korea’s battery trio -- LG Energy Solution, Samsung SDI and SK On -- is expected to get even worse, as the global chip shortage is dealing a massive blow to the EV market.

No chip, no EV, no battery

According to Kim Hyun-soo, an analyst at Hana Financial Investment, the ongoing chip shortage crisis is expected to continue until next year. Without enough chips, automakers can’t make EVs and battery suppliers have no choice but to limit production.

“To make one EV, chips worth $900 are required, which is almost double compared to an internal combustion engine vehicle. Due to the chip shortage, South Korean battery firms including Samsung SDI are manufacturing fewer EV batteries than they normally do and therefore suffering losses,” Kim said.

EV batteries have a shelf life just like food and have to be delivered to automakers on time, the executive explained. The condition of EV batteries deteriorates as time goes by and they can’t be kept for too long. This is why Korean battery firms are manufacturing fewer EV batteries instead of stocking them up and selling them later to carmakers.

Samsung SDI, for instance, hemorrhaged 2 trillion won ($1.7 billion) between 2012 and 2019 from its EV battery business. It was only this year the battery unit of Samsung Group finally achieved a profitability of 1 percent.

As to why it took so long for Korean battery players to turn a profit, experts point to the practice of price rigging in the global metal market.

EV batteries use expensive metals as raw materials, including cobalt, nickel and manganese. These metals take up 70-80 percent of total production costs. Knowing that Korean battery makers can’t do business without those metals, some investors intentionally drive up the prices.

“In the metal market, price rigging is frequent and the price doesn’t always follow supply and demand. When prices went up, EV battery manufacturers took losses. It was only 2019 when automakers started to make compensations,” analyst Kim said.

Samsung SDI, for example, manufactures small batteries for IT gadgets. Smartphone and laptop companies made up for Samsung SDI’s losses when metals prices fluctuated, not because of good faith, but because batteries are an irreplaceable component of IT devices. This was how Samsung SDI’s business making small-sized batteries maintained an average profitability of 11 percent over the last five years.

Before the EV boom, when internal combustion engine vehicles were the mainstream, automakers had no reason to follow this practice.

But the tide turned in 2019. With stronger carbon emission regulations kicking in starting 2020, Korean battery suppliers gained bargaining power over automakers who scrambled to sell more EVs. In early 2019, Samsung SDI, for instance, risked its existing orders from Volkswagen and demanded the German automaker to start making compensations for its losses. Now, it has become a practice in the EV industry to compensate battery suppliers when metals prices jump.

Another factor limiting the profitability is the fixed costs.

According to DGP Investment Group, Korean EV battery manufacturers deposit 1-2 percent of their revenues as savings in case of recalls. These savings are calculated as losses on the balance sheet.

Also, to meet surging EV battery demand, each of them has to invest at least 2 trillion to 3 trillion won per year to avoid falling behind in terms of scale, or they risk losing potential clients to competitors with bigger capacities.

“The average profitability of automakers is roughly 10 percent, while that of auto parts suppliers is around 5 percent. General Motors forecasts its long-term profitability at 12-14 percent and China’s BYD recently raised its battery price 20 percent. These are examples showing that the profitability of Korean EV battery suppliers can increase in the future,” analyst Kim said.