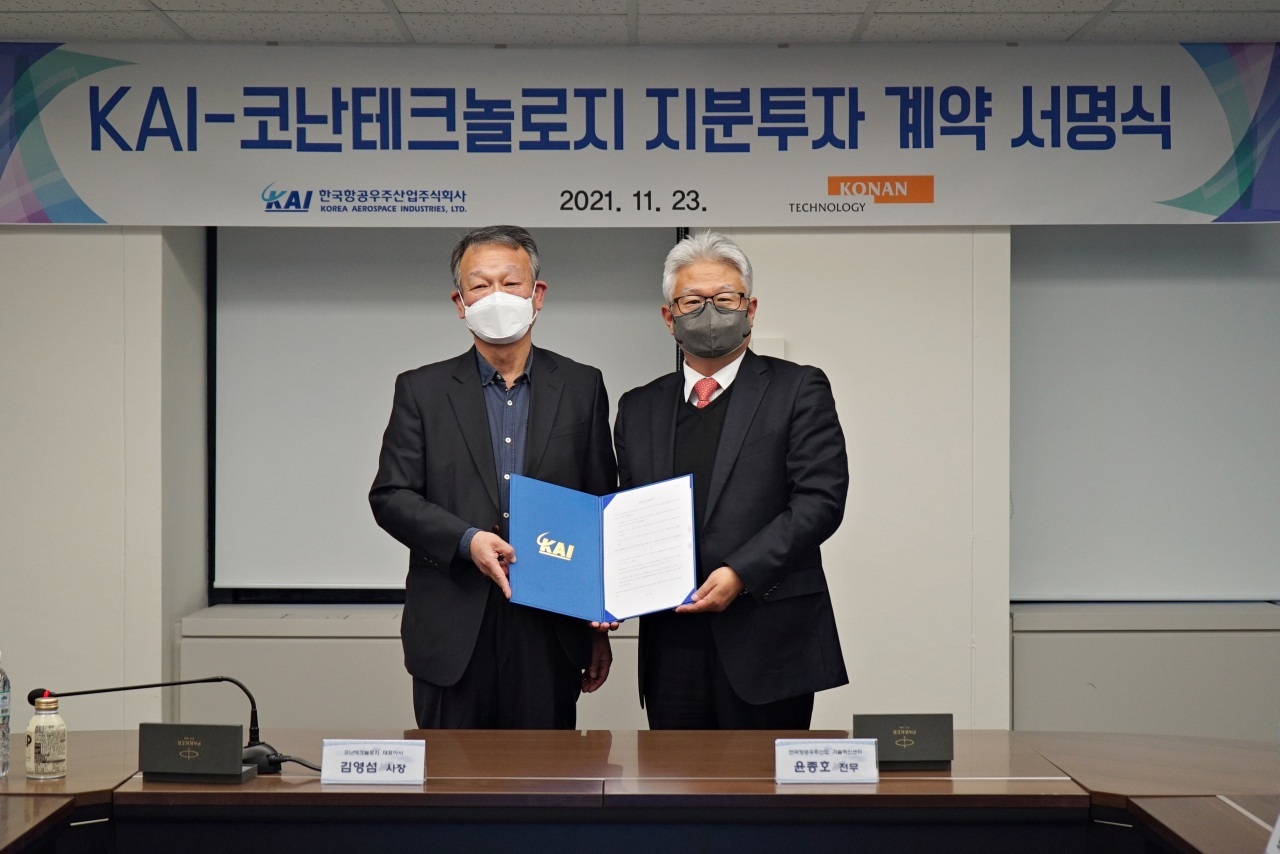 Executives of Korea Aerospace Industries and Konan Technology sign an agreement for KAI’s acquisition of shares in the technology firm. (Yonhap)

Korea Aerospace Industries announced Nov. 24 that it will acquire a 10 percent stake in Konan Technology, a company that specializes in artificial intelligence and big data.

This investment in shares comes as an effort to acquire future industry-related technology by implementing AI, big data and deep learning into the aviation and defense sectors.

KAI and Konan Technology will work together on developing an AI-based prognostics and health management system that can be used on the Korean Utility Helicopter, KF-21, FA-50 and urban air mobility.

The prognostics and health management system diagnoses the condition of an aircraft and predicts its remaining life, maximizing maintenance efficiency.

KAI and Konan Technology are also planning to jump into the defense data business as well.

The two will also acquire key technologies for future aircraft operation such as software for autonomous flight and collision avoidance AI algorithms as well as large-capacity flight and operation data analysis.

Such technologies can also be used in the space industry to analyze video and audio acquired via satellites.

“We plan to speed up the digital transition of KAI through strategic cooperation with the innovative company. We will focus on strengthening the growth momentum of future industries,” said KAI President and CEO Ahn Hyun-ho.