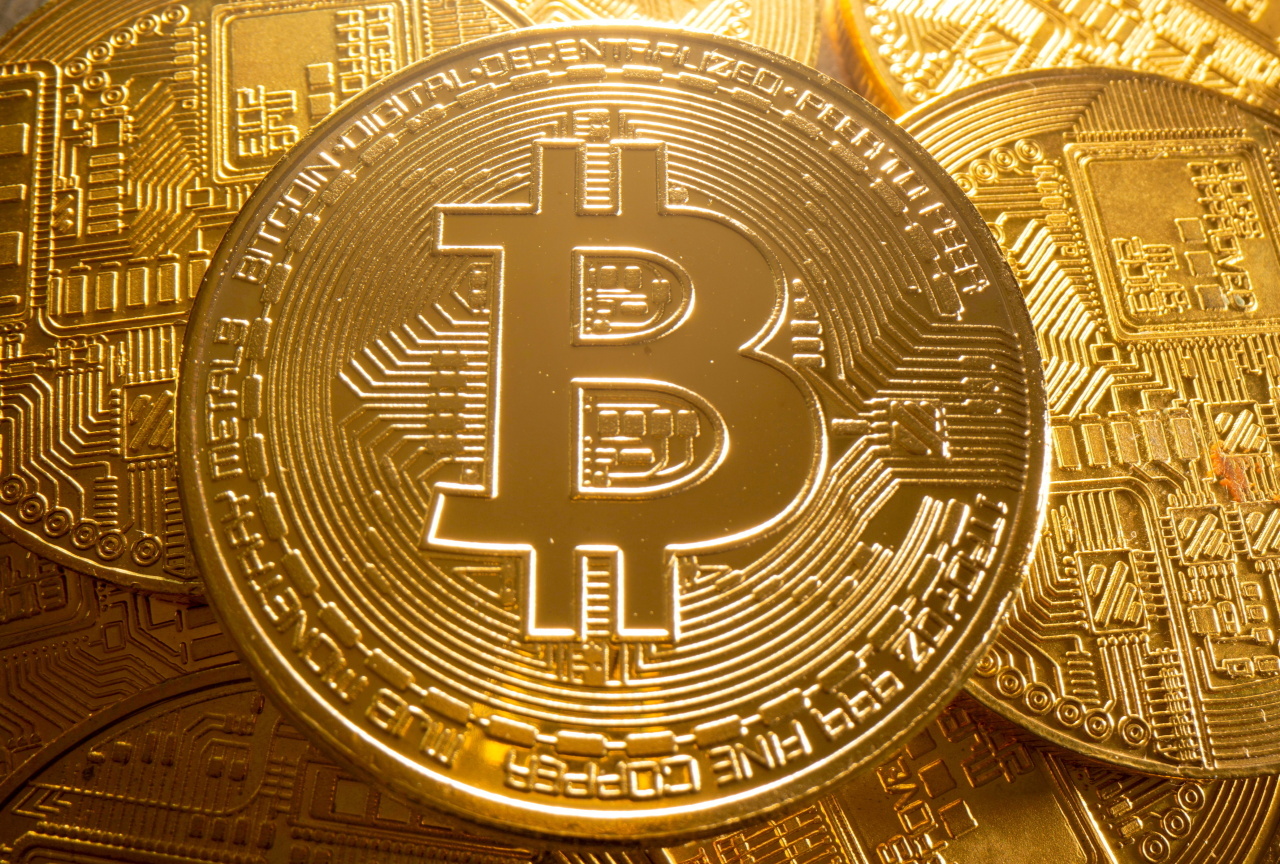 A representation of cryptocurrency Bitcoin is seen in this illustration taken August 6, 2021. (Reuters-Yonhap)

Bitcoin jumped 30 percent this month to reach 70 million won ($58,400), the first time it breached that level in five months, as US financial regulators said they would not follow China in banning cryptocurrency transactions.

The largest cryptocurrency by market cap rose almost 30 percent during October to 70.99 million won as of October 12 morning, data from crypto exchange Upbit showed. With the rally this month, Bitcoin’s market capitalization reached 1 trillion won, surpassing that of Facebook, while its transaction volume stood at 12.1 billion won on October 11, increasing 15.2 percent from a week earlier.

The expectation for additional exchange-traded funds approvals in the US next week also pushed up the price of a bitcoin. On Sunday, the SEC approved the Volt Crypto Industry Revolution and Tech ETF, an exchange-traded fund that aims to provide investors with exposure to publicly traded companies with exposure to the digital currency. The SEC might give the green light to four ETFs next week, according to media reports.