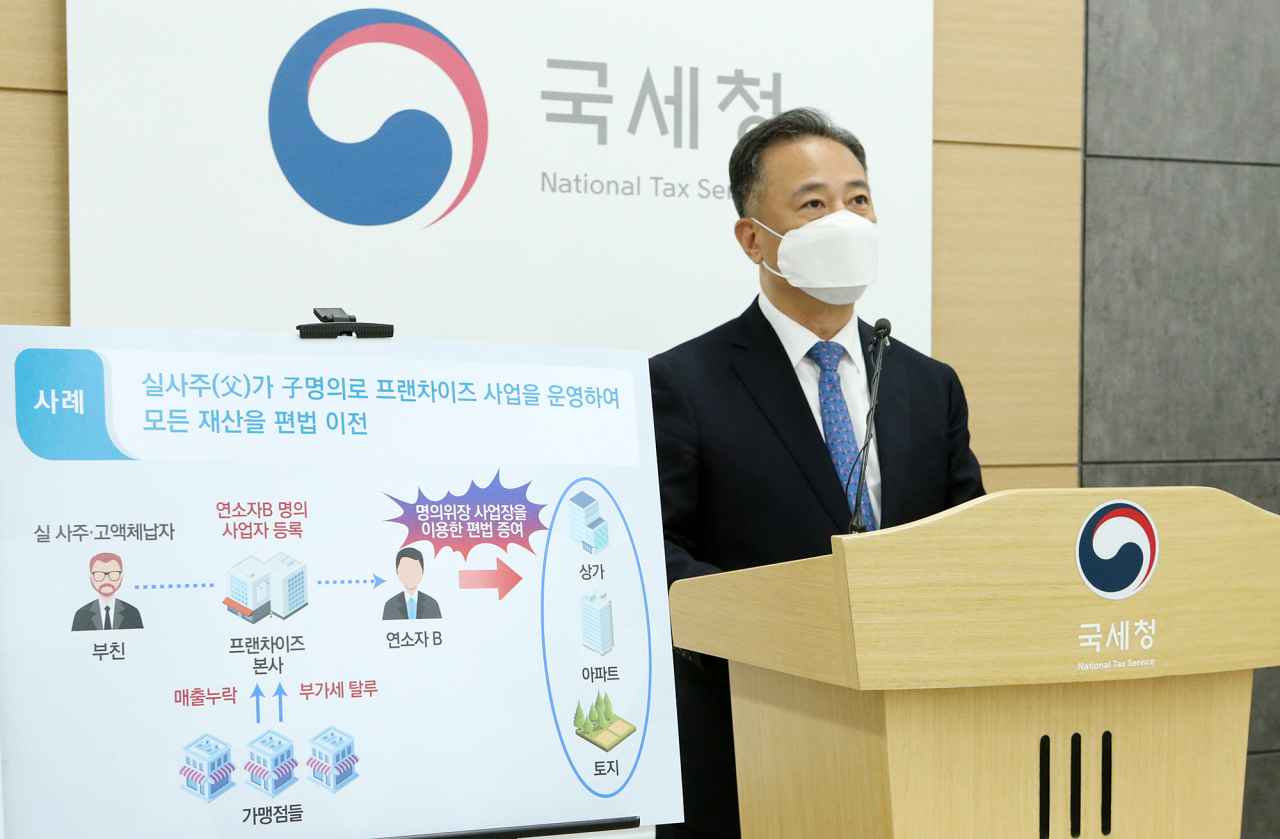 Park Jae-hyung, assistant commissioner for property taxation at the NTS, speaks about the agency‘s recent probe into property-related tax evasion involving young people, at a press briefing in Sejong on September 30. (NTS)

The National Tax Service said Thursday that it had launched a probe into 446 people in their early 30s or younger, saying they had “seriously hampered fairness” in society by increasing their wealth in an improper manner. The youngest property owner under investigation was just 2 years old, it said.

Of all the individuals under investigation, 155 allegedly earned money in an illegal or dishonest fashion while using the funds to buy apartments and commercial buildings, or to run their own businesses. Seventy-two people were suspected of making false real estate contracts to hide lineally inherited or gifted assets.

Another 197 young individuals allegedly received stocks from their parents as a way to pass on the right to exercise control over the management of a company. Twenty-two allegedly led luxurious lives with hidden assets obtained from parents via improper means, the agency said.

The crackdown followed a marked increase in the number of property purchases by young people amid a nationwide fever for real estate and stock investment. In light of heavy property tax burdens, many parents are also suspected of handing down assets to children through improper channels.

The NTS upgraded its monitoring system to track the flow of funds to or from young people. This is part of its ongoing efforts to strengthen a crackdown on tax dodgers, the officials said.

“We will strengthen probes into sources of funds when people purchase apartments or buildings since it has been commonly used for transferring wealth,” said Park Jae-hyung, assistant commissioner for property taxation at the NTS.

“To prevent the unlawful actions of inheriting and gifting assets, we will also continuously monitor whether debtors pay back their debts through self-made fortunes or not,” he said, vowing to respond strictly to cases that impede the social order.