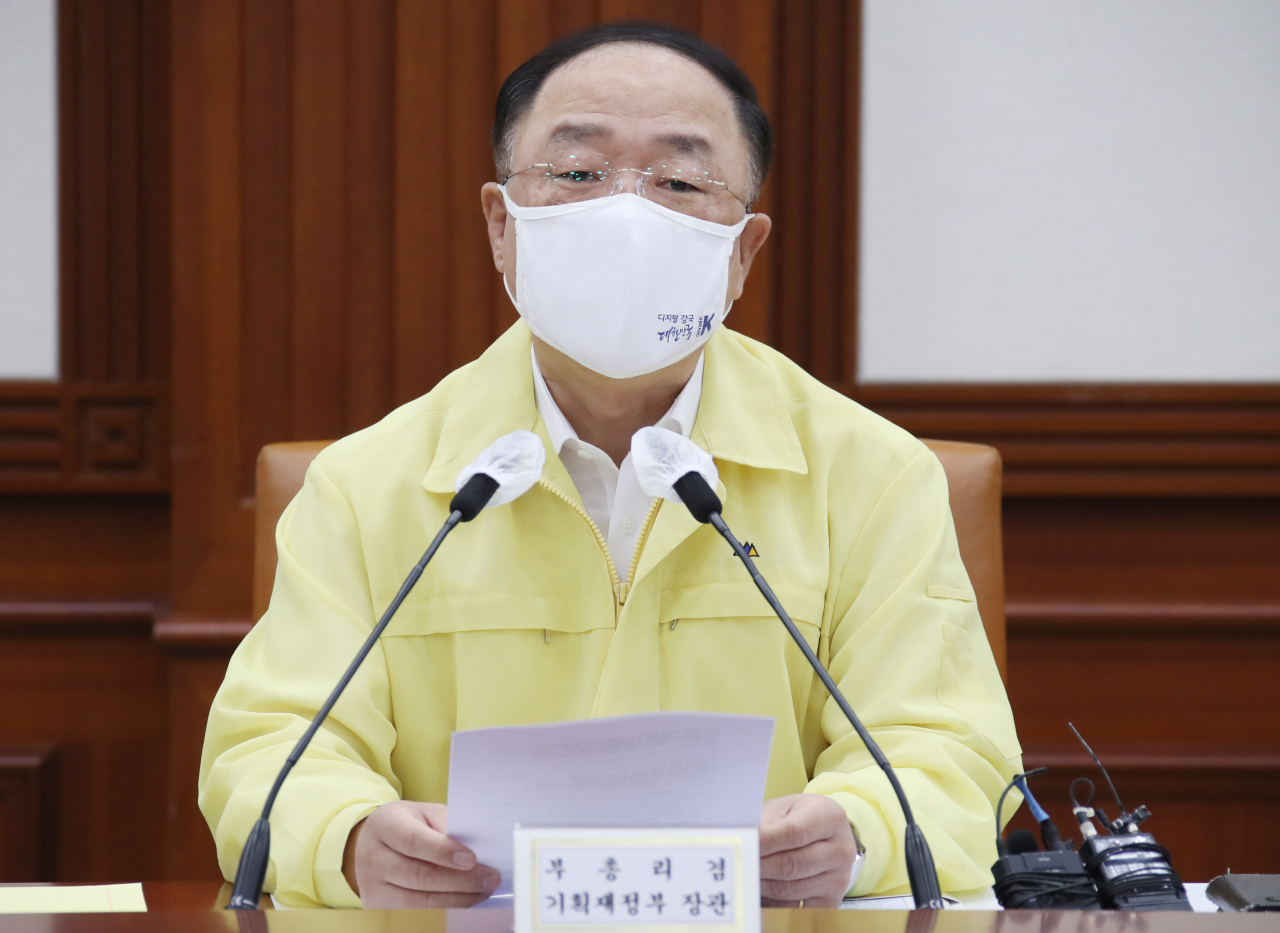 The South Korean economy has remained resilient during the pandemic with sovereign ratings maintaining their previous level and credit default risk dropping to the lowest despite the COVID-19-induced economic fallouts, Finance Minister Hong Nam-ki said Sept. 13.

“South Korea is staying stable in terms of foreign exchange and foreign capital inflows although global finance has experienced high volatility due to COVID-19, which brought a pandemic (to the world not seen) in 100 years,” Hong told reporters at the government complex in Sejong.

Global credit appraiser Fitch Ratings has maintained the country’s credit rating at “AA-” the fourth-highest level of the agency‘s sovereign ratings, this year while Moody’s kept ’Aa2‘ rating, the second highest in Asia after Singapore’s Aaa.

“The domestic economic situation is facing difficulties and blows. But on the external front, it is very stable compared to the past crisis (we had overcome),” he said.

However, he warned of risks when the monetary policies of advanced economies are normalized, including the abrupt adjustment of asset prices and the possibility of capital outflow from emerging countries.

The government will closely monitor potential source of external risks to counter them in a timely manner, he added.