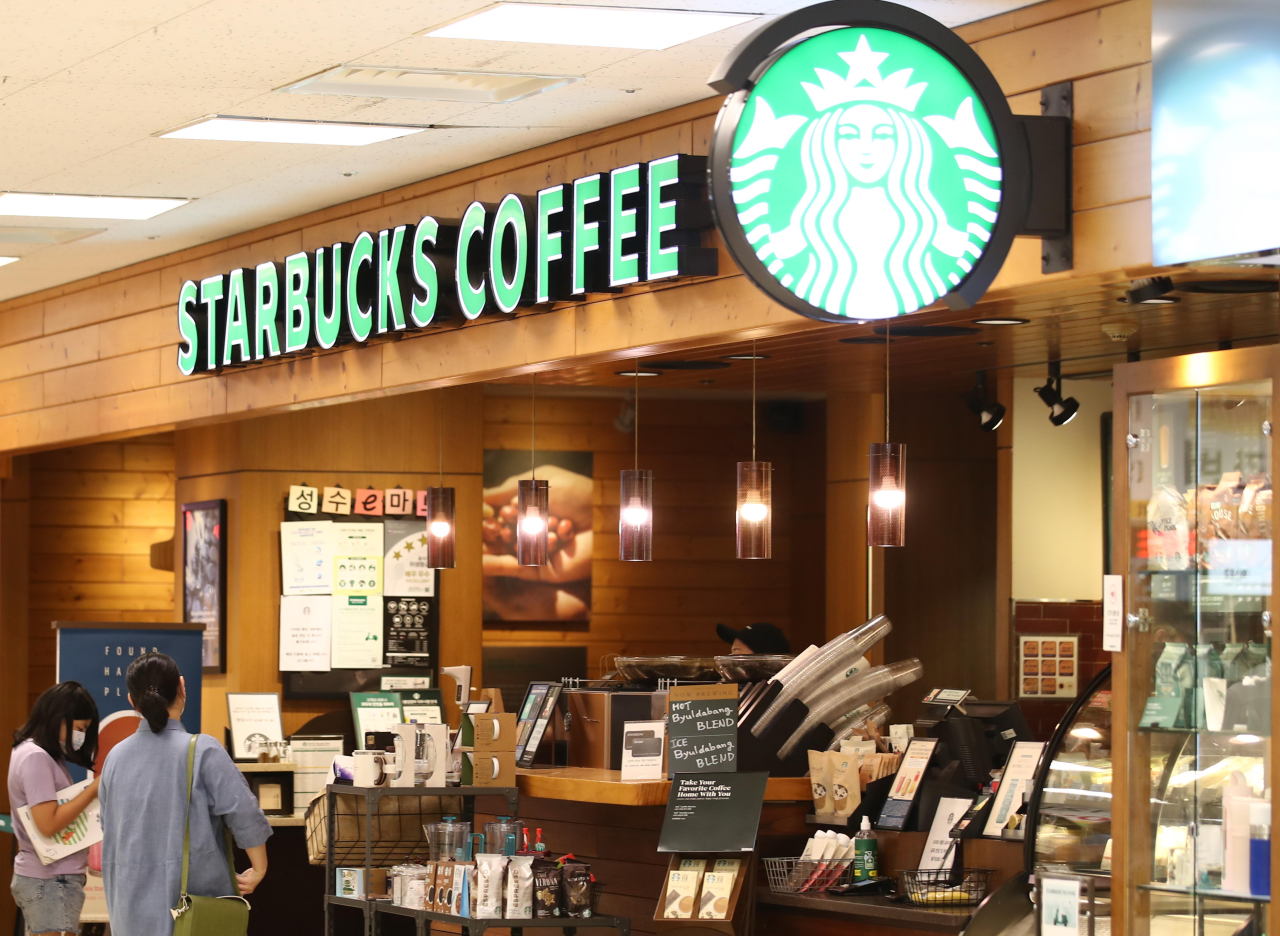 Customers wait for their beverage at a Starbucks stores on July 27 in Seoul. (Yonhap)

Several analysts praised E-mart’s decision to buy an additional stake in Starbucks Korea, which will become a subsidiary of the supermarket chain once the deal is closed.

On July 27, E-mart, the supermarket chain under retail giant Shinsegae, announced that it bought an additional 17.5 percent stake in Starbucks Korea for 473.3 billion won, becoming the largest shareholder with a 67.5 percent stake. GIC, Singapore’s sovereign wealth fund, will hold the remaining 32.5 percent in the Korean unit of the global coffee chain.

The deal valued Starbucks Korea at 2.71 trillion won, 17 times its estimated price earnings ratio in 2021. Some researchers expect the value of the company to rise sharply.

“Incorporating Starbucks Coffee Korea, E-mart’s operating profit forecast in 2022 could be raised from 620.7 billion won to 878.6 billion won,” Lee Jin-hyeob, an analyst at Yuanta Securities, wrote in a report, suggesting a target price of 280,000 won.

Other brokerages, including HI Investment and Securities, Kyobo Securities, and Daeshin Securities, offered target prices above 200,000 won. Shares in the Kospi-listed E-mart closed up 1.8 percent, or 3,000 won, to 169,500 won on July 28.