KIC vows to increase alternative exposure to 21% by 2024 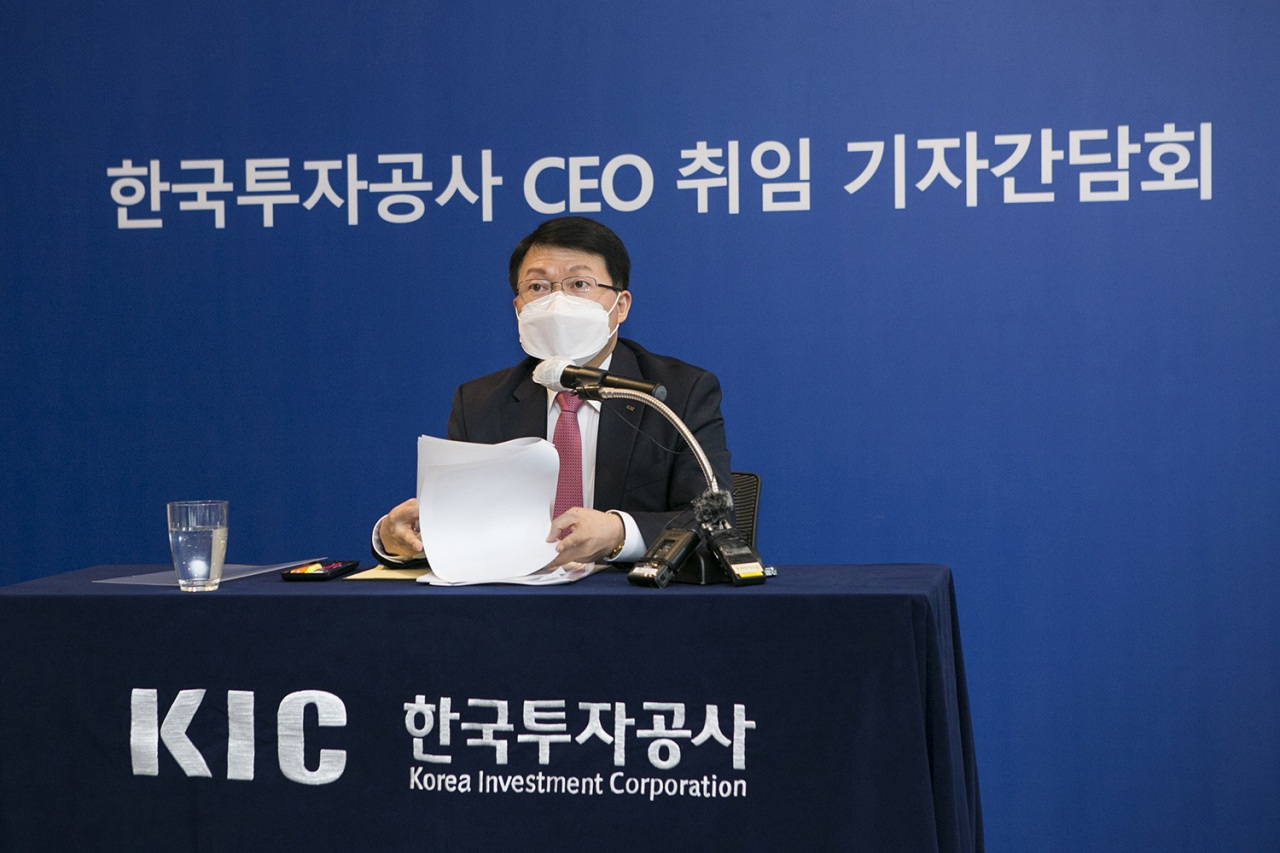 The institutional investor, managing $183.1 billion in assets as of end-2020, aims to maximize its long-term expected return by capitalizing on the risk of tying up capital in less liquid assets, and to spread out the risk into various asset classes.

“(The KIC) looks to aggressively increase its weighting of alternative assets in its portfolio to take advantage of an illiquidity premium and pursue a decent return on investment,” Jin said in a press conference to celebrate the wealth fund’s 16th anniversary.

The preemptive move will allow the KIC to cope with uncertainties stemming from the threat of inflation and a global taper tantrum, Jin added.

Of alternative asset classes, Jin said KIC will focus on private equities, privately placed bonds and infrastructure. In particular, KIC will continue to beef up its private investment in startups in the United States with futuristic technologies such as robotics, health care, autonomous driving and renewable energy, with its new office in San Francisco launched in March.

Jin did not specify KIC’s risk appetite in alternative investing.

More alternative investment will give KIC a chance to cooperate with highly reputable institutional investors and fund managers.

One of the partners could be Korea‘s largest asset owner, the National Pension Service, Jin said. The NPS and KIC forged their first collaboration as the two committed $300 million capital each to a blind pool fund by US-based GLP Capital Partners for real estate investment.

“(The KIC) will continue to look for a joint venture opportunity with the NPS, such as coinvestment and external asset management,” Jin said.

Jin, however, played down the possibility of a merger of the NPS and KIC, proposed earlier in June by a presidential hopeful, ruling Democratic Party of Korea lawmaker Rep. Park Yong-jin.

The sovereign wealth fund, designed to manage the dollar-denominated assets of the Ministry of Economy and Finance and the Bank of Korea, will continue to communicate with the backers to manage more assets, Jin said, adding that the Finance Ministry has been allocating more capital to the KIC this year and the BOK will do so starting next year.

The press conference was the first of its kind since Jin took office in May to lead the sovereign wealth fund. Before serving as the eighth CEO of KIC, Jin was previously a career bureaucrat in the Finance Ministry.