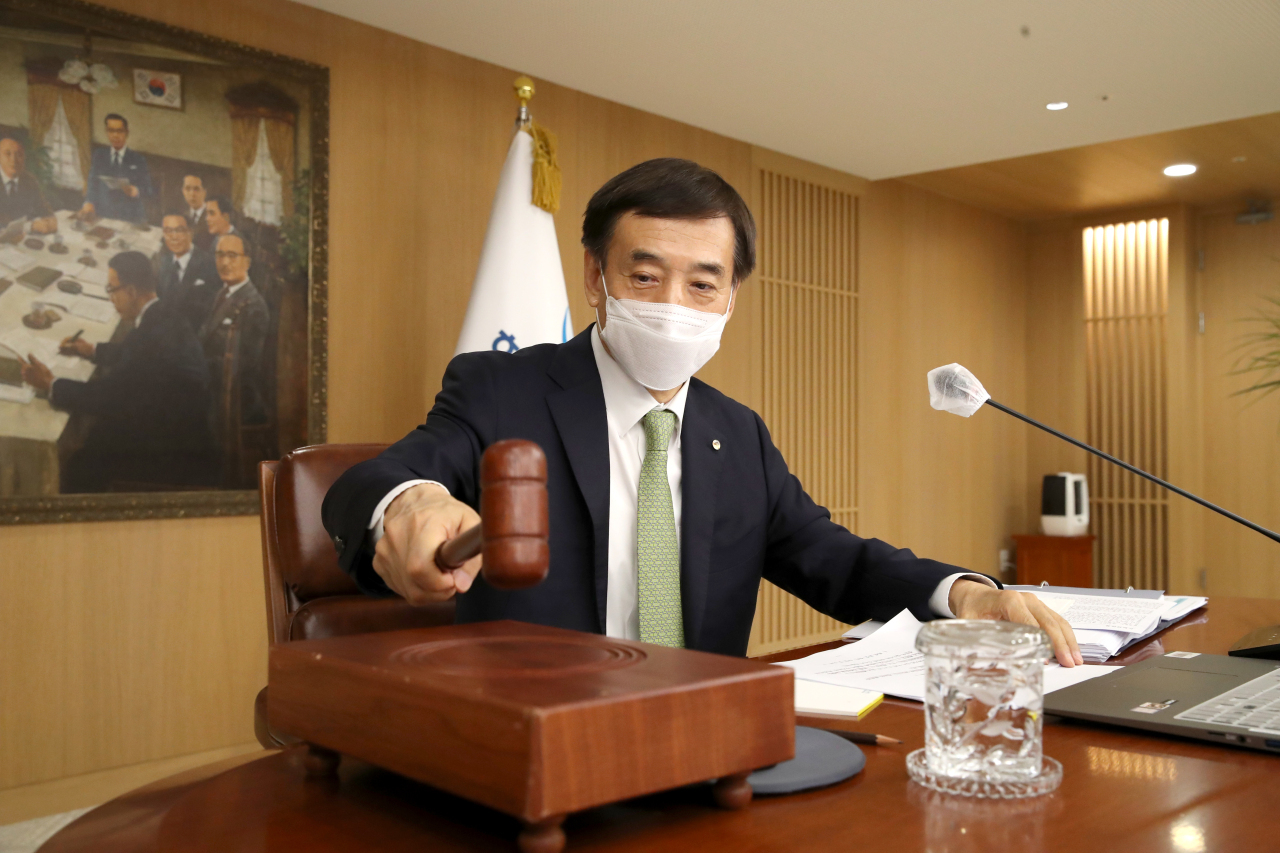 South Korea’s central bank should raise its benchmark interest rate in the second half of the year, given the faster-than-expected pace of the economic recovery, a think tank here said.

“If the Bank of Korea decides to carry out a belated rate hike, then the economy could see a bigger shock stemming from a possible economic slowdown or a capital market crunch,” Park Sung-wook, a researcher at the Korea Institute of Finance, said in a report released May 30.

“Our economy has surpassed the level of GDP in the pre-COVID era earlier than expected and is projected to carry on the momentum in the second half of the year. The BOK should raise its key rate around that time, if the pace continues,” he added.

The BOK on May 27 hinted at a possible rate hike by the end of the year, taking on a slightly more hawkish stance compared with the dovish policy approach it had maintained since last year. The central bank raised its 2021 growth forecast for Korea by 1 percentage point, while maintaining its base rate at a record low of 0.5 percent.

BOK Gov. Lee Ju-yeol told reporters in a briefing tied to Thursday’s monetary policy meeting that the central bank might even carry out a rate hike before the US Federal Reserve does, though actions by its US counterpart would be an important factor in its policy decisions. Overall, any rate hike would be determined by the pace of the economic recovery here, Lee added.

Lee said belated steps could bring risks and Park concurred, saying, “The rate hike process should kick off in the second half.” Maintaining an ultralow interest environment as the economy stabilizes could spur new issues and the central bank should start adjusting its monetary policy, Park said.

Korea is struggling with a mounting household debt that hit a record 1,765 trillion won ($1.6 trillion) in the first three months of the year, as record-low interest pushed borrowers toward mortgage lending and stock investment, the BOK said last week.

Industry watchers have said the BOK should tread carefully when determining the time frame for a possible rate hike, as a rash move could add to the debt burden facing households.