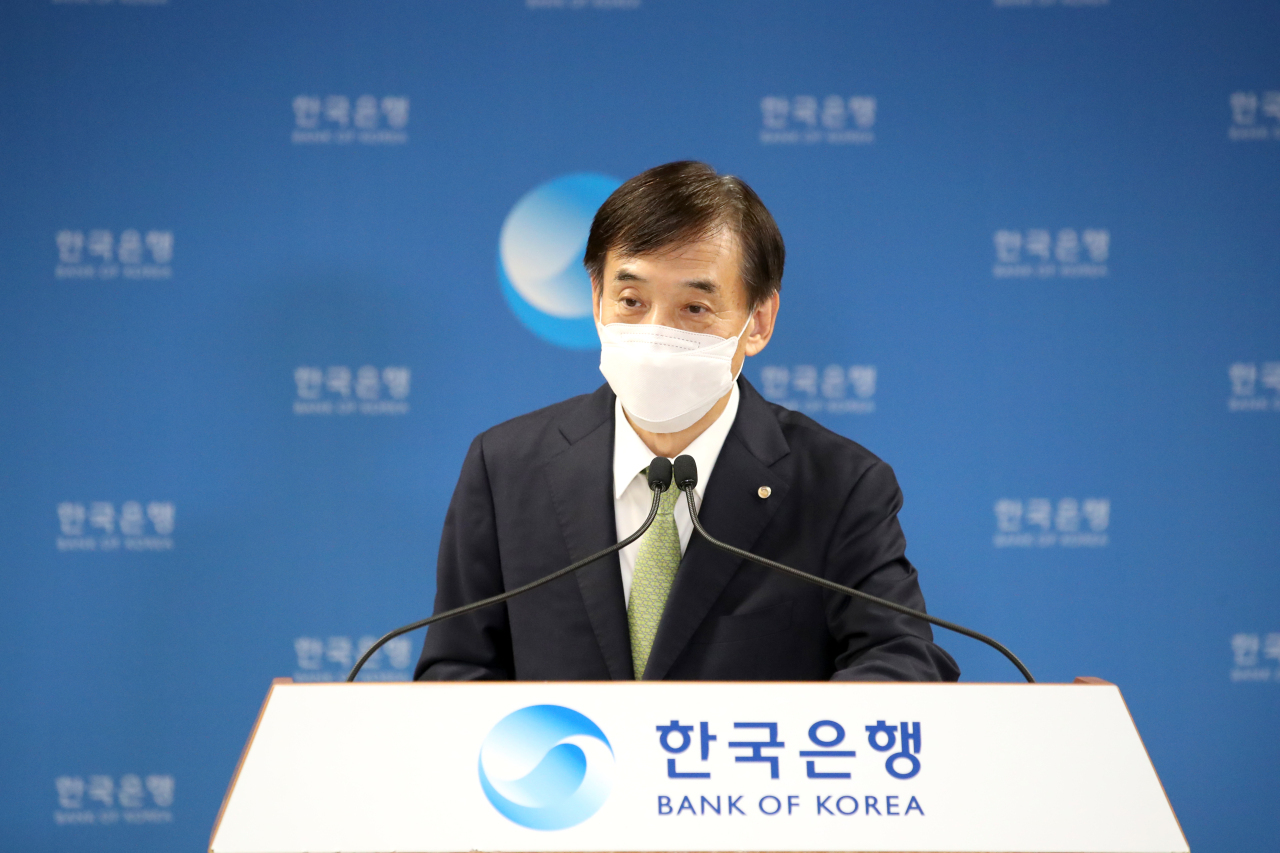 The Bank of Korea Gov. Lee Ju-yeol speaks in a press conference after a monetary policy committee held in the central bank‘s headquarters in Seoul. (Yonhap)

Given the price volatility of virtual assets, increased trading in such assets leaves Korea’s financial system subject to instability, Lee said in a press conference after a monetary policy committee meeting.

“An excessive level of leveraged cryptocurrency trading puts households at risk of financial damages considering the instability of (cryptocurrency),” Lee told reporters. “We expect (the increasing amount of crypto trading) to have a negative impact on the financial system in any respect.”

He pledged to closely monitor the monetary transactions of Korean financial institutions associated with leveraged cryptocurrency trading, signaling possible measures to curtail new loans, as more defaults by borrowers could have a spillover effect on the nationwide banking system.

The central bank and financial institutions need to engage in “close cooperation to address the cryptocurrency-related (issues),” Lee said.

This is consistent with the stance the central bank’s second-longest-serving chief has previously taken on cryptocurrency.

The ample liquidity in the low-interest environment effectively encourages more households to take out loans, mainly as a hedge against inflation when investing.

The BOK said Korea’s outstanding household debts came to 1,666 trillion won ($1.5 trillion) as of end-March. The volume rose 35 trillion won during the first quarter, up threefold compared with the previous year.