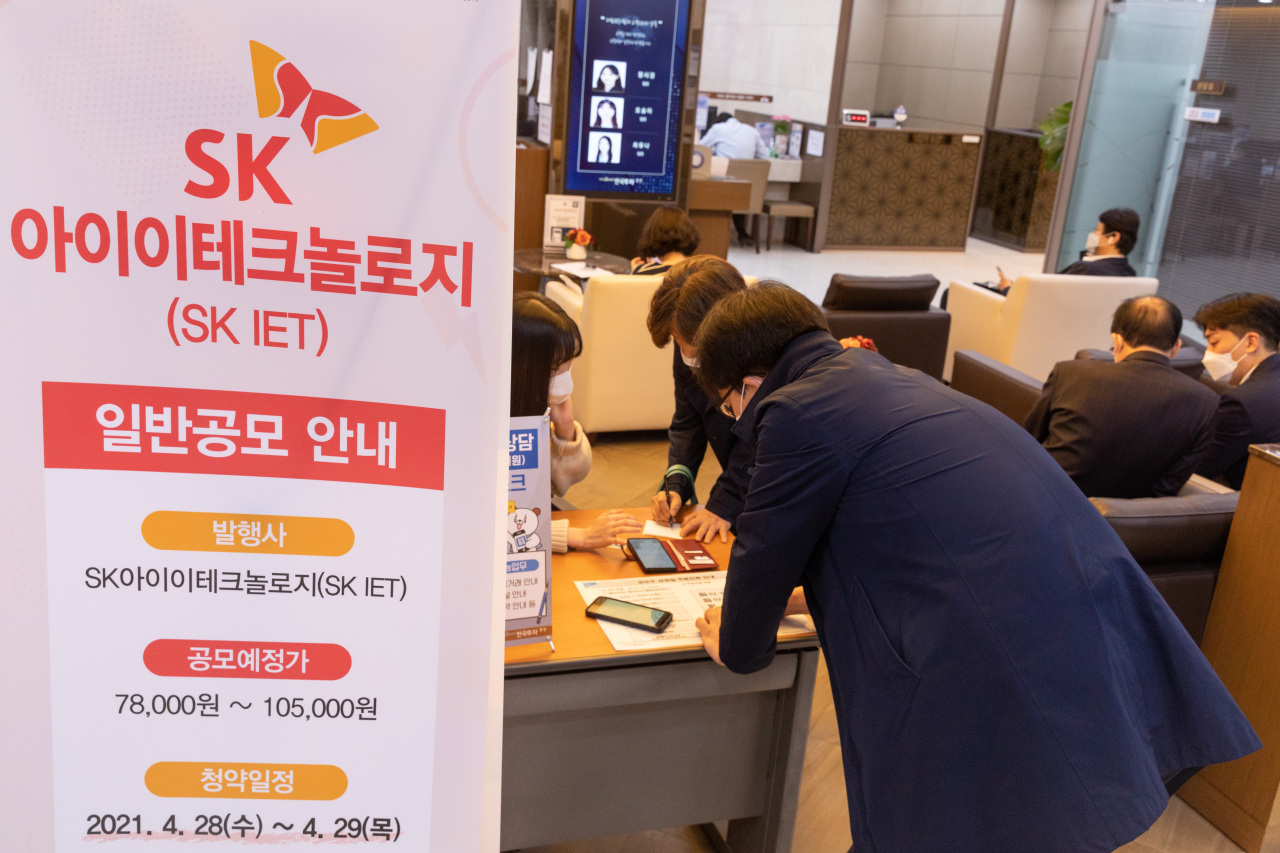 According to data compiled by underwriters, small domestic traders had placed some 80.9 trillion won in deposits by the deadline of 4 p.m. on April 29, setting a record in stock market history here.

Retail investors rushed to submit deposits even on the first day of the retail tranche, bringing in about 22.16 trillion won, which surpassed SK Bioscience’s record of 14.3 trillion won.

Of the total, the battery materials company’s shares were oversubscribed 288.2 times. While Mirae Asset Securities received the retail tranche as the lead underwriter of the IPO deal, competition at the brokerage logged 283.53 to 1. Competition at NH Investment & Securities was the toughest, marking 502.16 to 1.

It was followed by Samsung Securities with 443.16 to 1, while the shares at Korea Investment & Securities and SK Securities were also oversubscribed 281.88 times and 225.14 times, respectively.

Retail investors will be allowed to place bids in IPO subscriptions through only one securities firm underwriting the IPO from as early as the end of June.

Ahead of the market debut on the nation’s main bourse, the Kospi, May 11, SKIET gained keen attention from investors both at home and abroad through its two-day book building process. The competition marked 1,883 to 1, busting the local book building records. As a result, the share price has been fixed at the top end of its indicative price range at 105,000 won.

SKIET supplies battery separators to global EV makers, including Tesla and Volkswagen. The company holds a 26.5 percent market share, according to SNE Research.

Separators are components that prevent batteries from exploding in the charging process. They account for about 15 percent to 20 percent of battery production costs.