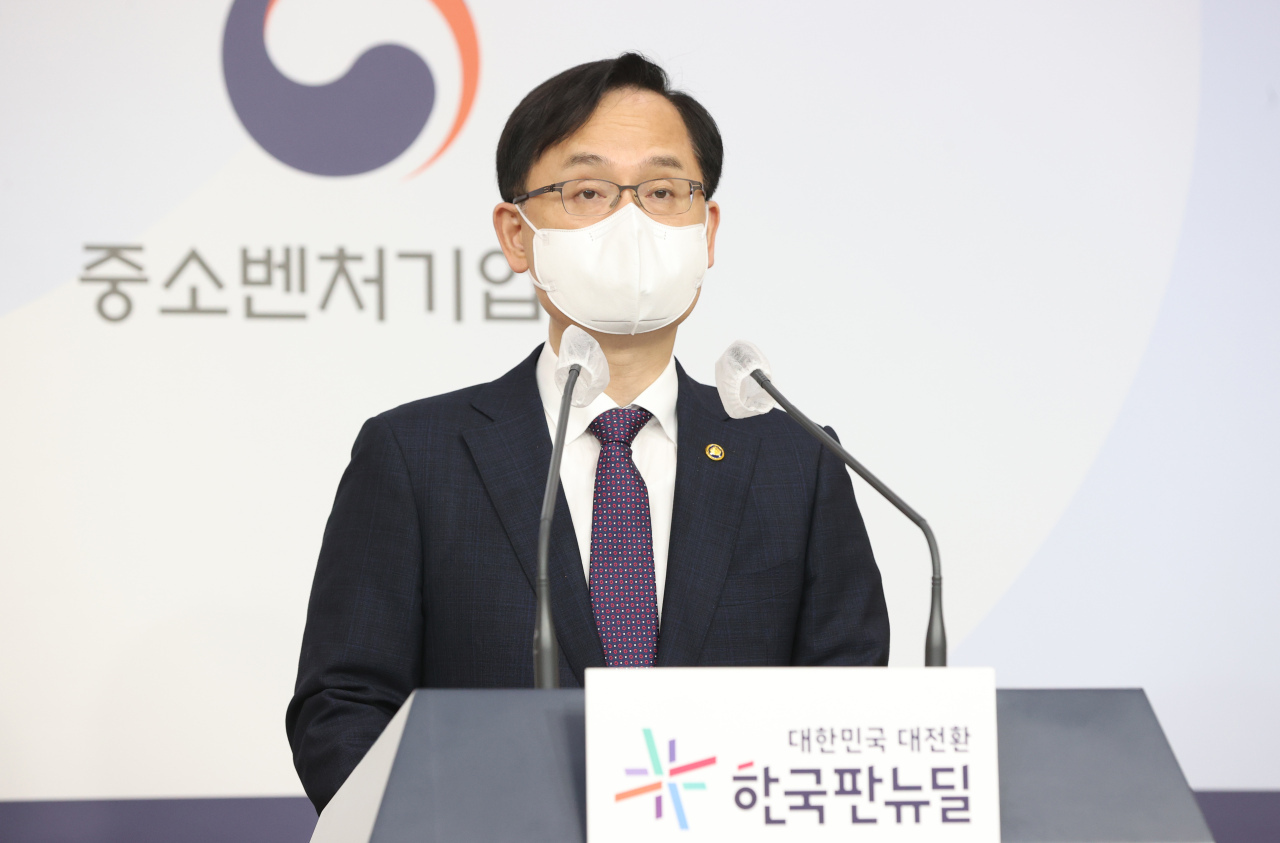 Kang Sung-cheon, vice minister of SMEs and startups, talks about Korea's venture investment in the first quarter of 2021 on April 27, 2021. (MSS)

The country’s startups attracted a record amount of investments in the first quarter, data from the Ministry of SMEs and Startups showed April 27.

During the first three months of the year, the country’s venture investments jumped 61 percent from the same period last year to a record high of 1.24 trillion won ($1.18 billion). Some 989 venture capital rounds at 558 startups were closed during the January to March period in the country, the best performance recorded since 2000.

Of the total invested, 72.9 percent consisted of follow-up investments.

The top three sectors that attracted the most investment were commerce, ICT service and bio-medical.

Twenty-three of the deals involved more than 10 billion won.

Backed by public funds as well as increased activity in the private sector, a record number of venture funds -- 53 -- were created during the same period, up 186.6 percent from a year ago, data showed. Those 53 funds are worth a record 1.4 trillion won, suggesting that investors will have abundant funds to deploy in the coming months and years.

Kang Sung-cheon, vice minister of SMEs and startups, said the ministry was planning to introduce multiple voting rights and financial systems like those in Silicon Valley.