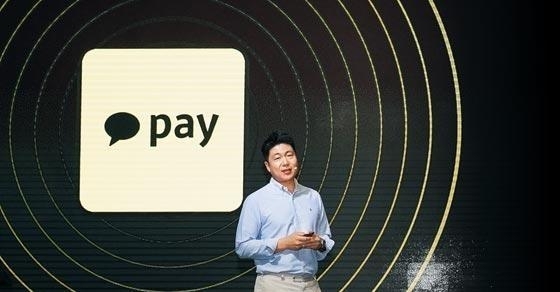 Kakao Pay, the financial technology arm of mobile giant Kakao, is finally heading to the country’s main stock bourse, defying market expectations that it was considering the tech-heavy secondary market or even overseas listings.

The company filed for a preliminary review for its listing to KRX, the stock market exchange on April 26, according to Kakao Pay.

Kakao Pay could make a market debut as early as July as the screening process by KRX takes 45 days, even before the IPO of Kakao Bank, which submitted a preliminary application on April 15.

“Considering the size of the company valuation, Kakao Pay decided to be listed on Kospi,” one source said.

Kakao Pay, with a projected transaction value of 100 trillion won ($90 billion) in 2022, is estimated to be valued at least 10 trillion won. The company has been expanding beyond mobile payment services to become an “everyday” finance app that includes investment, insurance and loan services just like Alipay, China’s leading fintech app operated by Ant Group. Ant Group, which is a strategic partner of Kakao Pay, owns 43.9 percent in the company while Kakao Corp. has 56.1 percent.

The fintech company’s IPO is anticipated to come earlier than that of Kakao Bank, which carried out a capital increase of 1 trillion won in the last quarter of 2020, with participation of US-based TPG Capital and Anchor Equity Partners in Hong Kong.

While finally deciding to float on the country’s main board, Kakao Pay also had considered overseas listings as an option, according to an industry insider, who asked to remain anonymous citing confidentiality of the matter.

Another member of the Kakao family, media content producer Kakao M announced its intention to go straight to the US stock exchange. Earlier in April, Kakao M CEO told Bloomberg the company was aiming for a listing a year from now, a shift from its original plan to go public within this year.

“Even if the company wants to go abroad, it might be difficult as a fintech company that has to work closely with financial regulators,” the source said.

E-commerce platform Coupang made a successful market debut on the New York Stock Exchange in March, and other unicorn startups such as leading fintech app Toss operator Viva Republica are following in Coupang’s footsteps, dealing a blow to the country’s stock exchange operator.