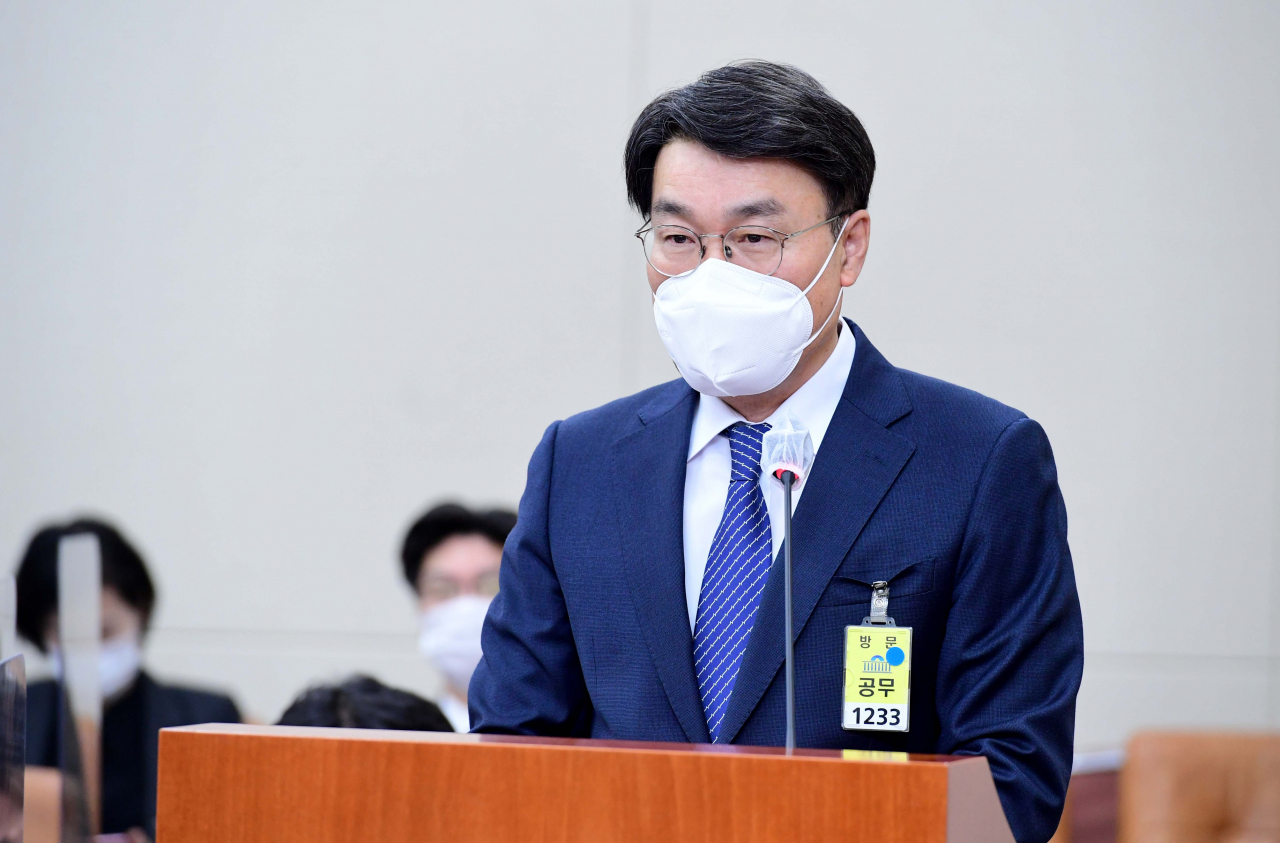 The National Pension Service said on March 10 it would engage in voting for Posco chairman and chief executive officer Choi Jeong-woo’s new term as a Posco board member, in a way that does not affect the result of shareholder voting on March 12.

The decision not to vote against Choi comes as a series of workplace accidents, the company‘s involvement in a coal-fired project and alleged ties to Myanmar‘s military coup piles pressure on Choi, who served as chief of the steel-to-chemical conglomerate and has been an inside board member since 2018.

Following its stance, NPS will cast its vote in proportion to the other voters in favor of, or opposing, Choi’s fresh three-year term. The incumbent chairman needs to win a majority of the voters who cast their ballots.

NPS said its nine-member subcommittee dedicated to NPS‘ fiduciary responsibility on Tuesday has taken into account the ongoing legislation that holds an entrepreneur accountable for industrial disasters, but noted the issues surrounding Choi do not clearly constitute a reason to disapprove him under the current internal voting guideline.

A total of 14 workplace deaths had occurred since Choi taking the chairman post in July 2018. Eight of them have been confirmed as industrial disasters by the Labor Ministry.

The passage of the Severe Accident Corporate Punishment Act, effective January 2022, highlights the need to watch a negligence of the top businessman that could undermine the corporate value, said NPS in a statement.

Other than the agenda surrounding Choi’s second term, along with Posco‘s proposal to increase remuneration, the NPS’ subcommittee approved to vote in favor of the other nine agendas during the Posco annual meeting.

In the meantime, local civic groups earlier in March filed a complaint against Choi, along with Posco‘s 63 executives, for insider trading. Choi is accused of using confidential information to buy 615 Posco shares in March 2020, before the announcement of Posco’s share buyback plan in April.

Posco said the decision to buy back shares was made with urgency as institutional shareholders requested it in April, after Choi’s stock purchase took place.

NPS in February 2020 announced that it would exercise its voting right of Posco as a “general investor,” meaning it may propose to revise a target company’s articles of association to improve corporate governance and influence dividend payouts and executive salaries.

Posco is one of over 80 listed companies in Korea of which NPS is a blockholding general investor. The pension fund oversees 176.7 trillion won Korean listed shares.

While the decision is likely to pave the way for the incumbent Posco Chairman‘s seat in the boardroom, Choi is likely to remain in quandary over other issues.

Posco’s joint venture in Myanmar is suspected to have provided financial support to the military coup, while Posco and its subsidiary Posco Energy is taking part in Korea‘s final coal-fired power plant project in Samcheok, Gangwon Province.