Apple Korea announced on Nov. 30 that it would open its second South Korean store in Yeouido, the financial district in northwestern Seoul, as part of a strategy to expand its sales and services in the country.

Although the Seoul branch didn’t reveal an official date for the opening of the new Apple Store, the second shop is likely to open within the year.

The second Apple Store of the global tech giant will be located in the first basement floor of the IFC Mall in Yeouido.

Apple is opening the second in less than three years after it launched the first one in Garosu-gil in October 2018. 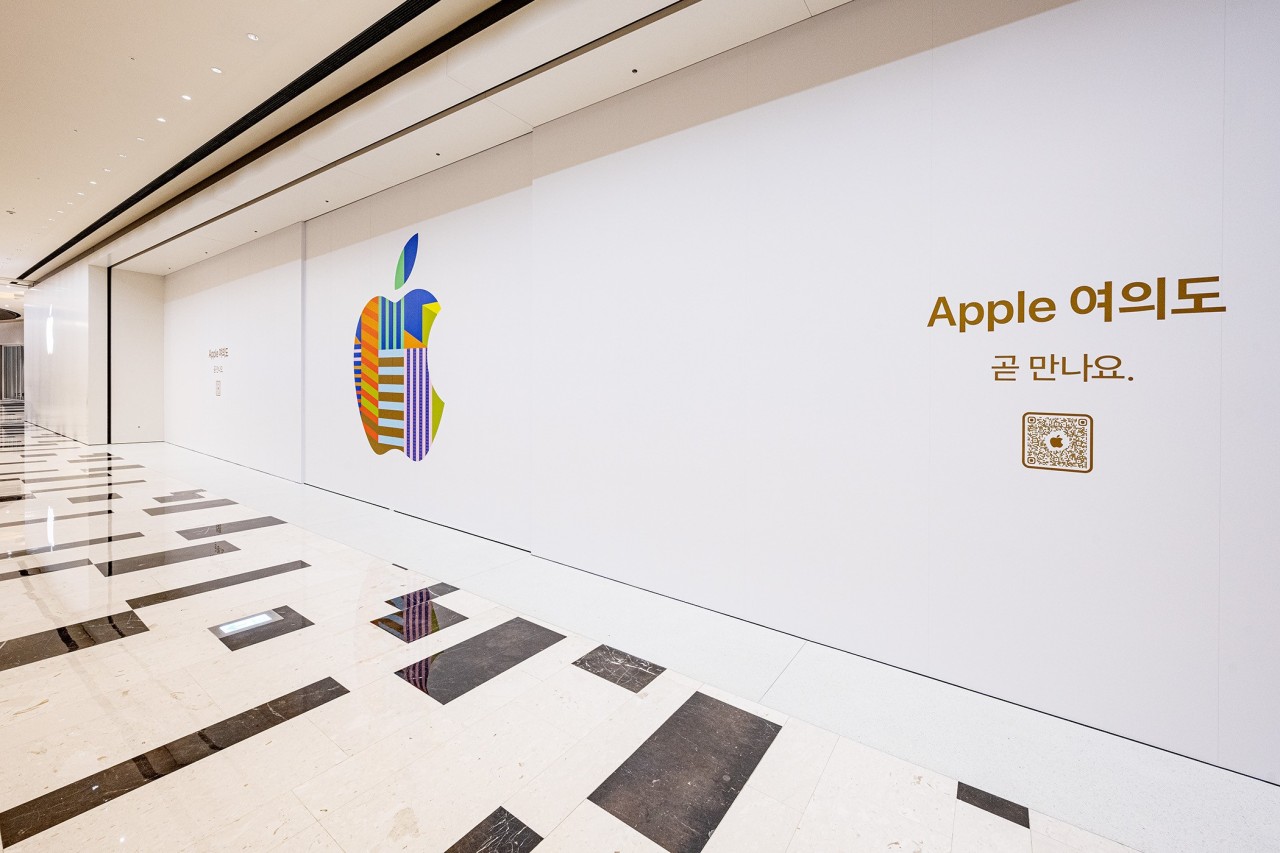 Also, rumors are circulating that Apple would open the third shop in Myeong-dong, central Seoul, next year.

The addition of new retail shops here is interpreted as a stronger push into the the home turf of its archrival Samsung Electronics.

“Since Korea was the first to commercialize the 5G network, and Apple has just launched its first 5G phones this year, it would make stronger efforts to increase its share in the 5G market here in Korea,” an industry official said.

Apple has hinted at its Korea expansion strategy by releasing the latest iPhone 12 models in the Korean market in late October, a few weeks earlier than expected.

Although some market data showed that Samsung dominated the Korean smartphone market with a 72.3 percent share as of the third quarter, Apple’s iPhone 12 series is rapidly gaining popularity in the market, with prospects that it could potentially take down Samsung’s market share in the fourth quarter.

Around 600,000 units of the iPhone 12 series were sold for the past one month, up about 30 percent from its predecessors last year, according to sources in the telecommunications industry.