The KFB board of directors unanimously approved Kim’s nomination as its 14th chairman during a general meeting held early in the morning. 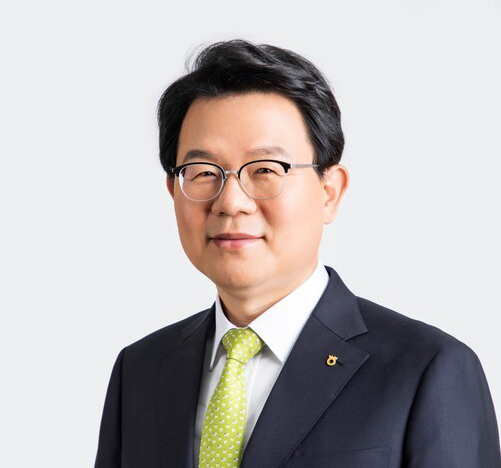 The appointment came after Kim was picked as the sole candidate to be KFB chief Tuesday, among seven candidates initially recommended for the post.

Serving as a civil servant for years, the new chief of the federation, 63, has taken key posts at the Finance Ministry and Financial Services Commission. The chairman also joined the eventual President Moon Jae-in’s election campaign in 2017 before becoming the chairman of NH Financial Group in 2018. He won a second term in April in recognition of the banking group’s stable business performance as well as his expertise in digital finance.