Kasa Korea, a real estate investment platform operator, on Nov. 12 unveiled the first property to be listed on its platform, offering retail investors relatively easy entry into the property investment market in the form of small-sum securities. 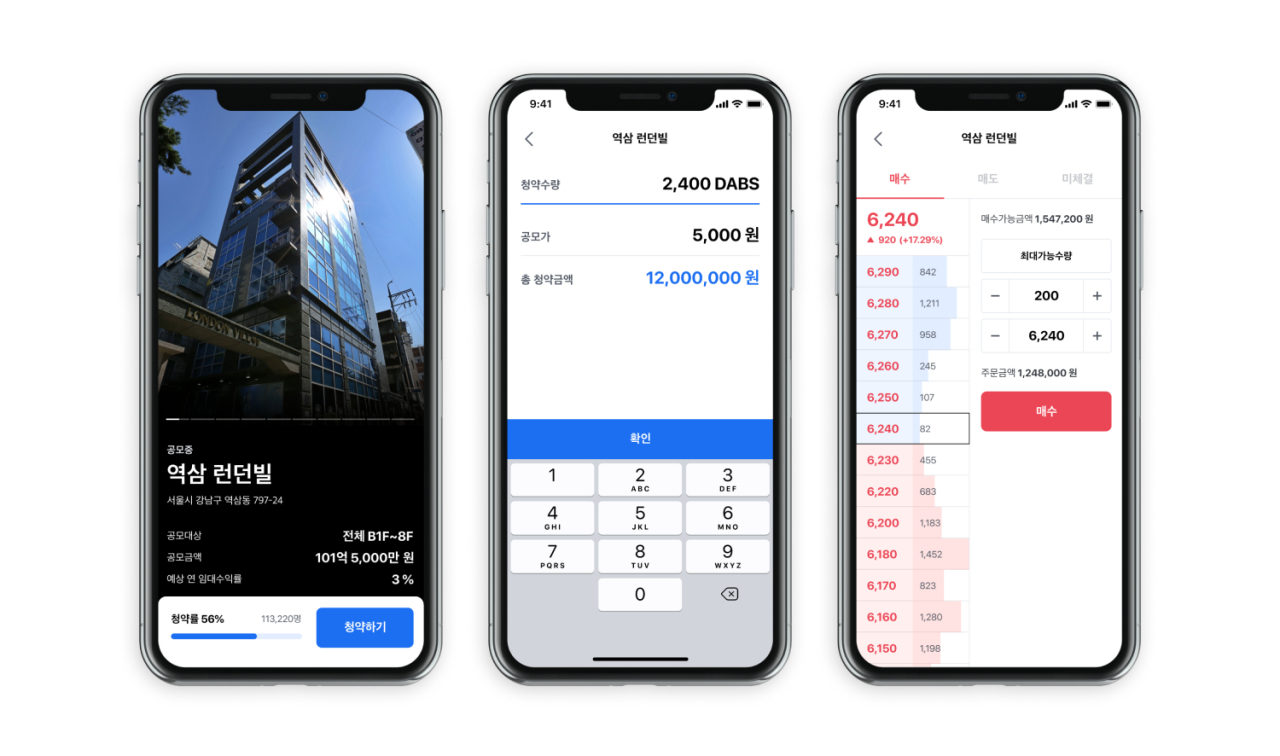 “Kasa Korea will hold the public offering process for its initial property, starting Nov. 25 to run until Dec. 4,” the company said in a release.

The firm’s key service -- mobile platform Kasa -- seeks to lower the investors’ threshold to the profitable commercial real estate market by issuing digital asset-backed securities for a given building’s ownership.

Through the initial public offering, the company will issue 10.1 billion won ($9.1 million) of digital asset-backed securities, marking the first such case in the domestic market. The issuer of the securities is Korea Real Estate Investment & Trust, and the investors’ deposits are to be managed by Hana Bank.

Applications are to be made via the Kasa mobile application and offerings will be closed on a first-come, first-served basis.

Investors may realize margin by freely trading their digital asset-backed securities -- priced at 5,000 won per unit -- via the mobile platform and also receiving leasing revenues every three months.

“We expect steady value appreciation as the building is located within 10-minute walking distance from major subway stations such as Gangnam, Yeoksam, and Yangjae,” the company said.

“Also, the building’s sole tenant PCA Korea plans to establish itself as a landmark educational institution in Seoul’s Gangnam zone in the upcoming years.”

Kasa Korea, designated last year by the Financial Services Commission as one of the “innovative financial services,” has so far attracted a combined 20 billion won from domestic and global investors.

Its latest outcome was the pre-Series B funding round led by state-run Korea Development Bank in September, worth 9.2 billion won.