Big Hit Entertainment, the label-management agency of K-pop giants BTS, announced on August 14 that its estimated sales revenue during the first half of 2020 reached a record 294 billion won (US$244.8 million) on the back of strong album sales and paid online concert revenues.

In a biannual corporate briefing held on YouTube, the company added that its estimated operating profit during the January-June period reached 49.7 billion won. Big Hit said the numbers were subject to an audit before confirmation.

The estimates for sales and operating profit represent 46.9 percent and 27.1 percent hikes, respectively, from a year ago. 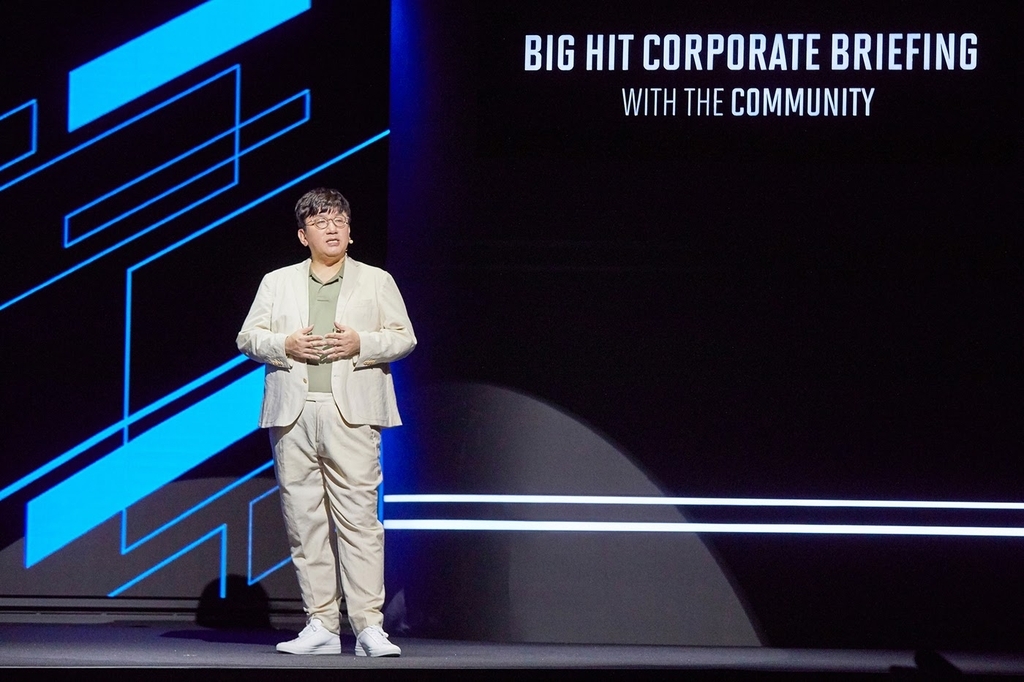 This photo provided by Big Hit Entertainment on Aug. 13, 2020, shows Bang Si-hyuk, chairman and CEO of Big Hit Entertainment, speaking at an online corporate briefing streamed on YouTube. The company behind K-pop giant BTS announced that its sales revenue estimate for the first half of 2020 reached a record 294 billion won. (PHOTO NOT FOR SALE) (Yonhap)

Despite the cancellation of BTS‘ world tour and other activities due to COVID-19, Big Hit said it managed to achieve record sales from strong digital and physical albums sales as well as the mega successful paid online concert by BTS held in June.

The event came about a week after Big Hit was approved by the Korea Exchange, South Korea’s bourse operator, in a preliminary review to be listed on the country‘s benchmark KOSPI stock index.

Thanks to Big Hit’s past acquisitions of K-pop agencies Pledis and Source Music, of the top 100 albums on the Korea Music Content Association-operated Gaon chart, about 40 percent of all albums sold during the period in terms of volume were part of “Big Hit Labels.” These acts include idol groups BTS, Seventeen, NU‘EST, GFriend and TXT.

Big Hit also announced that BTS will hold a concert series, titled “BTS Map Of The Soul ON:E,” via both in-person and virtually streamed events in October.

By Park Ga-young and newswires