South Korean benchmark indexes continued to be on an upbeat note on May 20, following the government’s additional economic measures to counter the ongoing coronavirus crisis.

The nation’s main bourse Kospi rose to a high of 1,992.20 points in intraday trading, up 0.59 percent from a day earlier, while the secondary Kosdaq crossed the 700-point mark for the first time in a year.

The gains were partly driven by mobile services providers, such as Naver and Kakao, which are deemed as some of the biggest beneficiaries in the ongoing coronavirus crisis. 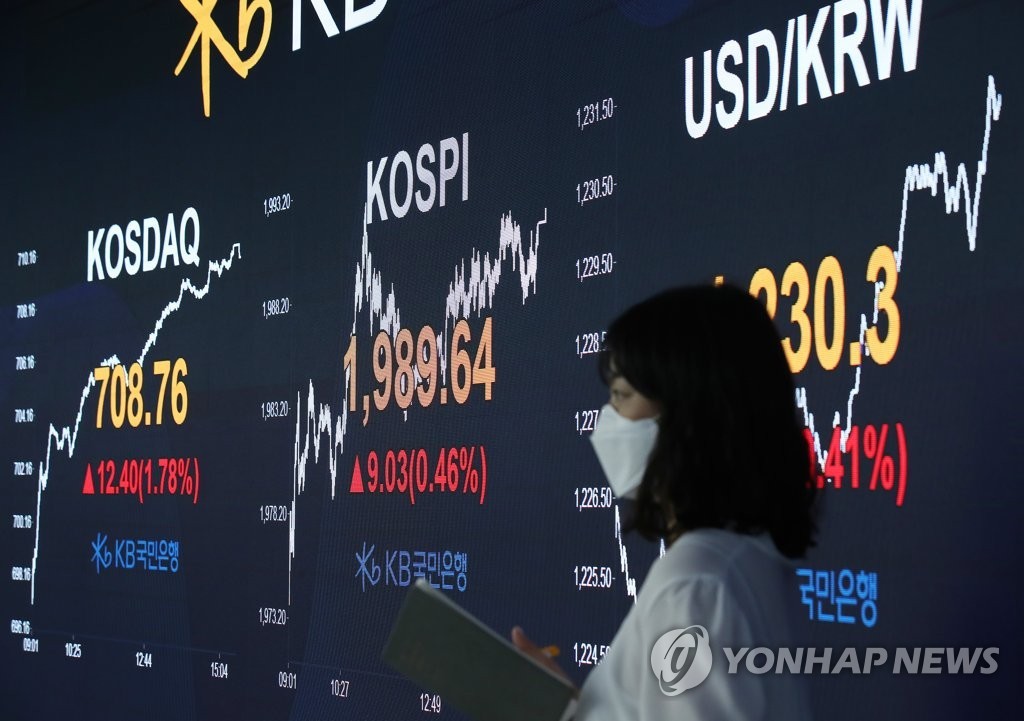 The overall software sector rose 2.39 percent while the electronic component segment posted a gain of 3.63 percent as of 2:55 p.m.

The government’s plan to shore up the coronavirus-battered economy gave a boost to the stock market on the day. Participating in an emergency meeting with government officials, Finance Minister Hong Nam-ki said that the ministry will step up efforts to create jobs in the public sector by spending 3.5 trillion won in the coming months. He also said it would spend 10 trillion won to set up an organization to buy low-rated corporate bonds and commercial papers.

Shares opened slightly lower in early morning trading on news reports that raised questions over the efficacy of a candidate coronavirus vaccine being developed by US pharmaceutical firm Moderna. The Kospi dropped 8.49 points to 1,972.12 points as it opened in the morning, but soon made a turnaround later.

The US vaccine developer had announced that one of its vaccines under development showed positive interim results in early stage trials, which drove up stocks in the US as well as the local market.

Meanwhile, the nation’s bellwether Samsung Electronics, which gained 3.07 percent on Tuesday, failed to gather further momentum in the Wednesday session and dropped 0.99 percent to 49,800 won in intraday trading.