‘Proxy advisers KCGS and ISS have lost objectivity on Hanjin’

“The latest decision of proxy advisers, including ISS, contradicts their own guidelines, and are extremely lopsided,” the group said in a statement.

KCGS and ISS have backed the extension of Chairman Cho’s term and the appointment of current Korean Air Chief Financial Officer Ha Eun-yong as a board member. 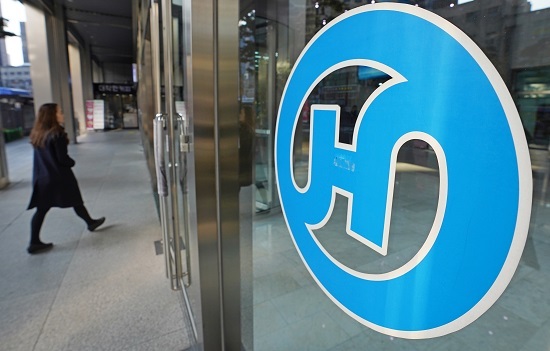 A woman walks into the headquarters of Hanjin Kal in Seoul. (Yonhap)

It is “self-contradictory, as they are allegedly behind a bribery scheme, in which Hanjin KAL’s flagship unit Korean Air received illegal kickbacks of some $15 million from European aircraft maker Airbus between 2010 and 2013,” the group claimed.

“(Chairman) Cho is obviously ineligible because of legal violations currently being investigated by authorities,” the shareholders’ group said.

Hanjin countered by saying that the bribery scandal has nothing to do with the sitting chairman since he joined the conglomerate in 2003 while the alleged agreement between Korean Air and Airbus was made between 1996 and 2000.

The feud between Chairman Cho and his sister over management control of Hanjin and Korean Air escalated early this year, with his term as board director scheduled to expire on Monday. He took helm of the conglomerate last year after his father passed away in April.