The recent move -- with the US Federal Reserve’s monetary expansionary policy coupled with the recent truce in the US-China trade war -- might continue to lower the currency risk for Korean investors in cross-border properties assets, where currency risk hedging is a key factor in securing the return on investment.

“Due to currency risk hedging and overpricing from heated competition, Korean firms have lost appetite for US properties over the past couple of years,” Philip Jin, head of research at Cushman & Wakefield's Seoul unit, told reporters in a press conference in Seoul. “But starting next year, things might change.” 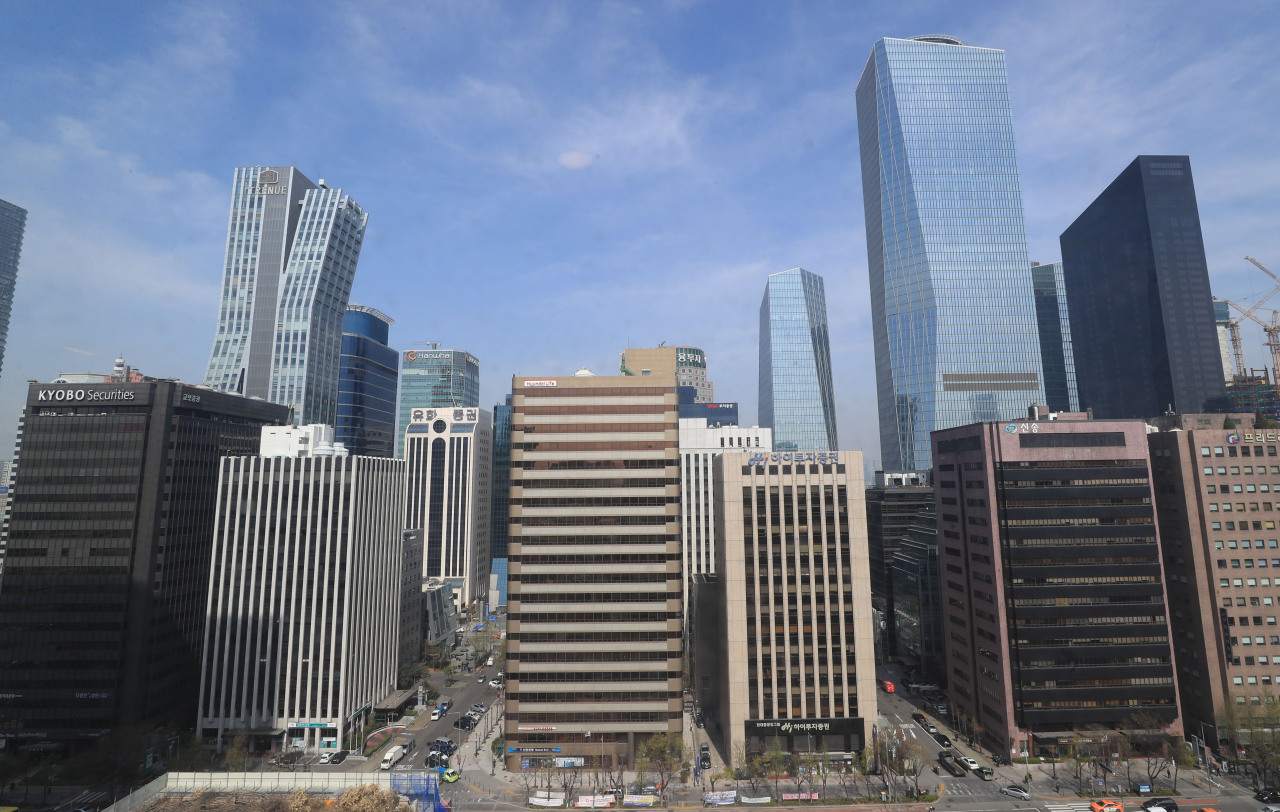 An exterior view of Yeouido, Seoul
Courtesy of Yonhap

In December, the anticipated loss from US dollar exchange risk came to roughly 100 basis points, a sharp contrast from that of a year prior at 180 basis points, according to Jin’s estimate. This came as the Korean won strengthened by 2.4 percent, or 28.1 won, against the greenback over the past 10 trading days.

On the other hand, the exchange rate premium in European investment has narrowed two-thirds to 120-130 basis points, compared to a year prior at around 180 basis points.

“Korean investors have enjoyed a currency premium in Europe so far, but as the premium is on the decline now, they are likely to pursue portfolio diversification,” Jin said.

This signals a change from Korean investors’ recent efforts to hedge foreign exchange rate risk by focusing on the European market, where investors could enjoy some 180 basis points of exchange rate premium as of end-2018.

According to C&W Korea, the volume of Korean investment in European office buildings for 2019 to date came to 15.5 trillion won ($13.3 billion), up 152 percent from 2018. Of total volume across the world, 86 percent went to Europe, while markets in the US and Asia-Pacific region received 7 percent, respectively.

Their focus on low-risk commercial buildings in Western Europe’s “gateway cities” like French capital Paris and Frankfurt, Germany have been highly contested. This, coupled with the appetite for undervalued assets, triggered the Korean investors’ turn to office buildings in cities of eastern, southern and northern Europe.

This year solely saw six closings of transactions in Eastern Europe, compared to zero in 2017. Korean exposure to non-Western Europe out of the whole continent in terms of office building investment came to a record-high 12.8 percent this year, according to C&W Korea.

Korean investors’ effort to diversify the alternative asset portfolio might trigger a comeback to the US commercial real estate market, which from 2014 to 2016 saw at least 30 percent regional exposure, Jin said.

“If Korean investors see a reduced currency risk against the US dollar, they might recover their appetite for US real estate market,” Jin said.