The transaction volume of office buildings in Seoul in the first three quarters of 2019 came to 8 trillion won ($6.9 billion), down 21.6 percent on-year, data showed Oct. 29.

This came as Seoul logged 37 transactions of real estate assets valued at a combined 2.1 trillion won in the third quarter, according to data by property consultancy Cushman & Wakefield.

This comes in contrast with prospects for brisk transactions of properties in other districts -- such as Acro Seoul Forest Office, D Cube City Office, Time Square Office and Young City. 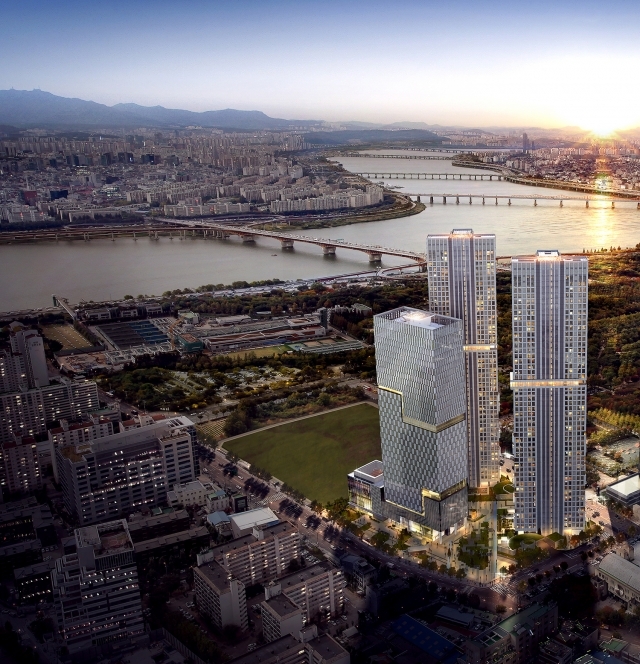 “For buyers, sales of prime-class core assets in major districts have exhausted, but based on ample liquidity, they have also turned to core office assets other than in major districts for investments,” Philip Jin, head of research at C&W Korea, wrote in a note.

Investors’ appetite for alternative investments, coupled with the macroeconomy, is likely to help office investment in Seoul stay afloat despite the third-quarter decline, he added.

“High liquidity in the market still favors alternative investments compared to traditional investments such as stocks and bonds,” Jin noted. “Due to the effect of the benchmark rate cut the funding environment is also expected to improve and continue to be somewhat active until the end of the year.”

All the three transactions took place in properties in Central Business District of Seoul, which took up half of the total quarterly transaction volume.