Why governance reform is key to make chaebol accountable

Nearly every presidential candidate in South Korea over the past two decades has made the same campaign promise and failed to deliver on it: End the near-monopoly chaebol hold in the country and give smaller companies an opportunity to thrive.

To enact some semblance of control over chaebol, the government has focused on cracking down on corruption and taking executives to court; however, this does not appear to be the sole solution to reforms. In fact, a focus on reforming the governance structures of these organizations may be a route to more lasting change.

One of the major concerns about chaebol is that their high level of power and influence opens the door to unethical practices that tend to go unpunished. Studies have found that 70 percent of chaebol leaders get a reduced prison sentence. For comparison, 40 percent of non-chaebol leaders in bribery cases receive a suspended sentence and for those who commit “street crimes,” such as theft, only 20 percent receive a lighter sentence, the Financial Times reported. 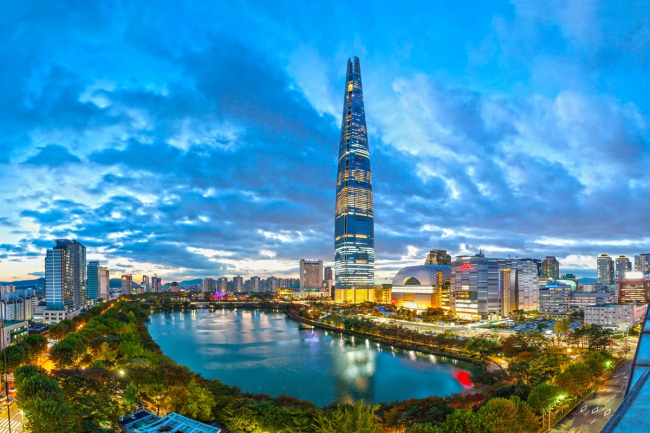 The series of corruption scandals running through these conglomerates is why South Koreans have been pushing for chaebol reforms for years. While the government has promised reforms, it has yet to happen. Two years into President Moon Jae-in’s presidential term, there has been little change in how chaebols are operating. In fact, there are concerns that the reform agenda and the country’s economic growth agenda are at odds.

As part of the peace initiative brokered with North Korea, the nations will enhance economic cooperation, and chaebol play a critical role to the success of this partnership, as investments are needed from them to create transport links between the two nations and engage in future business partnerships.

More imminently, there appears to be a direct correlation between economic slowdown and sluggish reforms. When the economy stalls, the interest in diluting the power of these family-owned conglomerates loses steam or stops completely. Proposed solutions have focused on creating a stable economy that is less reliant on chaebol to keep the marketplace humming, including the attempt to raise the minimum wage.

Moon promised to raise the minimum wage to 10,000 ($8.40) won by 2020, but instead pay for 2020 will come to 8,590 won, up 2.9 percent on the year. The government pumped the brakes on a larger raise given the disastrous impacts previous steep hikes had. The hope for such a raise is that there is a “trickle up” effect that benefits both the low-income workers and reinvigorates the economy. What has played out in reality is both employment and economic growth have dropped. Higher minimum wages forced small business owners to lay off workers because they couldn’t afford to pay them.

Adding fuel to the worsening situation is export restrictions South Korea is facing from Japan, specifically hydrogen fluoride -- a necessary component for semiconductor companies, which are major powers in the country.

This puts Moon in a difficult position, contending with a slumping economy, a monopolistic marketplace and a continuing trade war with Japan. Some would argue now is not the time for a government crackdown on chaebol, but perhaps it’s exactly the right time for a governance reform. One needs to look no further than the impact Japan’s corporate governance improvements have had on the country.

Japan’s stewardship code was announced in 2014 followed by a corporate governance code in 2015, which have led to more independent and diverse boards, increased transparency and conversations with investors and improved the connections between business, shareholders and society. All of these factors narrow the potential for corruption and increase the possibility of economic growth -- two things South Korea needs.

Instead of focusing on jailing (and then lessening the sentences) of those convicted of white-collar crimes, a better path for South Korea is to implement its own governance reform. This would force chaebols to change their structures and would drastically reduce the opportunities for corruption and allow more stakeholders -- not just the owner families and their inner circles -- to have a voice.

Of course governance reform cannot happen overnight. It requires the government to take a stand and implement and enforce a code of conduct. While chaebols may grumble, there are benefits for them as well. There are many studies that point to the positive impact independent directors can have on a board. They bring new perspectives and expertise that can allow the company to grow and innovate in new ways and they also can help with a tricky matter in family companies—succession planning for the CEO. Having an independent voice can help ensure the right leader is developed and ready to take over.

By Eugene Kim and Kim Ah-jeong