Raison d’etre questioned of once top-tier economic platform, but Japan seeks best use of membership

The liberal world order, or at least the belief that it could be sustained, has lasted for much of the 20th century, but is likely to fade away amid the rise of nationalism and protectionism across the world.

This regression to state-centered policies naturally drove advanced economies to drift apart from conventional world organizations such as the United Nations and the World Trade Organization, and turn to smaller interest groups.

The Group of Seven is an informal bloc of the so-called western advanced democracies -- Canada, France, Germany, Italy, Japan, the UK and the US. Russia had was part of the forum from 1998 to 2014 -- as part of the Group of Eight -- but was suspended for its disputed annexation of Crimea. 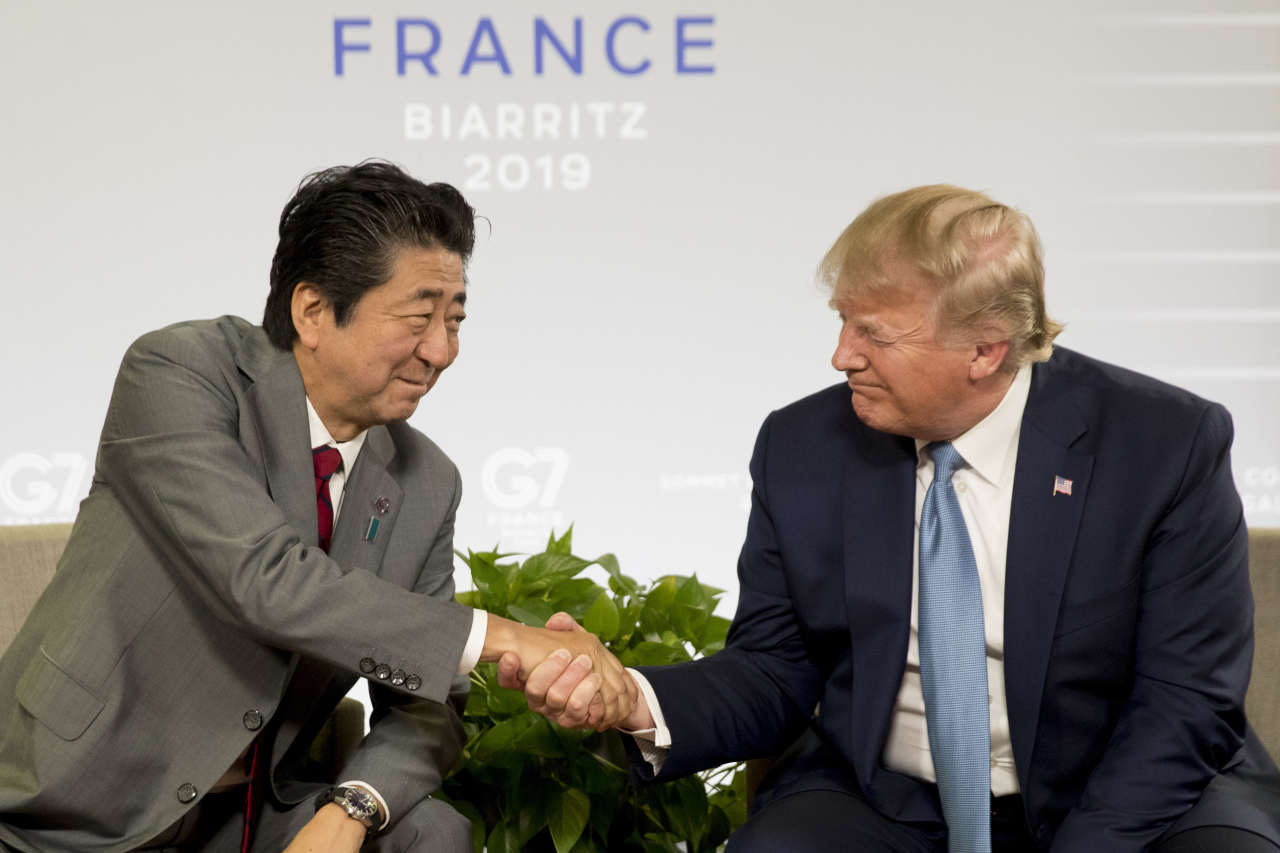 The G-7 was for some years considered a rising power group, representing a significant portion of the world’s economy and key decision makers. Its homogenous membership was also seen as a positive factor that facilitates consensus and action.

But in light of the changing world order, this organization apparently finds itself wedged between the top-tier power group -- the US and China -- and the rest of world.

Amid the rise of new economic powers, the G-7 countries have seen their influence shrink over the past decades. Their aggregate gross domestic product stood at around 46 percent in nominal values, down considerably from nearly 70 percent three decades earlier. In terms of purchasing power parity, they accounted for 32 percent of the world’s GDP.

Observers point out that G-7’s leverage will continue to diminish, not only due to the lack of emerging powers but also US President Donald Trump who has been deepening divisions from the inside, raising questions about the bloc’s cooperation.

This year’s summit, hosted in France’s Biarritz in August, was noted for failing to produce a communique -- the official joint statement -- for the first time since the group met back in 1975.

Instead, French President Emmanuel Macron stood in a joint press conference with his US counterpart Trump and announced a short one-page statement that touches on limited issues such as trade, Iran, Ukraine, Libya and Hong Kong. Despite their self-claimed praise of the “successful” summit and the “unity” it displayed, the anticlimax of the event stirred up skepticism about the role of G-7.

Rising as a potential substitute to the fading presence of the G-7 was the Group of 20, which includes several of the emerging economies and represents about 80 percent of the global GDP, as well as two-thirds of the world population.

But for some member states, the G-7 continues to stand as an irreplaceable multilateral platform that offers exclusive membership.

Japan, the only Asian country among the seven, has been taking advantage of the gathering to state its case over disputed agendas in the East Asian region -- without the presence of China and South Korea.

Especially this year, Japanese Prime Minister Shinzo Abe took advantage of the timely G-7 gathering to show his disapproval on Seoul’s withdrawal from an intelligence-sharing deal with Tokyo -- an action which came amid aggravating bilateral ties.

Though it did not make a direct mention of China, Japan also offered a favorable trade deal, saying that Japanese companies will import some 2.7 million tons of corn from the US, independent of the bilateral trade deal. The $7 billion suggestion came amid the escalating US-China trade dispute, which led Beijing to suspend its corn imports from Washington.

In related talks with Trump on the sidelines of G-7, Abe claimed that the imports would also benefit Japan, which has recently seen crop damages by moth caterpillars. The decision, however, triggered a backlash from local farming industries and experts.

“It is questionable whether that additional amount of corn is needed in Japan,” local paper Mainichi said, adding that the crop damages are not as serious as Abe has claimed.

Nobuhiro Suzuki, professor of agriculture and life science at the University of Tokyo, accused the Abe administration of employing an expedient to take the US side amid the US-China trade war.

Despite all the efforts made at the G-7 forum, however, Japan is also increasingly recognizing the fading clout of the once-powerful economic platform.

Local paper Nikkei claimed that the G-7 is now facing a dramatic turn after over 40 years, reporting that the aggravating trade war between Washington and Beijing is a flashback of “the 1930s when trade protectionism was rampant amid the aftermath of the (World) War and the Great Depression.”