INCHEON -- Blockchain is quietly becoming mainstream as a component that allows corporations to save costs in accumulating consumer data and create contents based on them. In sync with such trends, there are signs that legal uncertainties involving blockchain-powered virtual assets might be on the wane, including in South Korea.

Upbit Developer Conference, which kicked in Incheon City, bordering the capital Seoul, on Sept. 4, suggested how corporations and organizations are proving the viability of services powered by blockchain and other forms of distributed ledgers.

The developer-centric two-day event, hosted by Seoul-based blockchain solution firm Dunamu, features sessions and discussions surrounding use cases of blockchain platform for customer services and was attended by some 1,000 participants. 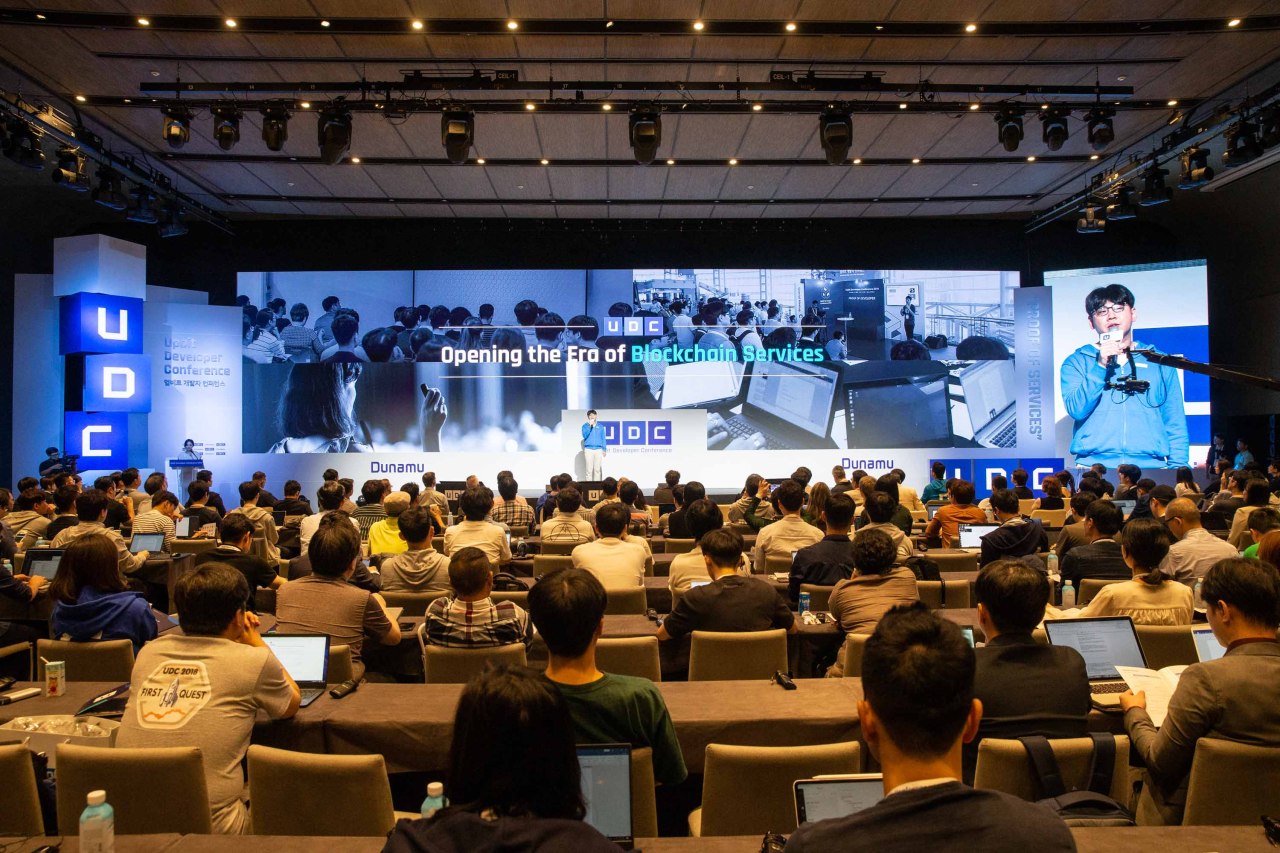 Representatives of Carry Protocol, Theta, Watcha, TTC Foundation and Riiid came up with solutions to save costs through sustainable communities on distributed ledger platforms, through which customers make adequate amount of transactions while clients can collect feasible customer data on the ledgers.

In the meantime, players like Magnis, Mossland and Superbloke can develop games with nonfungible tokens made on blockchain technology.

These are “value propositions” in a wider range of industries that the blockchain community in Korea is witnessing, Dunamu Chairman Song Chi-hyung said in his opening speech.

“We need to see more fresh (blockchain-driven) value in the field of not only finance, but also entertainment, mobility, energy and advertisements,” Song said. 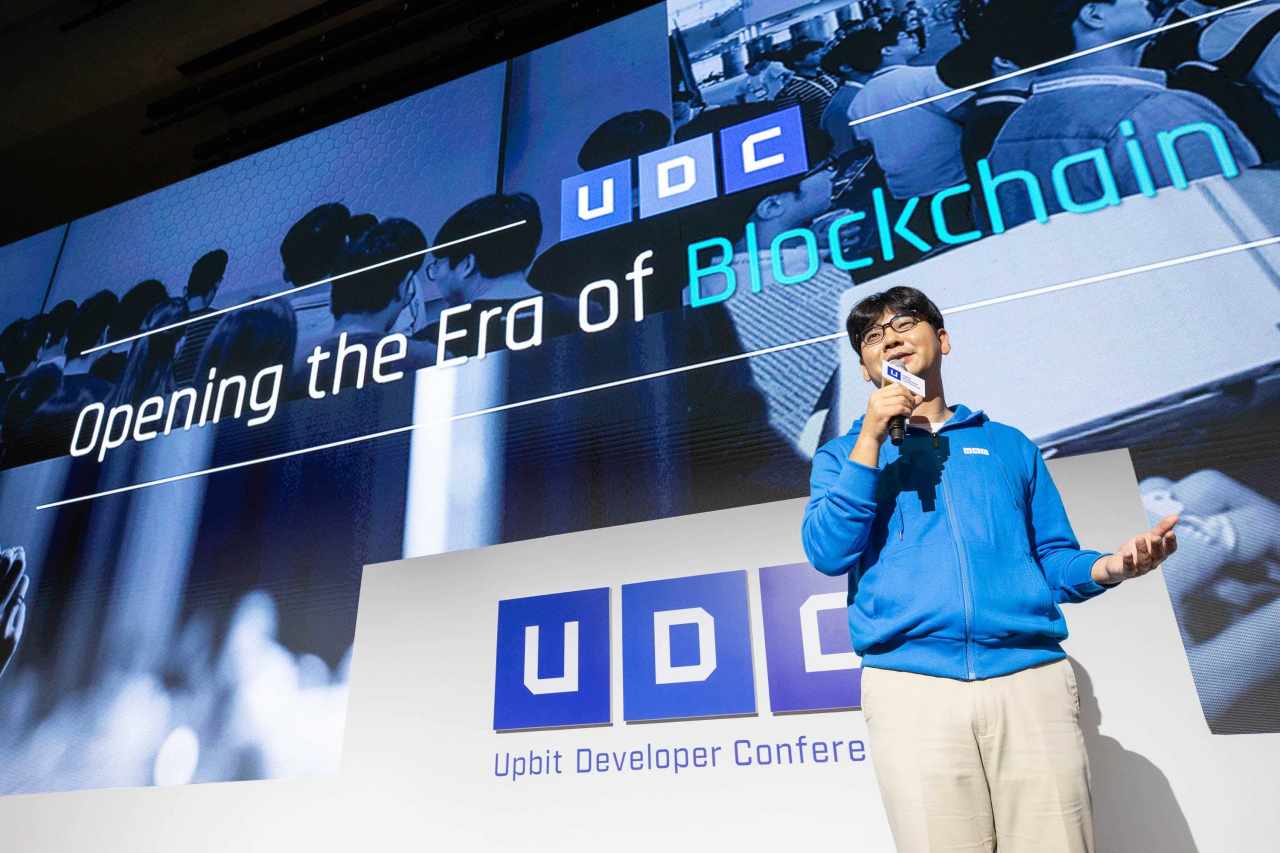 This comes amid the controversial general perceptions about the term blockchain and cryptocurrency here.

“What gained public attention were cryptocurrencies and their tech viability, instead of services that make use of the technology,” Song said. “Certain (blockchain-powered) services would come full circle when the technology is rather invisible. When we use smartphones, we do not talk much about technologies regarding the internet infrastructure.”

The first day of UDC 2019 offered a glimpse of stable coins -- a form of virtual assets designed mainly to ward off volatility -- through presentations by Terra and Lambda 256. Companies, including Hedera Hashgraph, Blockstream and Klaytn, shared their own projects to improve scalability of virtual assets with consensus algorithms and distribution ledger technologies.

Dumanu has operated Korea’s largest cryptocurrency exchange Upbit. In addition, it has come up with blockchain infrastructure targeting corporate clients through Upbit Enterprise and Upbit Saft, with a combined 60 billion won ($49.6 million) funding to startups dedicated to blockchain and fintech. Luniverse, on the other hand, provides consulting for blockchain-as-a-service.