Expat-run startup out to empower asylum seekers, sustain their careers

Over 70 million refugees are estimated to have spread across the world as of 2018, the highest level in seven decades, according to the UN Refugee Agency.

An expat startup entrepreneur based in Seoul is out to mitigate the level of wasted human talent due to war, terror and persecution that forces people to migrate.

Setting off ripples through the world could be his forthcoming project in South Korea to allow the displaced to generate income using their own set of professional skills instead of manual labor, Craig LaTouche said in a recent interview with The Investor. 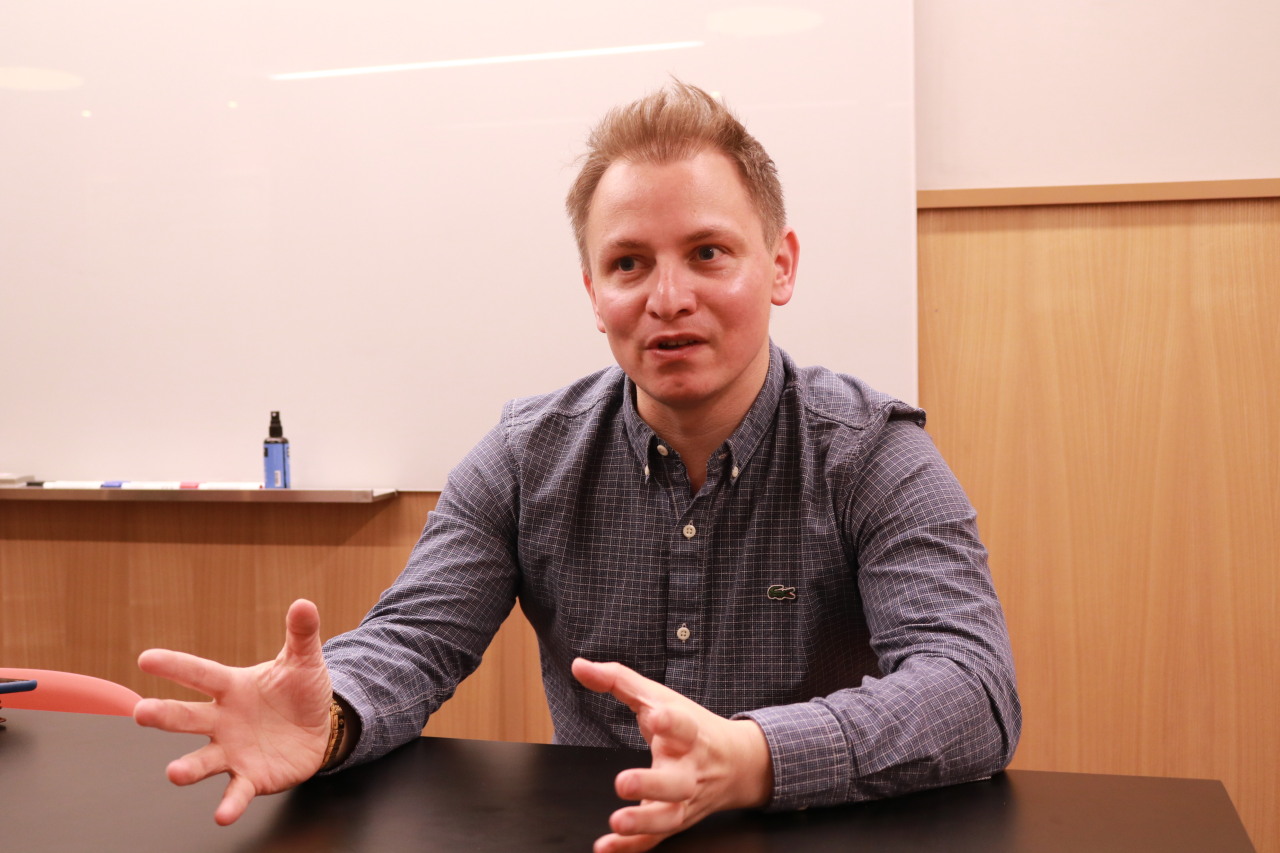 “These days, there are a lot of jobs that can give refugees a basic income to survive but not necessarily (a chance to) build their career,” LaTouche said. “I’m trying to focus on figuring out what can help (asylum seekers) get jobs that will sustain their future careers.”

LaTouche has run a startup called Jobfindr since 2016. Now at its seed funding stage, it operates an online platform dedicated to providing foreign nationals in the greater Seoul area with verified entry-level job opportunities. The 32-year-old Irish also runs a project called Connector that lets job seekers interact with company officials in a casual manner.

As a decade-long resident in Korea, LaTouche has taken the lead in his newest project HireChance in order to extend a helping hand to the displaced from war-torn Yemen to Korea.

A couple of years ago, he got a call from a Korean who presumably had business contacts with one of the Yemen asylum seekers prior to the outbreak of war, LaTouche recalled. The person over the phone asked him to connect the refugee -- with skills in public administration and foreign languages -- with some companies he knows.

Soon, LaTouche realized that finding Yemen asylum seekers a suitable job was a tall order, despite their career background.

Controversies and the following social conflict have been brewing since last year over the entry of some 400 Yemen asylum seekers, forcing the authorities to set their visas aside.

“(Employers) were intimidated by the news and petitions,” LaTouche said. “(Koreans) were reluctant to get involved.”

Yemenis who used to be computer programmers, dentists or workers at international companies were not able to find a decent job in Korea that match their profession. Instead, they ended up working at factories or farms in remote areas.

Still, LaTouche carried on and pinned hopes on their skill sets and motivations to contribute to rebuilding the citizens of the war-torn country.

But how could they? LaTouche fixated on the deep-running Yemeni culture and its signature produce -- coffee.

Through HireChance, LaTouche seeks to found a new company to sell coffee and have a social impact across Korea. The company will run on an undisclosed amount of funding, LaTouche said. It plans to sell coffee from Yemen, Colombia and other coffee-producing nations, and will invest a significant portion of profit in online education courses and initiatives to give asylum seekers access to hone their skills and build meaningful careers.

“What I was looking at was their empowerment,” he said.

The new entity’s business model could eventually change the nationwide perception, he added.

“It changes the narrative,” he said. “The first thing they think about the Yemen is refugees and war. After (trying Yemeni coffee), they will realize that the country has great coffee.”

HireChance will launch a coffee business by the end of August or early September this year, according to LaTouche.