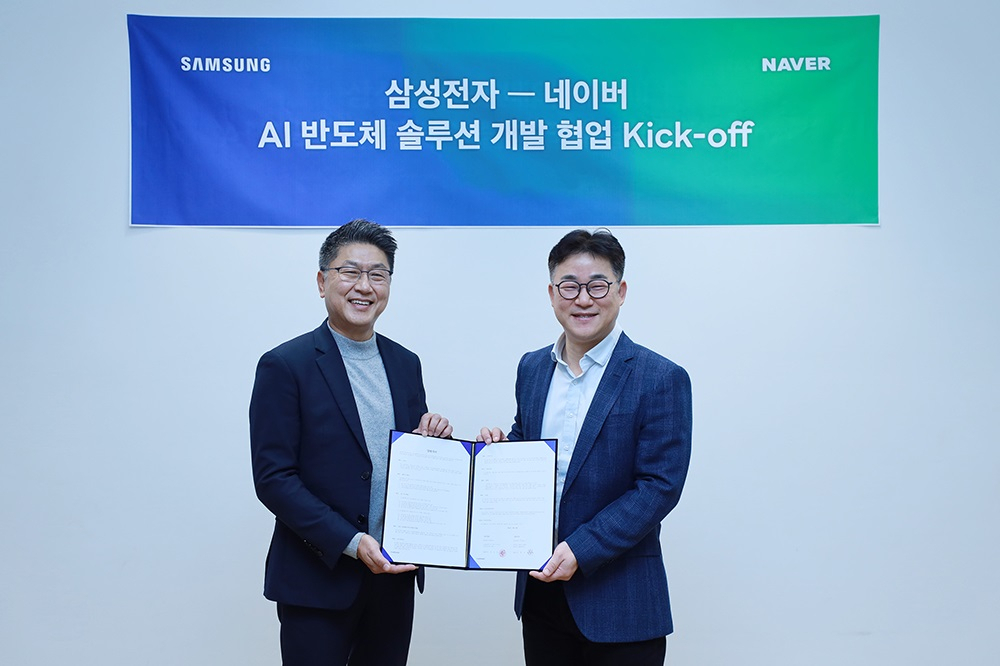 The two companies will develop chip solutions that have greater capacity to process large-sized data, which existing computing systems have difficulties in dealing with, the firm said.

The duo seeks to find new solutions that better address the bottlenecks in advancing AI systems and maximize efficiency in power consumption as well.

Naver's experience in operating its own AI platform, dubbed HyperClova, and supercomputer infrastructure, will be of a great help to Samsung Electronics, the chipmaker said.

The chip firm highlighted that it hopes to leverage Naver's experience in applying such technologies into online services that is used by tens of millions of users.

"With tailored solutions that reflect the most pressing needs of AI service providers and users, we are committed to broadening our market-leading memory lineup including computational storage, PIM and more, to fully accommodate the ever-increasing scale of data."

"Combining our acquired knowledge and know-how from HyperClova with Samsung's semiconductor manufacturing prowess, we believe we can create an entirely new class of solutions that can better tackle the challenges of today's AI technologies," said Chung Suk-geun, the head of Naver's Clova division.