SK On, Ford break ground on largest EV battery plant in US 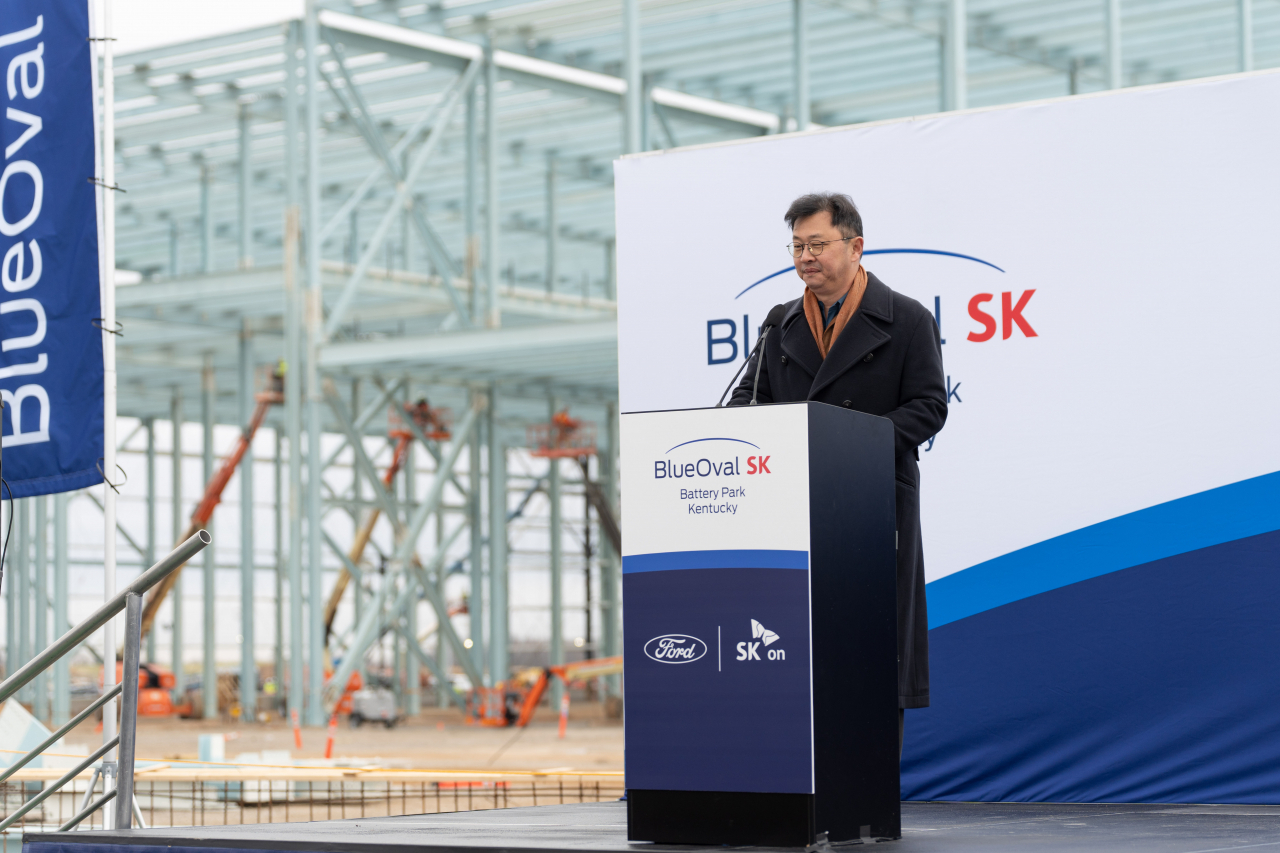 BlueOval SK, a joint venture between SK On and Ford, has broken ground to build the largest EV battery plant in the US, establishing a strong foothold to expand its market share in the global battery market.

According to SK On, about 400 business leaders, US state and federal officials and local residents including SK Group Executive Vice Chairman Chey Jae-won took part in the EV battery plant’s groundbreaking ceremony in Glendale, Kentucky, on Monday.

"Right here in Kentucky, Ford and SK are joining forces to lead the future of the EV industry. We will be manufacturing the safest and the most reliable batteries in the world,” said Chey. “Over the next two years, BlueOval SK will build the biggest and most advanced plants for EV batteries, and Kentucky will become a vital center for the future of clean mobility.”

The official commencement of construction came about 16 months after SK On and Ford announced in September 2021 that the companies will invest a total of $11.4 billion to build two mega manufacturing campuses in Kentucky and Tennessee with three battery plants.

The BlueOval SK Battery Park will feature the largest production capacity for a single battery campus in the US. The site will have twin EV battery plants with a capacity of up to 43 gigawatt-hours for a total production of 86 GWh per year. The 1,500-acre complex is expected to be completed before the end of 2024. The company said it aims to begin manufacturing batteries for next-generation Ford and Lincoln EVs in the first quarter of 2025.

BlueOval SK also plans to break ground for another mega manufacturing campus in Stanton, Tennessee, within this year, according to SK On. Called BlueOval City, the Tennessee campus will also boast a 43 GWh battery plant as well as Ford’s EV assembly factory and supplier facilities on a 3,600-acre site.

Once both EV battery manufacturing campuses are in full operation, the South Korean battery maker will have a combined capacity of 150 GWh per year alone in the US with SK On’s two other EV battery plants in Georgia. That would be enough to power about 2.25 million EVs.

SK On and Ford said they will look to create some 11,000 jobs through the construction of the two mega campuses in Kentucky and Tennessee.

“As both the largest economic development project in our state’s history and part of the biggest investment ever by Ford, this project cements Kentucky’s status as the electric vehicle battery production capital of the United States,” said Kentucky Gov. Andy Beshear.

SK On President Jee Dong-seob voiced confidence in the battery maker’s preemptive approach to establish a battery manufacturing portfolio in the US in response to the Biden administration’s Inflation Reduction Act, an “America-first” legislative order that gives government subsidies exclusively to EVs made in the US and mandating that necessary materials for EV batteries be imported from countries that have free trade agreements with the US.

“In fact, the restriction itself is uncomfortable. But if companies can respond to restrictions in advance, it can be a factor that would give them a competitive edge in an advantageous environment,” Jee said in an earlier meeting with reporters in New York on Friday, prior to Monday’s groundbreaking ceremony.

Regarding batteries made in the US, the SK On chief pointed out that the company had prepared supply chains for raw materials centered on countries that have signed FTAs with the US.

He added that the IRA will have more positive impacts on the battery industry in the long term, saying that SK On and LG Energy Solution, another South Korean battery maker, are playing ahead in the game.

"Once (the BlueOval SK plants) are completed, we will be a top three battery company in the world in 2025,” Jee said.

SK On said the company’s global market share was 6.2 percent this year as the fifth-largest battery maker in the world. As one of the fastest-growing battery makers worldwide, SK On’s battery market share in North America leaped 646 percent on-year in the January to October period, according to market tracker SNE Research. 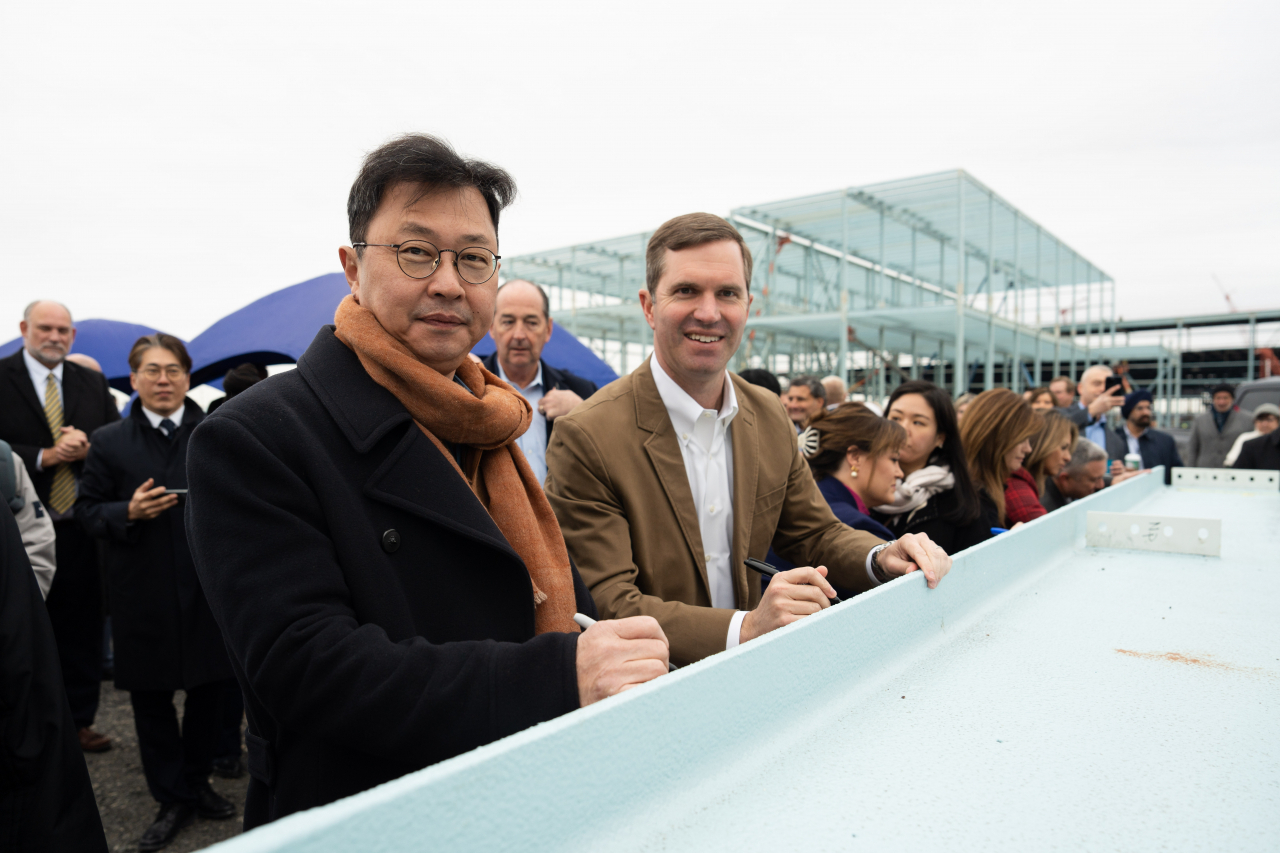