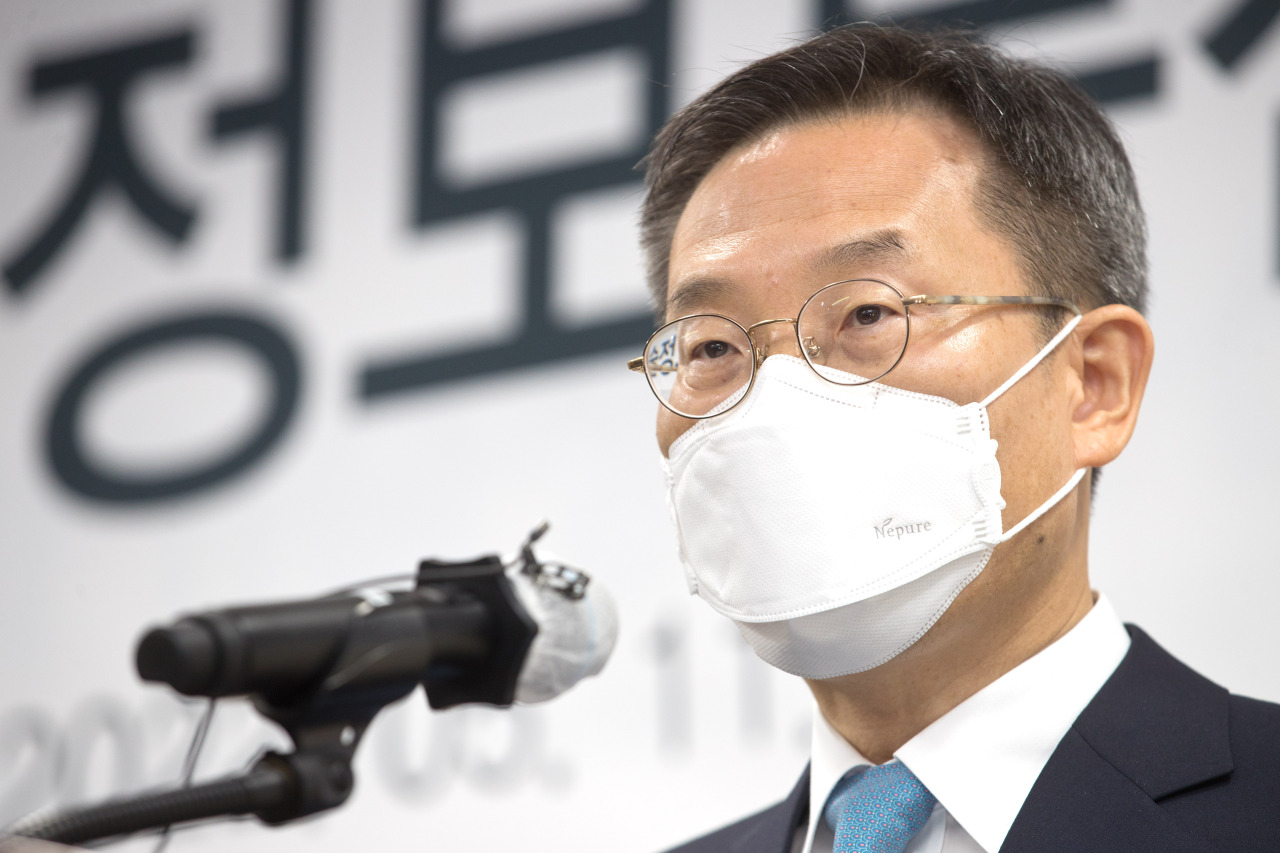 Lee Jong-ho, the new science and ICT minister, stressed the importance of securing core technologies of semiconductors, artificial intelligence, space and bio in his inaugural speech on Wednesday.

“In an era where technology is sovereignty, the public and private sectors must consolidate their capabilities to strengthen strategic investment and all-around support and fortify the more practical innovation ecosystem of industry, academia, and research. We need to pursue our own super-gap and leverage technologies,” he said.

The science minister underlined that basic research needs to be given the maximum level of freedom and creativity so that researchers can carry out studies in a stable manner.

Lee underscored that Korea’s space era must open up, mentioning homegrown rocket Nuri’s second launch scheduled for next month and the launch of the country’s moon orbiter slated for August.

Laying out the goal of becoming a global top five powerhouse in science technology as well as digital economy, the science minister vowed to expand the private sector’s participation in public policymaking.

As the country’s digital competitiveness is already at the global level, Lee added that now is the time to achieve results in promising technologies such as AI, software and the metaverse to lead the global market through public and private cooperation.

The science minister also called for the need to continuously upgrade 5G and 6G networks that serve as the basic infrastructure of a digital economy.

“Great talent is the key in all areas of science and technology. In a situation where the population is gradually decreasing, there will be a limit to fostering many talents. We have to overcome this limitation by nurturing quality human resources. Focusing on young researchers, we need to cultivate talented people of all ages,” said Lee.