Number of female business leaders in Korea rises to 2.2 million 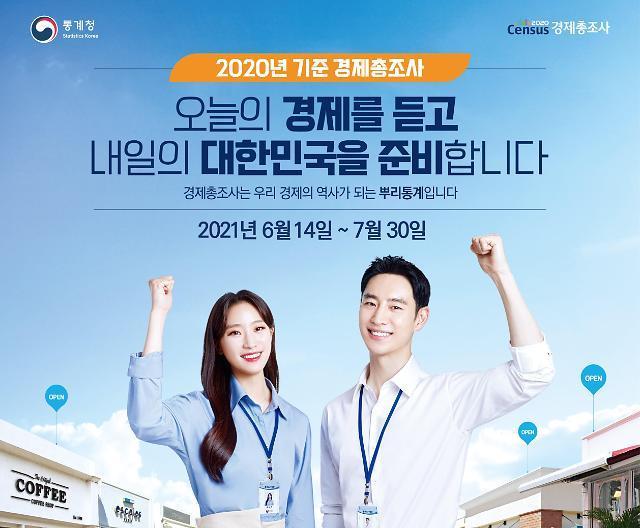 A pamphlet for survey on businesses nationwide (Statistics Korea)

SEJONG -- The number of women representing small and large businesses in Korea increased by 366,000 over the past five years, data showed Dec. 28. In particular, they outnumbered male presidents in private educational services and lodging and food services.

According to Statistics Korea, the number of businesses in the nation came to 6.01 million at the end of 2020. About 2.2 million, or 36.7 percent, of them had female presidents, involving chief executives in the case of conglomerates.

The portion of women inched up from 36.1 percent posted five years earlier in 2015. Though it was a slight increase, there are predictions that 2 in 5 will be women among all businesses in the coming years.

Compared to five years earlier in 2015, the tally for female presidents increased by 366,000, the state-funded agency said.

A noteworthy portion of women in terms of business heads was seen in the sector of private educational institutes, known locally as hagwon, 59.8 percent of which were led by women, up 5.3 percentage points from 2015.

Their portion was 58.4 percent among lodging and food services businesses in 2020 and 47.3 percent among other forms of services and associations. Female presidents accounted for 41.7 percent in the wholesale-retail sector.

Of the services industry, it is estimated that a high portion of women could also be posted among real estate agencies and bakeries, while Statistics Korea has not publicized their details.

Gender comparison data on the sectors like information technology and manufacturing also has not been made public.

In terms of employees at businesses, more than 2 in 5 employees were women -- 10.4 million of the total 24.8 million as of last year.

The portion of female employees climbed almost 1 percentage point over the corresponding five-year period to 42.1 percent, with the arithmetical number rising to 1.02 million.

Their portion was quite high in the health and social welfare sector at 81.2 percent, in private educational services at 65 percent and lodging and food services at 61.3 percent.

Gyeonggi Province topped the list as it posted an increase of 312,000 businesses, followed by Seoul with 127,000 and Incheon with 51,000. Following were South Gyeongsang Province with 47,000 and South Chungcheong Province with 46,000.

About 49.2 percent of businesses were headquartered in the Greater Seoul area -- Seoul, Gyeonggi Province and Incheon -- last year, compared to 48.4 percent in 2015.

Likewise, 52.3 percent, 12.97 million, of the total employees were working in the Seoul area, where their portion increased by 0.6 percentage point in five years.