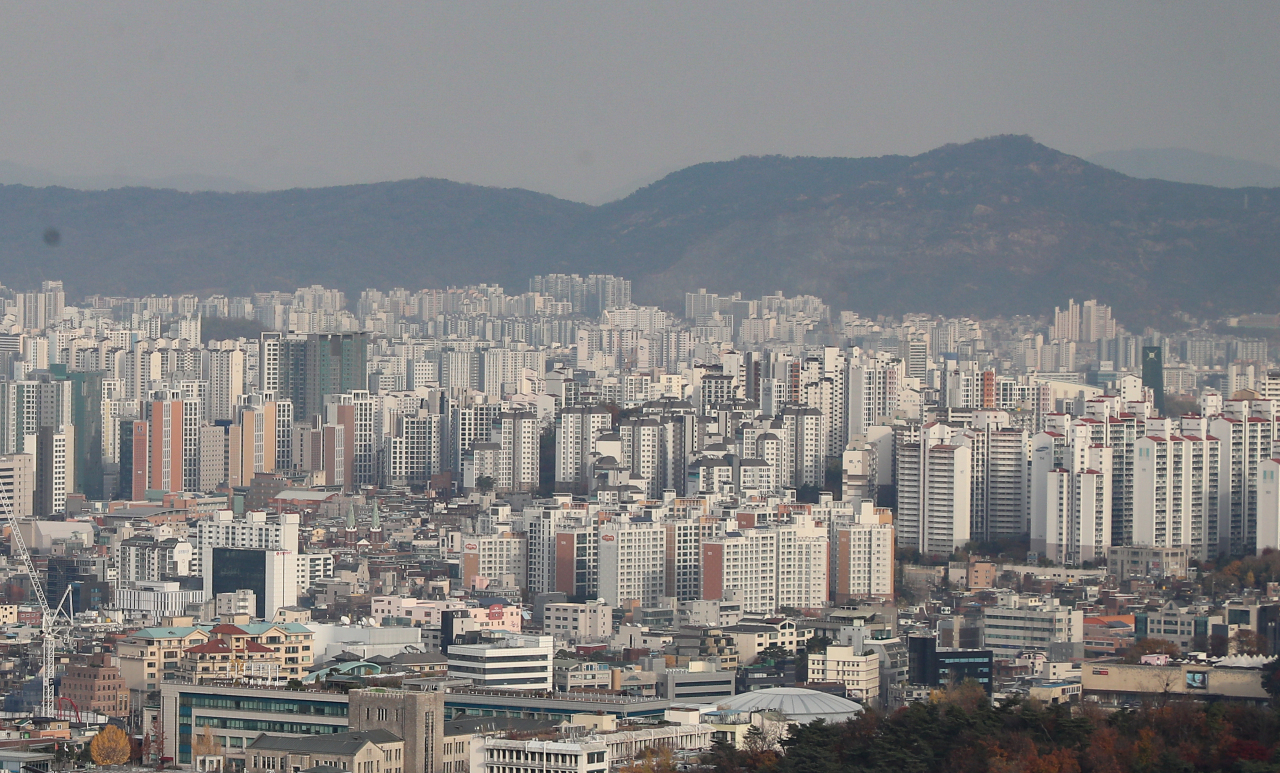 Comprehensive real estate taxes have been levied on nearly half a million homeowners in Seoul this year, up more than 20 percent from last year, as housing prices and tax rates have surged.

The sharp increase in the property holding tax could affect the market as some homeowners may choose to sell their homes to reduce the tax burden, thereby bringing down the prices.

The number of people who received comprehensive real estate tax bills and the amount of taxes levied have increased nationwide, according to data released by the National Tax Service on Nov. 23.

Some 480,000 taxpayers in Seoul and around 238,000 in Gyeonggi Province were hit with the annual property holding tax, which applies to homeowners with a single property valued at 1.1 billion won or more or owners of multiple homes valued at 600 million won or more each.

Homeowners in Gyeonggi Province faced some 1.2 trillion won in comprehensive real estate taxes -- 4.5 times the amount they had to pay last year.

Among the 17 major cities and provinces, Sejong saw the sharpest rise in the number of homeowners who received comprehensive real estate tax bills -- from about 4,000 last year to around 11,000 this year.

Across the country, about 947,000 taxpayers, including corporations, had to pay some 5.7 trillion won in comprehensive real estate taxes.

The Ministry of Economy and Finance rebutted objections.

“Most of the comprehensive real estate taxes are levied on owners of multiple homes and corporations. Such policy effect had been expected as the taxes have been raised to stabilize the housing market,” the ministry’s chief of taxation, Kim Tae-joo, said in a KBS radio interview on Nov. 23.

“The taxes don’t affect the general public, so it’s hard to agree that they are ‘bombs.’”

Kim said it was owners of multiple homes and corporations whose tax bills would see a sharp increase. They will be paying about 5 trillion won in total.

But someone who owns a single home worth 3.4 billion won would have to pay about 2.34 million won, he added.

Taxpayers can also get tax deductions of up to 80 percent combined for senior citizens and long-term ownership.

The National Tax Service collects comprehensive real estate taxes and hands them over to the Ministry of Interior and Safety, which distributes the money to local governments based on their financial conditions and population to be spent for balanced development across regions. Tax payments are due Dec. 15.