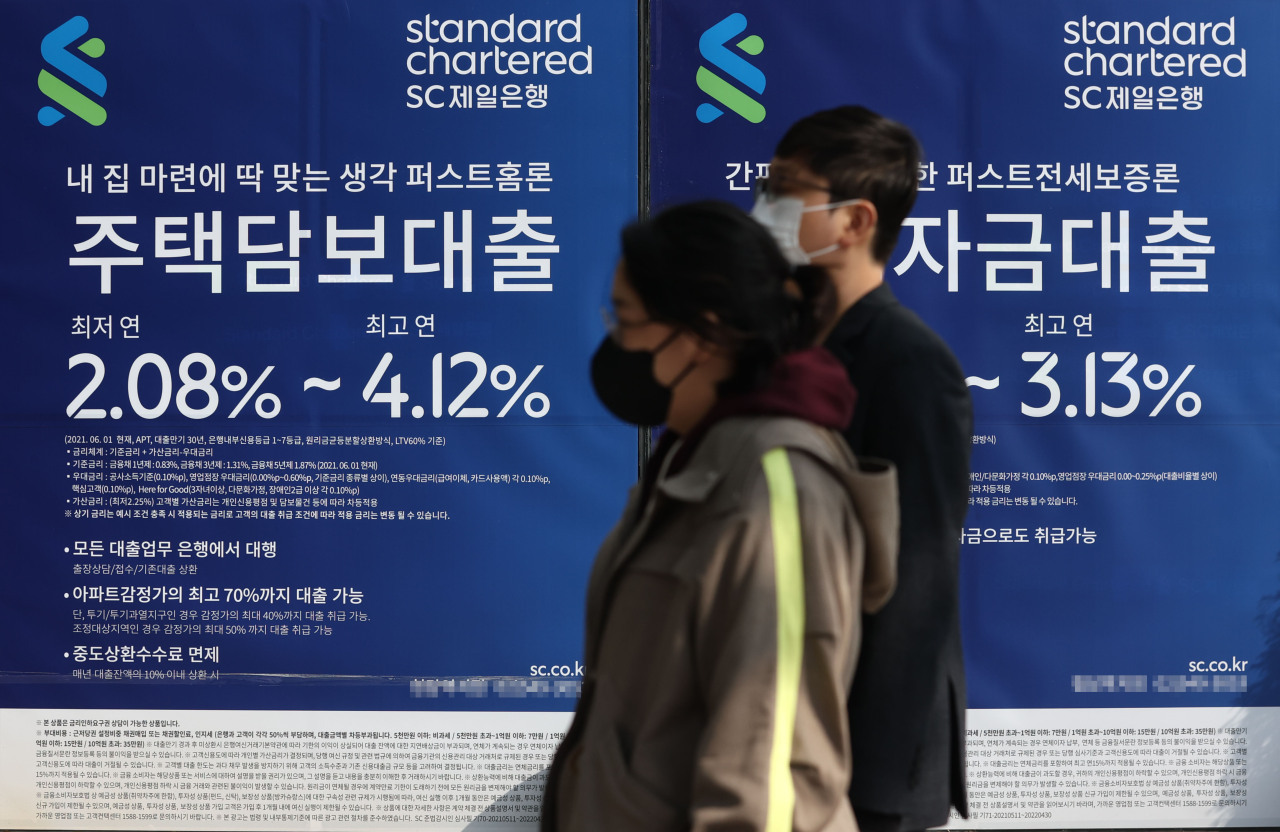 A pedestrian passes by a commercial bank promoting jeonse and mortgage loans. (Yonhap)

The DSR gauges how much borrowers pay for principal and interest in proportion to yearly income.

Since July, a 40 percent DSR has been the rule for borrowers seeking loans to buy properties valued at over 600 million won ($513,000), down from the previous 900 million won. Under the regulation, banks can extend loans only if annual repayments of principal and interest do not exceed 40 percent of the borrowers’ annual disposable income.

The Financial Services Commission initially planned to extend the 40 percent DSR rule in July next year to borrowers with credit loans, including home-backed loans, totaling more than 200 million won.

“With ample liquidity triggered by expansionary fiscal and monetary policies prevailing, growing risks tied to the snowballing household debt have grown sharply. Borrowing within your means and paying your loans back little by little would be the starting point of household debt management,” Financial Services Commission Chairman Koh Seung-beom said in a statement.

“In order to make lending practices based on repayment capability take root in the financial market, (we are to) enhance the actual efficacy of the DSR system,” he added.

In July 2023, the lending cap will apply to anyone with more than 100 million won in unsecured debt.

The FSC will also toughen up lending calculations for second-tier banks, by lowering the current 60 percent DSR rule to 40 percent.

Meanwhile, to protect people who need loans, the FSC will not apply the 40 percent DSR rule to “jeonse” loans. Jeonse is a housing lease system unique to Korea whereby tenants pay a lump-sum deposit instead of monthly rent on a two-year contract.