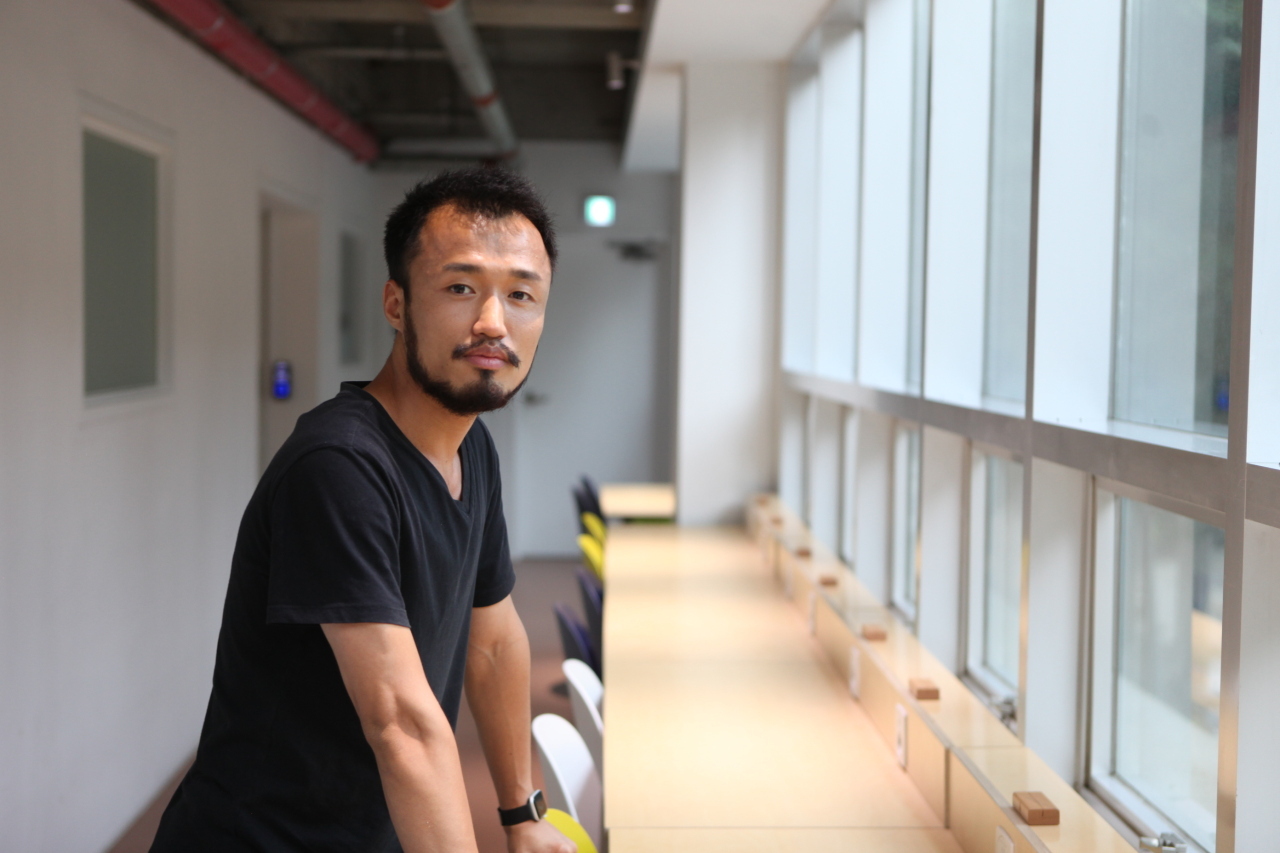 Kang Min, CEO of web development firm Godzebe, poses for a photo after an interview with The Korea Herald at his coworking space in Seoul. (Park Ga-young/ The Korea Herald)

This is the second installment in a series of articles on North Korean defectors in transition, and the challenges and opportunities they encounter in the face of South Korea’s financial market and its rapid digitalization. -- Ed.

For someone who came from an isolated and repressive state like North Korea, starting a business of their own in a free but competitive market is a mere dream.

No matter how great their ideas are, a lack of business network, insufficient funds and immense differences in culture and social values makes it hard for them to even take the first step. But for Kang Min, who spent his childhood living on the streets in North Korea, also known as “kotgebi,” starting a company is a way of doing what he loves -- web developing. And most importantly, making as much money as he can -- something he has dreamed of since crossing the heavily fortified border.

The 34-year-old is the founder and CEO of Godzebe, a web developing startup based in Seoul. Kang’s decision to call his firm Godzebe, a word that sounds like kotjebi, was to remind himself of his past. Kotjebi is a term used for North Korea’s homeless children constantly searching for food and shelter.

Kang, who has not received any formal education, is a self-taught web developer who has won a number of local projects. Though still far from getting the market attention, Kang chose to dive headfirst into the industry, unwilling to just settle on making a stable income from labor-intensive jobs that people like him, without proper education and family support, often end up with.

“I was extremely fascinated by the people in subways all looking at their mobile devices and applications they were using,” Kang said, reminiscing when he had first arrived in Seoul in 2010.

That sense of fascination led him to start his own business in 2016 after a series of failures -- from importing aronia berries to opening a North Korean-style fast-food restaurant.

“I thought it was a transition period for companies to convert websites and make them mobile friendly.” Based on a responsive web template solution he purchased, he started his own business to offer custom websites.

“I didn’t have any certificate of qualification to prove my skills, so I had to build websites for free during the early stage to create a portfolio,” he said.

As his skills improved, he was able to sign contracts with government offices and universities. Existing clients helped him attract new potential customers.

“To my clients, where I am from didn’t matter much. You just have to make a genuine effort. Create a website exceeding customers’ expectations. Keep promises. Be on time,” Kang said.

He wants to take his skills to the next level by developing a social networking service platform that could rival Instagram and Facebook, he said.

His desire for running a business stems from his own experience of having lived on the streets for years from a young age after he lost his parents.

When North Korea was ravaged by famine in the 1990s, killing millions of people, more than 20 percent of children had to drop out of school and start earning a living along with their parents, or even without them.

“I became an orphan when I was young. I was on the streets at 10. I stole and pickpocketed things until I was 15. One day, I found myself desiring to stand tall,” he said.

Kang believes that his understanding of human behavior and street smarts he has gained over the years help increase the flexibility and extensibility of the platforms that he develops.

“My competitive edge is empirical knowledge accumulated while I was constantly observing people at markets. No matter how good the technology is, if a website is difficult to use, it’s useless. You’ve got to understand what they want, how they behave,” he said.

Despite challenges, Kang is one of a small but growing number of North Korean defectors in South Korea trying their hand at starting their own businesses amid the country’s yearslong startup boom.

It is unknown how many North Korean defectors are actually running startups. But the growing number of startup accelerator programs indicates an uptick in this trend.

Launched in 2019, Asan Sanghoe, a startup accelerating program run by the Asan Nanum Foundation, an affiliate of conglomerate Hyundai Group, has completed three batches. For the third batch, a group of 28 North Korean defectors including Kang, as well as other foreigners and South Koreans, worked together in teams to develop their business ideas.

“Most business ideas are about food and beverage services. But from the first batch to third batch, an increasing number of people came to us with more diverse ideas -- business items stemming from their experiences,” said Park Song-jong, manager of the ecosystem team at Asan Nanum Foundation’s Startup Center.

Besides his future business plan, Kang hopes to support North Korean children who still have to live with the stigma for survival.

“There are still many kotjebi teenagers who are begging for food on the streets of Yanji Market in the Korean minority region of China’s Yanbian. If they get caught there, they will be repatriated back to North Korea and then sent to detention camps,” he said.

”I want to make enough money to bring the children to South Korea, which costs about 7 million won ($6,037) per person, and provide them with education and places to live -- a second chance I have had.”

Kang Min, CEO of web development firm Godzebe, poses for a photo after an interview with The Korea Herald at his coworking space in Seoul. (Park Ga-young/ The Korea Herald)