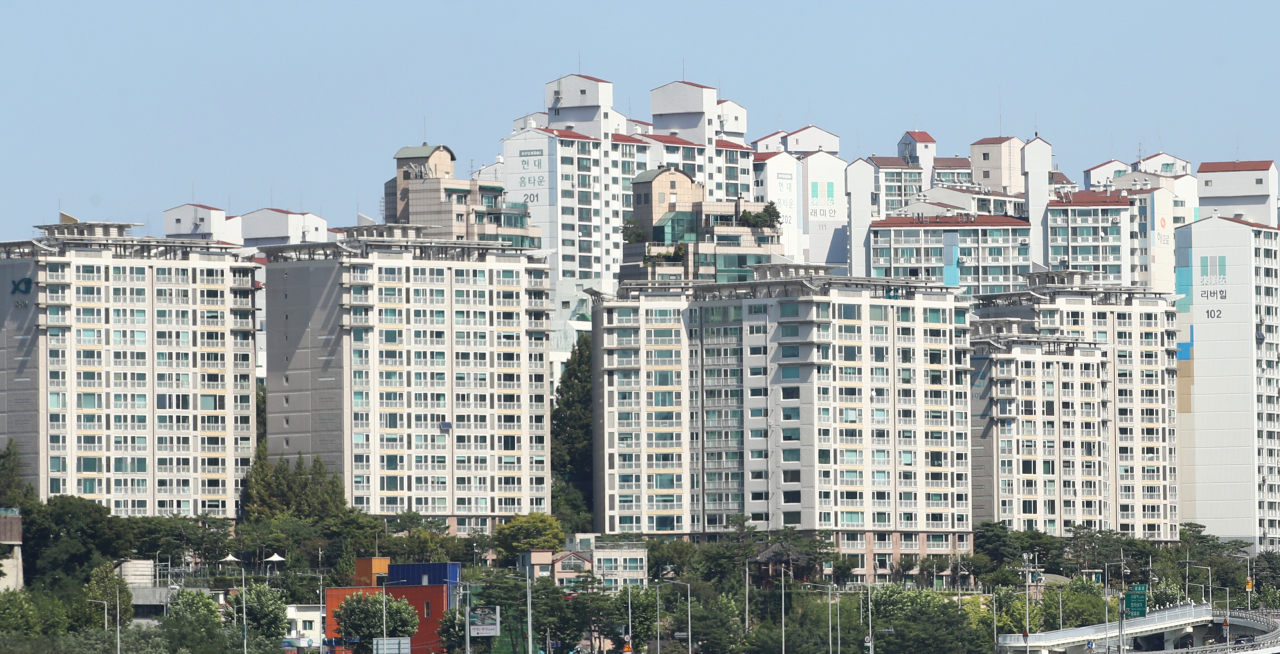 Rich people living outside the Seoul area are purchasing apartments in the capital city to secure real estate as a means for stable investment, data showed on September 14.

According to the Korea Real Estate Board, the number of apartments bought by people residing outside of Seoul accounted for 25.3 percent of the total 131,996 apartments purchased in the city as of July.

“Previously, rich people living outside of Seoul mostly bought apartments in the posh Gangnam district. But now, they are investing in the undervalued neighborhoods in Gangbuk -- northern Seoul -- as well,” said Yoon Ji-hae, a senior researcher at Real Estate 114.

Yoon said non-Seoul residents seem to believe that Seoul apartments are stable investment options and their prices would not drastically fall in the event of a bubble burst in the real estate market.

Experts warn the wealth disparity between owners of Seoul apartments and non-Seoul housing will continue to widen in the following years as well.

“The average price of Seoul apartments are already three to four times more expensive than those outside of Seoul, and it will be hard to narrow the gap,” Yoon said.