During the unveiling of the service which is expected to be launched later this month, Toss Securities said it plans to offer a simple and intuitive mobile trading system to grab investors who are having trouble using existing trading systems and young investors in their 20s and 30s. 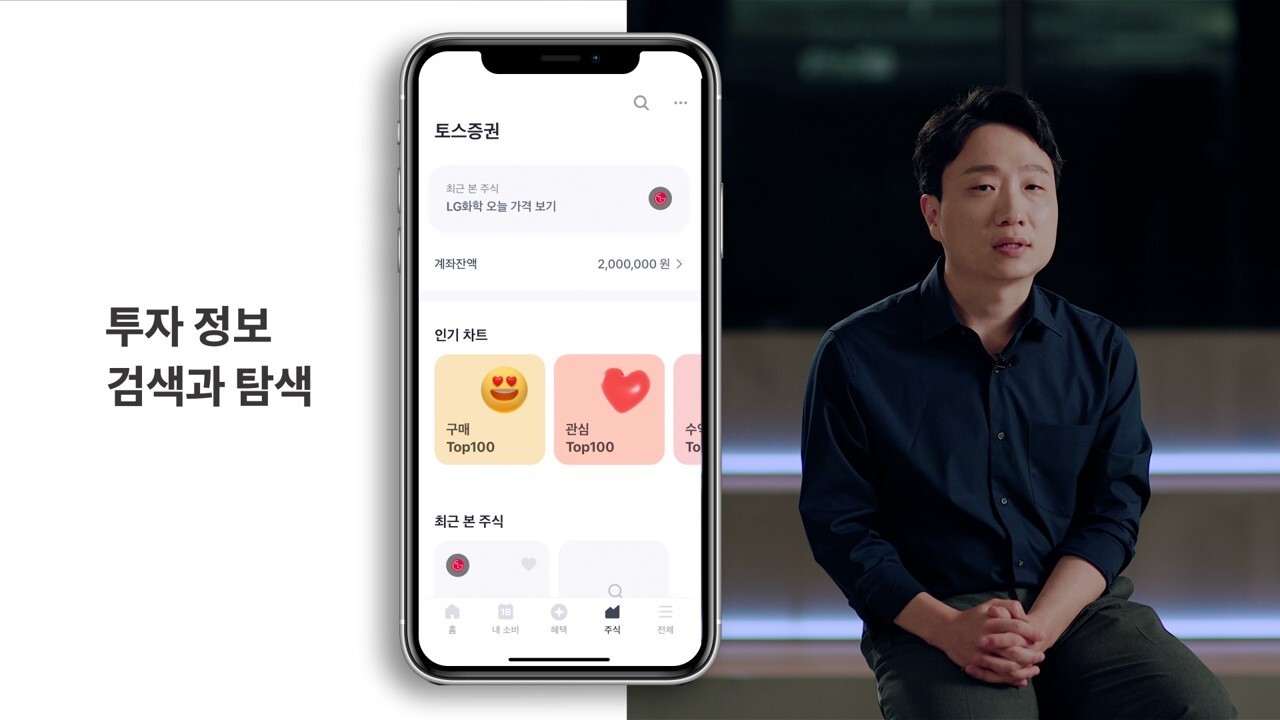 “More than 10 million Toss app users are in their 20s and 30s but only 1.5 million people in that age group are investing in the country’s stock markets,” Park Jae-min, the CEO of the firm, said on Wednesday, citing the Korea Securities Depository’s data as of the end of 2020. “We see a big potential in that age group and those who are frustrated with complicated systems.”

“Most of the existing systems, which have shown little change since the first MTS was introduced in 2010, are difficult for new investors,” Park said.

Park added that the company has been putting a lot of efforts to develop an intuitive and easy app for new investors to differentiate it from other competitors in the brokerage industry which had long been absent of new players. Toss Securities was the first company to acquire a brokerage license in the country since 2008.

Toss Securities’ goal of 1 million active monthly users within the year, if achieved, will instantly put the digital native firm ahead of some 50 securities firms in the country and potentially pose a threat to market leaders such as Kiwoom Securities, which has the biggest monthly active users of about 3 million, and Samsung Securities and Mirae Asset Daewoo, with more than 2 million MAU each.

Toss Securities was founded in November 2020 and has 47 billion won ($42.1 million) in equity capital. It currently has 90 employees but plans to double its workforce by the end of the year.