Startups to compete with promising business ideas at Come Up 2020

The Ministry of SMEs and Startups is set to hold the nation’s largest startup competition, Challenge! K-Startup to select and reward startups with promising business ideas, during the Come Up 2020 period, officials said on Npv. 12.

The startup competition is held as a special event of Come Up 2020, which is one of Korea’s biggest startup conferences and is scheduled to take place online and offline at Dongdaemun Design Plaza from Nov. 19 to 21. 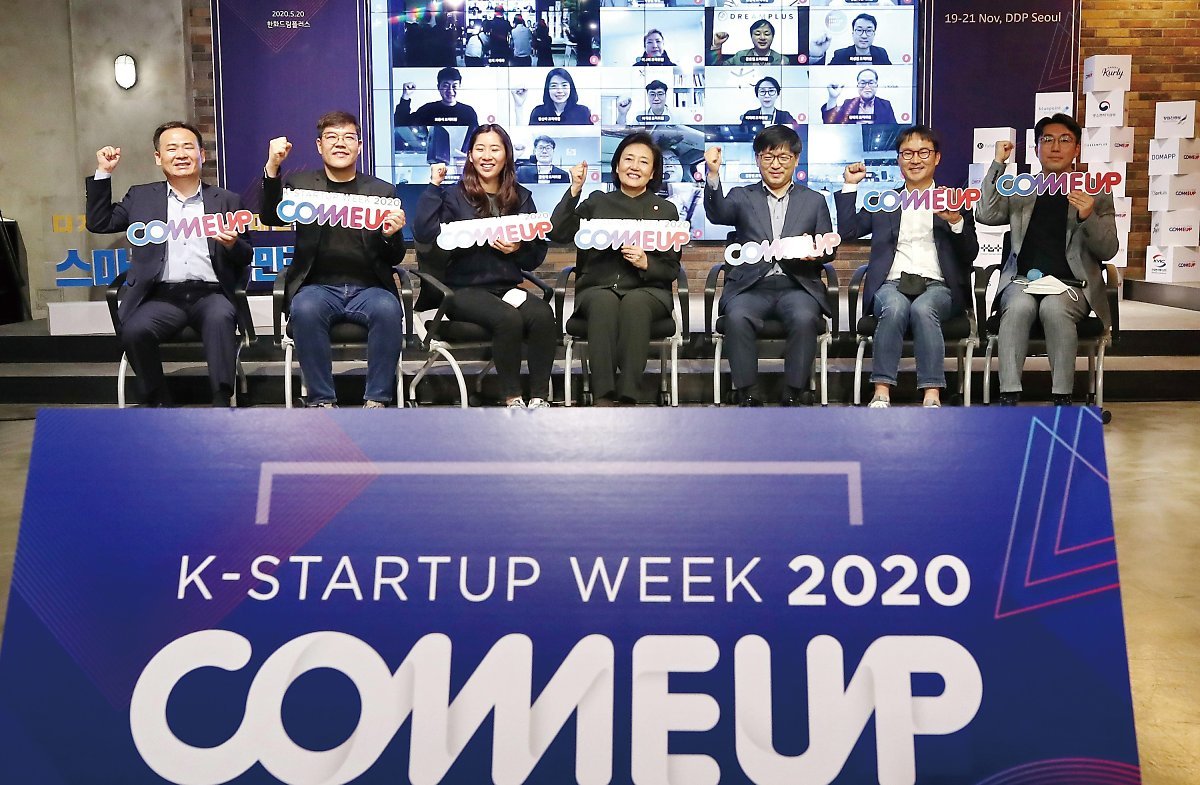 Comeup 2020 organizers pose after a press briefing on May 20. (Yonhap)

Final startup founders will be selected and rewarded through a preliminary round with each ministry and three additional rounds of matches.

From 2020, the number of participating ministries for the competition has expanded from four to seven, and local governments and the private sector will also participate.

The total prize money is 1.58 billion won ($1.41 million). The ministries include those for small and medium-sized enterprises, education, science, defense, gender equality and intellectual property. The participating companies include Asan Nanum Foundation, Naver D2 and D.Camp.

Last year’s winner was startup founder Jeon Seong-guk, who created a Korean pronunciation correction service called Diction based on his experience. Jeon, who has hearing difficulties, developed a voice recognition technology service that allows users -- hearing-impaired or foreigners -- to visually correct their pronunciation. The number of service users increased from 100 in 2019 to 300 as of February 2020.

Come Up 2020 will be joined by 114 prominent people leading the ecosystem of startups at home and abroad as speakers and debaters.