Coupang is inching its way into the computer parts industry by offering lower prices and replacing distributors and retailers.

Previously, importers such as Intech & Company, lacking their own retail chains, relied on distributors and retailers mostly based in Yongsan, central Seoul. With control over the distribution, these vendors were often accused of overcharging. 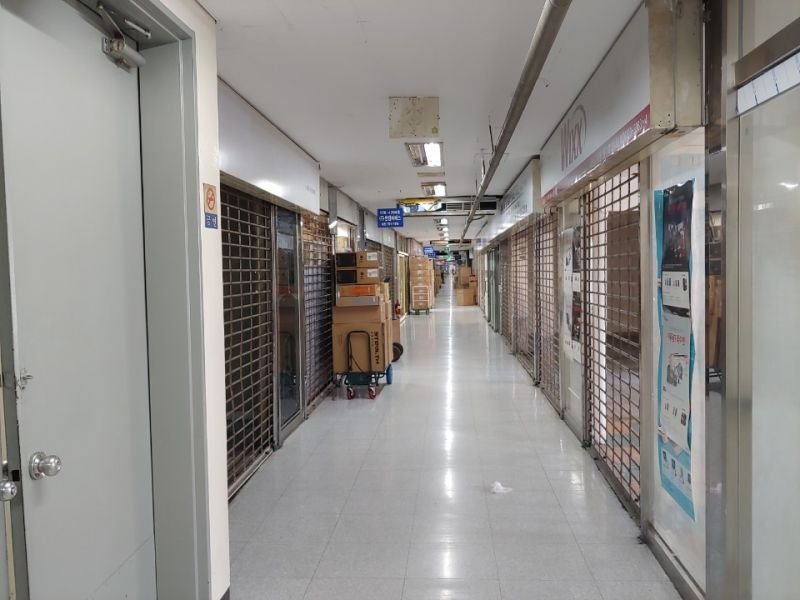 Most retailers in Yongsan, central Seoul, are closed after Coupang started to offer GeForce RTX 3080 graphics cards at much lower prices. (Captured from online community)

Yongsan has a reputation for driving up prices. Last year on July 10, when the trade feud between Korea and Japan was at its peak, Samsung Electronics’ 8-gigabyte RAM went for 43,460 won at Yongsan at 11:30 a.m., only for the price to increase to 52,500 won by 6:30 p.m., a 20 percent surge within seven hours, according to data from price comparison site Danawa.

“Japan’s trade restrictions on exports to Korea have almost no effect on the supply of RAM. It seems some retailers are raising the price with the excuse of the trade feud,” a semiconductor official was quoted as saying at the time. 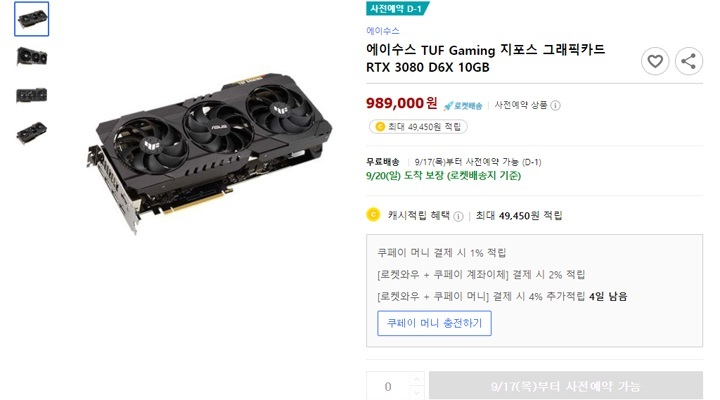 A GeForce RTX 3080 graphics card imported by Intech & Company is listed at 989,000 on Coupang. (Captured from Coupang)

Intech & Company, for the time being, said it will provide customer service for the graphics cards imported from Asus and will advise Yongsan retailers to lower their prices if they sell the Asus graphics cards for more than 989,000 won, according to a notice on its customer website.

“We wanted to supply the graphics cards swiftly and promote customers’ benefits,” an Intech & Company official told The Korea Herald.

Coupang, while declining to discuss the extent of its deal with Intech & Company, told The Korea Herald, “Coupang takes responsibility for all items registered to its Rocket Delivery service.”