In its heyday, South Korea’s top actor Hyun Bin was the face of TLX Pass, a revolutionary fitness platform that made waves throughout the industry.

TLX offered passes that could be used at multiple sports centers, bypassing the need to sign up for lengthy memberships. The idea was to free users from being bound to one particular gym, allowing them to choose from various sports activities regardless of location. With 4,000 gyms and studios in its network and 510,000 users, TLX’s revenue reached 11.3 billion won ($9.54 million) in 2017. In 2018, the company was heading towards a record-high revenue and was expanding its partnership with various companies including Nike, Visa and GS25. 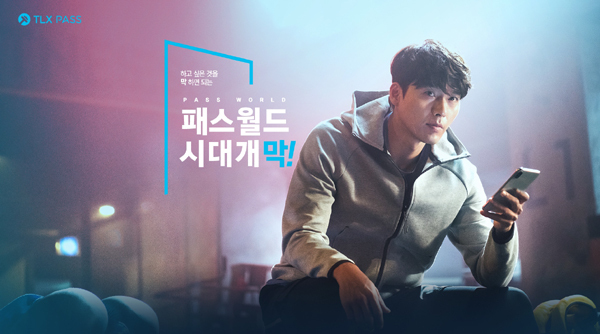 A strategic move to scale up and pass the break-even point at the time involved a massive TV advertisement campaign. The ad, which cost 3 billion won to produce, was supposed to take the platform to a wider audience and be a catalyst for the company’s next wave of growth.

That strategic move, however, turned out to be the beginning of the end for the company which on May 13 filed for a corporate rehabilitation procedure.

“The company was growing by 20 percent in sales each year and in late 2018 carried out a massive marketing campaign including TV commercials to attract new users,” the company’s founders said in a regulatory filing.

“Due to the cash crunch brought on by the heavy spending on TV advertisements, we were forced to reallocate funds initially intended for the user fees of our gym network to finance the exorbitant advertisement and operating costs.”

According to the filing, another factor in the discrepancy in profits and losses were initial membership discounts that required further margin cuts. “The company makes money from the price difference between the cost of TLX passes users pay for and the fees we pay our networks. To attract more users, we sold passes at a discount.”

The company lowered the price of TLX passes for customers while maintaining the fees it paid to sports centers.

The company also failed to procure fresh investments. In 2015, the company began the service and from 2016 to 2018, it raised a total of 7.5 billion won including 5 billion from LB Investment and One & Partners.

“As a sort of IT startup, the company needed more funding until it reached a breakeven point and expected to reach that point after the aggressive advertisement push, but to no avail,” they said.

“After new funding rounds were continuously delayed and failed in 2019, we reached to this point,” the founders confessed, adding that they are doing their best to minimize loss for debtors and to pay back creditors as soon as possible.

Even though the Seoul Bankruptcy Court’s research found that the company is not economically viable and liquidation value is bigger than the company’s reorganization, the company is seeking to revive the company via a merger and acquisition by its competitor, Everyplay, a startup that offers a similar sports platform called Everyfit. Everyplay is backed by NetMarble, South Korea’s leading mobile game company, which has a 72.7 percent share in the platform. Everyplay is currently negotiating with TLX’s member sport centers to pursuade them to agree on TLX’s rehabilitation.

“Everyplay is mulling the M&A of TLX Pass to mitigate the loss of users and partners in the sports and beauty industires and to maintain trust in partner facilities,” Kim Jong-in, the CEO of Everyplay, said.