Utilizing data scraping technology to gather customers’ credit information online, the bank can easily calculate loan limits and interest rates for customers, officials said. It has also reduced the number of documents needed when taking mortgage loans -- the bank only requires image files of a document for proof of income, a certificate of property registration, and a property registration number, they added. 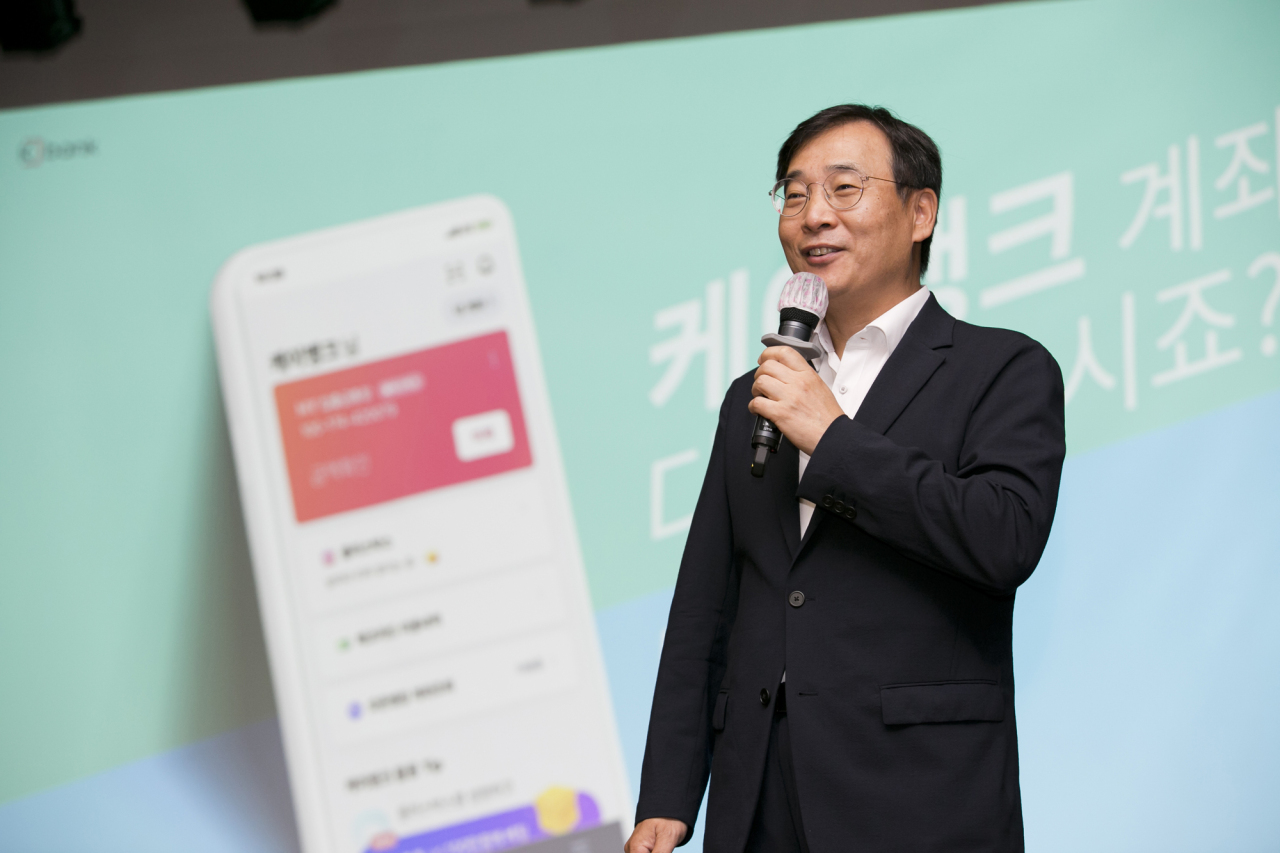 Lee Moon-hwan, CEO of internet-only bank K Bank, speaks about a new mortgage service and the firm’s busniess partnerships at a press conference on Augst 4 in Seoul. (K bank)

The interest rate of the mortgage product is set at the minimum rate of 1.63 percent a year.

If a customer transfers a mortgage contract to K bank, he or she can borrow up to 500 million won while an up to 100 million won life stability loan is offered with apartment ownership as collateral. The service is likely to start within this month, its CEO said.

When taking loans for purchasing a house in Korea, a customer usually needs to visit a community service center or a bank at least once or twice to prepare necessary documents.

From application to approval, it takes only two days at K bank to get mortgage loans compared to weeks at conventional banks, the bank said.

After a months-long operational hiatus due mainly to regulatory hurdles to raise capital, internet-only bank K bank resumed its businesses in earnest in July.

It completed a fund raising scheme worth 400 billion won ($335.3 million), and rolled out new savings account and loan services last month. The savings deposits at the bank increased by 480 billion won from the previous month while the entire loan balances reached 170 billion won just 15 days after the three loan services were launched last month.

The CEO also pinned hope on additional capital increases, saying that the capital of the bank should be around 1.4 -1.5 trillion won for a smooth operation. He expects to see the company turning profit in 2022 at the earliest.

K bank also announced that it will beef up collaboration with its largest stakeholder and card processing firm BC Card as well as telecom giant KT, saying that its access to the network company’s platform differentiates services provided by Kakao Bank, a leader of the three online banks here. KT owns BC Card, which holds 34 percent of the online bank.

K bank, for example, plans to offer rewards for KT’s mobile subscribers who pay for their bills via K bank’s accounts or with debit cards. It will also utilize KT’s 2,500 smartphone sales branches across the nation to promote the bank’s services.

Working with fintech startup Settle Bank, it will launch a virtual bank account service that allows customers to use their personal mobile numbers as bank account numbers.

K bank is the nation’s first online bank, established in 2016.