After months of negotiations and trading barbs, Jeju Air finalized its decision on July 23 to scrap its plans to purchase Eastar Jet -- a decision that may have been inevitable for Jeju amid uncertainties, but was detrimental to some 1,500 budget airline employees who may now lose their jobs.

“Despite the government’s willingness to support and mediation efforts, the level of uncertainty facing Jeju Air was too high to move forward with the acquisition,” the airline said in a statement.

Jeju Air, South Korea’s largest low-cost carrier, which is owned by cosmetics and health care conglomerate Aekyung Group, added that it was regrettable that the M&A deal didn’t come to fruition.

Eastar Jet, in response, accused the LCC of “breaching its stock purchase agreement.”

“We urge Jeju Air to implement the stock purchase agreement, and the responsibility lies with Jeju Air in the event of breach or nonfulfillment of agreement,” Eastar Jet said Thursday in a message to reporters. The troubled airline also said it will take all possible steps to save the company and its 1,500 staff, including over 200 pilots.

With the collapse of the deal, up to 2,000 job losses are feared when including workers of the airline’s partner firms, dealing a further blow to the aviation industry amid the coronavirus pandemic.

As it could take two to three years for the industry to recover, Korea Aerospace University professor Hurr Hee-young said the collapse of the deal is not good news. 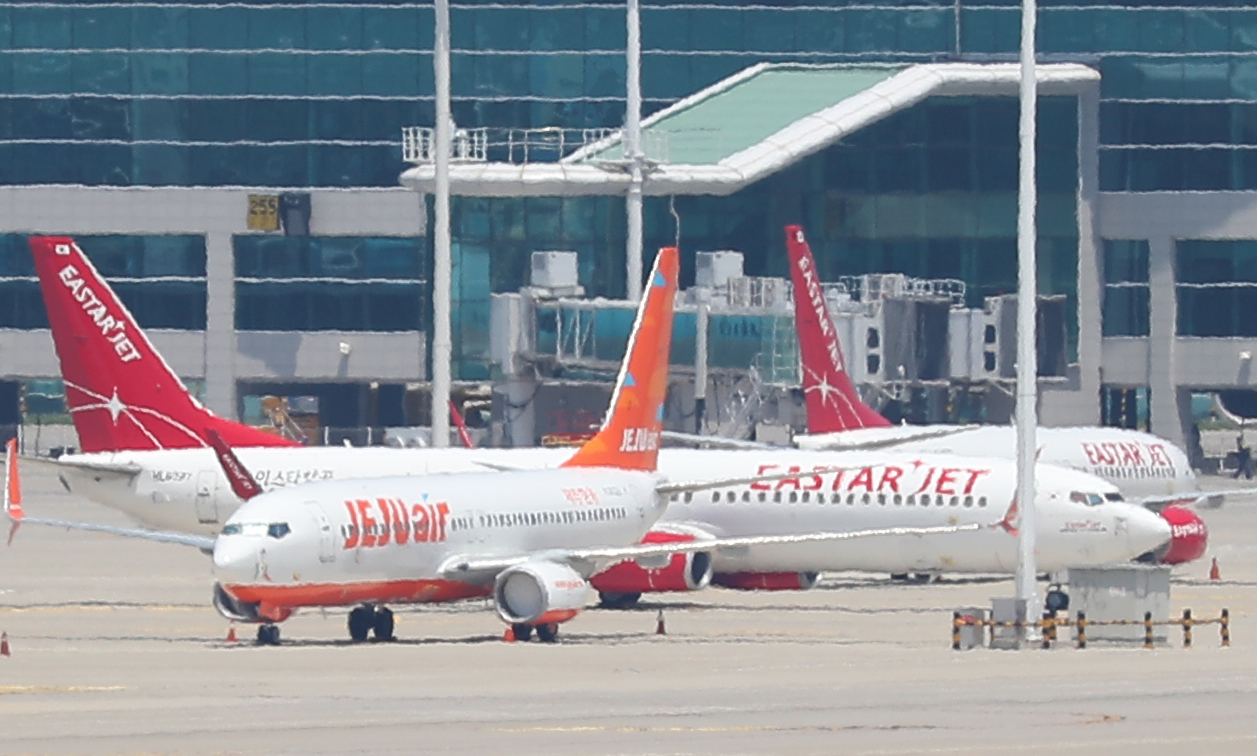 “If (Eastar Jet) defaults on its debt and it leads to bankruptcy and liquidation, it will set a precedent with more airlines to follow,” he said.

“Seeing how unlikely it seems (for Eastar Jet) to recover once it enters court receivership with no alternatives, this seems to be the end of Eastar Jet,” the professor added.

Hurr, however, said Eastar Jet’s poor management had been an issue long before the pandemic.

The latest development marks the culmination of a series of events surrounding the high-profile buyout deal that goes back nearly seven months.

In December, the two airlines signed a memorandum of understanding on a buyout deal.

In March, the two reached a stock purchase agreement for Jeju Air to own 51 percent shares of Eastar Jet for a reduced price of 54.5 billion won, despite a preliminary deal putting the price at 69.5 billion won.

The deal drew significant attention as it could have been the first of its kind between two airlines in Korea, especially at a time when airlines across the world struggle to stay afloat.

But friction between the two airlines grew in recent weeks over their stances on issues such as “corporate restructuring” and unpaid wages. Jeju Air criticized Eastar Jet for “not being diligent” about meeting prerequisites, including clearing its debts.