According to a report from local market research firm Nielsen KoreanClick, Koreans spent 34 percent of their time playing games on PCs in the March-April period, an 11 percentage-point increase on-year, topping other activities. 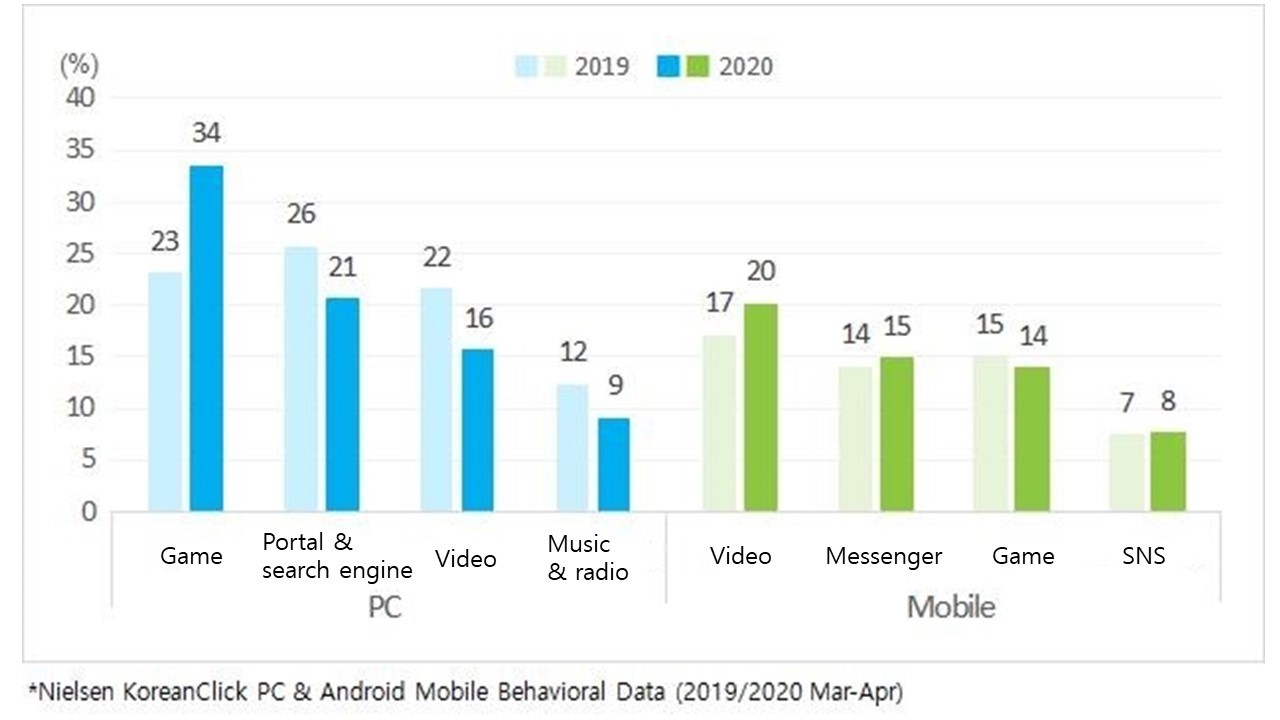 Meanwhile, Koreans spent less time on internet portals and search engines, with the ratio dropping from 26 percent to 21 percent in the same period. They also watched less videos on PCs -- down to 16 percent from 22 percent.

“As school reopenings have been delayed, students are playing games at home more than ever. In the weekdays, the usage time surged between 10 a.m. and 6 p.m., as PC games became more accessible after social distancing moves led to a decline in outdoor activities,” a Nielsen KoreanClick official said.

As for mobile devices, Koreans spent most time watching videos, which took up 20 percent, up 3 percentage points on-year. It was followed by videos and games with the ratio of 15 percent and 14 percent, respectively.

As social distancing has created more flexible working conditions, video watching period showed a shift from weekends to weekdays and from late night to working hours. Social distancing has allowed people to watch videos more freely in dispersed time frames from the concentration during commute and late at night, the official said.