Oracle Korea on May 7 announced its second cloud infrastructure will launch by the end of May out of Chuncheon, Gangwon Province.

With access to two cloud infrastructures here, the company will be able to better handle the demanding workload of customers. The company said its dual-region strategy would enhance disaster recovery capabilities.

It considers Korea to be a market with great potential, explained Oracle Korea CEO Tom Song during a press conference on May 7 at its headquarters in Seoul’s Gangnam. 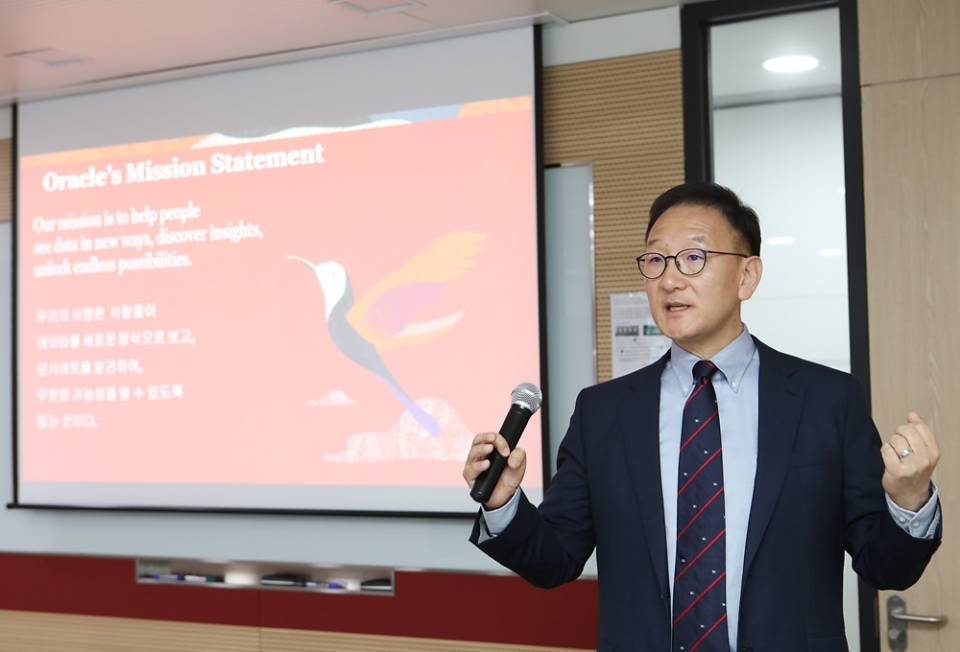 “I think the Korean market can grow rapidly with a certain momentum,” Song said. The growth rate could be higher than that mentioned in the market research conducted by the National IT Industry Promotion Agency.”

According to the 2019 research conducted by NIPA, the cloud market in Korea is expected to mark a compound annual growth rate of 14.8 percent from 2018-2021, with the market size reaching 1.44 trillion won ($1.18 billion)

The latest installation of Oracle’s cloud infrastructure is part of the company‘s ongoing global expansion plans, through which the company pledged to globally operate 36 cloud facilities by the end of this year.