South Korea‘s top internet portal operator Naver Corp. said on April 23 its net profit jumped 54 percent in the first quarter from a year earlier largely on the back of increased online shopping transactions on its platform amid the new coronavirus pandemic.

Net profit reached 134.9 billion won (US$109.5 million) in the January-March period, compared with a net profit of 88 billion won a year earlier, the company said in a press release.

Operating income reached 221.5 billion won during the cited period, marking an increase of 7.4 percent from the year before. Sales totaled 1.73 trillion won, representing a 14.6 percent increase from a year earlier, Naver said.

Revenue from its business platform increased 12 percent on-year to 749.7 billion won in the first quarter on the back of increased online shopping as more people refrained from going outside amid the COVID-19 pandemic.

“Naver will strive to create a new growth engine by seeking new opportunities in the era of the untact market,” CEO Han Seong-sook said during a conference call, using a term for markets that don‘t require direct personal contact. “We believe the COVID-19 outbreak will impact our business more greatly during the second quarter.” 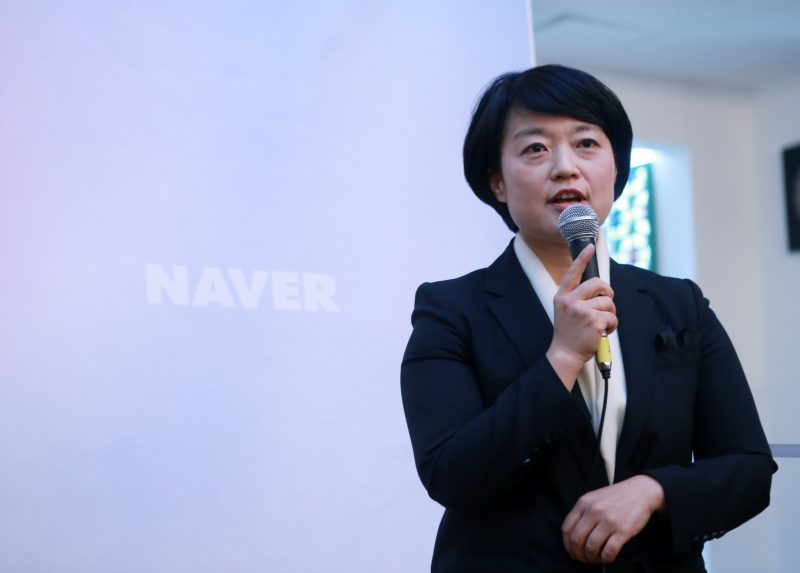 In an effort to strengthen its online shopping sector, Naver said it has joined hands with major brands, such as cosmetics and household goods maker LG Household & Health Care Ltd., to provide an enhanced shopping experience.

“We plan to provide various kinds of shipping systems depending on our partner’s business size and their products,” said Han. LG Household‘s products can be shipped within 24 hours of purchase.

Naver said revenue from its platform business, including the messenger Line, surged 17.4 percent on-year to 565 billion won during the same period.

Revenue from its advertisement business was up 1.2 percent on-year to 144 billion won in the first quarter. The number, however, was down 16.2 percent from a quarter earlier due to the COVID-19 outbreak as more companies downsized their ad expenses.

Sales from its IT platform business, which covers Naver Pay and cloud computing services, also jumped 49.4 percent on-year to 148.2 billion won as more people worked at home during the pandemic.

Content sales advanced 58 percent on-year during the cited period to 55.4 billion won due to the increased revenues from its webtoons and an increase in global users, it said. (Yonhap)