December was one of the most memorable months in Ryu Sung-won’s career. The patent attorney with 16 years of experience had concluded a 15-month legal journey, winning back 53 brands whose trademarks were stolen in China.

In 2018, on behalf of the 53 Korean companies, Ryu, managing partner of Jeeshim IP Law Office, had filed lawsuits against six “professional” intellectual property squatters that had preemptively registered Korean brands in China as if they were theirs. 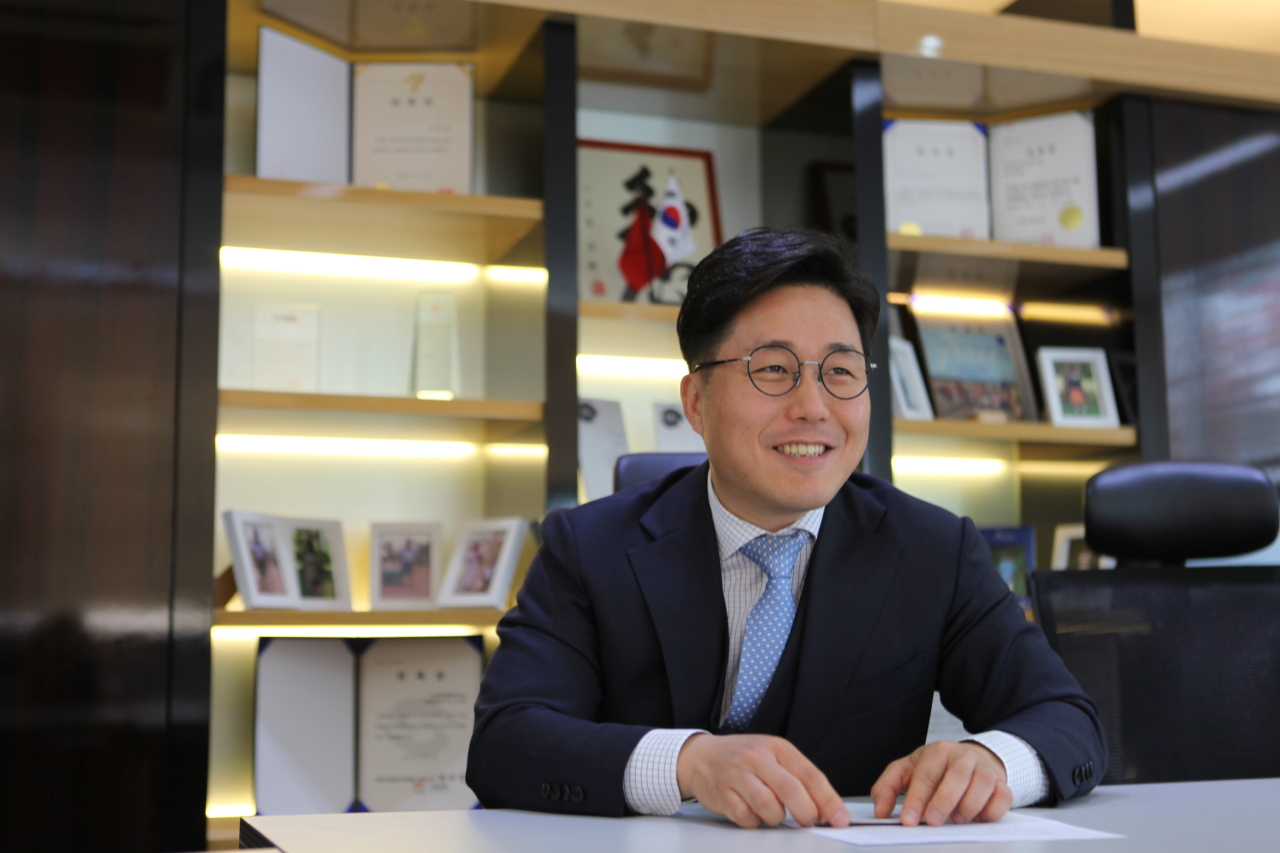 Focusing on IP brokers was a significant part of Ryu’s winning strategy.
“These brokers have long been engaged in ‘ransom business,’ sitting on several hundred foreign brands,” Ryu told The Korea Herald in an interview earlier this month.

Korean companies became a popular target by IP agencies in the early 2010s, when Korean TV shows including hugely successful drama “My Love from the Star” in 2013 began to enjoy increasing popularity.

The Chinese trademark law is based on a first-to-file trade system, meaning that whoever files first secures the rights for a brand name or logo regardless of actual use or intent to use. After registering foreign trademarks, the brokers typically wait until foreign companies enter the Chinese market, then demand a ransom.

Some companies Ryu is representing were even unaware that their brands were taken by others in China until they attempted to enter the market. Many companies in the past ion ended up buying back their own brands in China from the brokers, but Ryu said taking back their brand names and logos is getting easier.

“The reason we gather as many companies as possible to fight against several brokers is to prove their ‘bad faith,’” Ryu said.

“Proving ‘malicious’ registration of trademarks has become very important ever since 2017 when Beijing’s courts ruled against bad faith,” Ryu said. That nonproprietors stalk foreign brands can prove their bad intent for trademark registration.

And this strategy will become more effective following the revision of the trademark law and more companies will be able to find back their trademarks not through ransom, but a legal process.

Effective from Nov. 1, 2019, China amended its trademark law to curb bad faith filings by providing new grounds of challenge at all stages of the prosecution process and imposing greater sanctions against trademark agencies that facilitate such applicants.

While China is trying to minimize IP theft and infringement by agencies, some cases will be more difficult to solve if companies lose their trademarks due to negligence, which, unfortunately, happens quite often. Ryu said it happens due to Korean companies’ high expectations for, or reliance, on the Chinese market. Hoping to make a foray into the world’s second-largest market, Korean companies sometimes hand over trademarks to Chinese partners.

“Quite often your partner in China is not interested in helping you win the market. Rather, they want to buy or borrow your technology so that they themselves can benefit from the popularity of a brand,” Ryu added.

Ryu warned that companies should not get carried away by the market size of the world’s second-largest market, and should ramp up measures to protect their trademarks.

“Many people think that IP theft and infringement occur pervasively in China because they have little awareness of the importance of IP. But that perception is very wrong,” Ryu said. “Chinese people know so well how important IPs are: That’s why they want to own it and that’s what Korean companies should keep in mind.”