Delta hikes stake in Hanjin KAL in support of chairman

The US air carrier reportedly bought 114 shares of Hanjin KAL stake on Thursday and Friday via Goldman Sachs for around 60 billion won ($49 million). Delta now owns 11 percent stake in the holding firm of Hanjin Group.

Hyun-ah, a former Korean Air vice president, holds 6.49 percent stake in Hanjin KAL. Together with shares of KCGI and Bando, the anti-chairman coalition holds a total of 37.08 percent shares of Hanjin KAL. 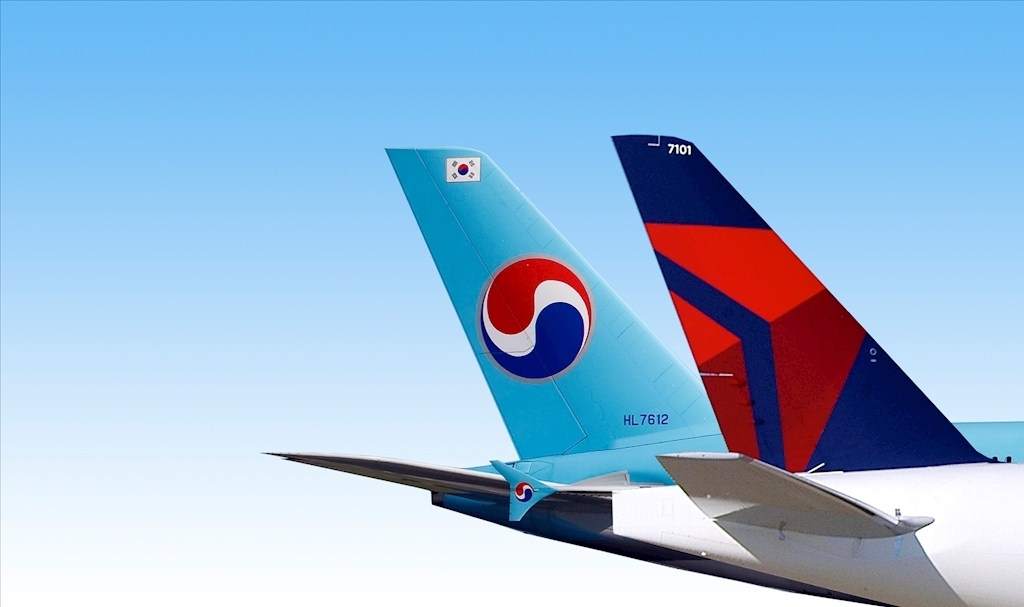 In comparison, Chairman Cho and the rest of the owner family -- his mother Lee Myung-hee and younger sister Cho Hyun-min –-hold a combined 22.45 percent. Along with shares of Delta, Kakao as well as Korean Air executives, who reportedly support the current management, hold 39.25 percent shares of Hanjin KAL.

Industry insiders say to make sure Cho gets reappointed as executive director of Hanjin KAL at the company’s shareholders meeting in March, Delta may purchase additional shares.

“When Delta acquires above 15 percent stake in Hanjin KAL, it has to register for corporate combination, which means that there is an additional 4 percent shares left for Delta to purchase, based on how the situation unfolds,” said an industry insider.

Delta’s close connection with Korean Air dates back to when former Chairman Cho Yang-ho asked to co-initiate forming an air carrier alliance Sky Team Airline Alliance in 2000. In May 2018, the two air carriers created a joint venture in 2018 for long-haul flights demands on trans-Pacific routes.

Although the groups opposing and supporting Cho have been upping the ante prior to the March 24 shareholders meeting, experts say holding more shares of Hanjin KAL is meant to brace themselves for what happens after the meeting.

According to the commercial law, shareholders can exercise their voting rights in March based on the shares acquired before Dec. 26.

“Both sides are clearly aware that acquiring additional stake in Hanjin KAL is the essence of strengthening their position to take control of business management,” said Choi Nam-gon, a researcher of Yuanta Securities, adding that whichever side owns 51 percent first will ultimately be the “winner.”

Earlier this month, the opposing coalition submitted a list of recommendations for board members -- three inside directors, four outside directors and one nonexecutive director -- via its legal adviser. They said the proposal was to normalize the group’s businesses, which were harmed by Cho, who did not follow his father’s will to run the business harmoniously between family members.

Their attacks, however, have met with major opposition, including from other family members, as well as the company’s major labor unions, who side with Cho.